Will apps like PayPal and Venmo make financial inequality worse? 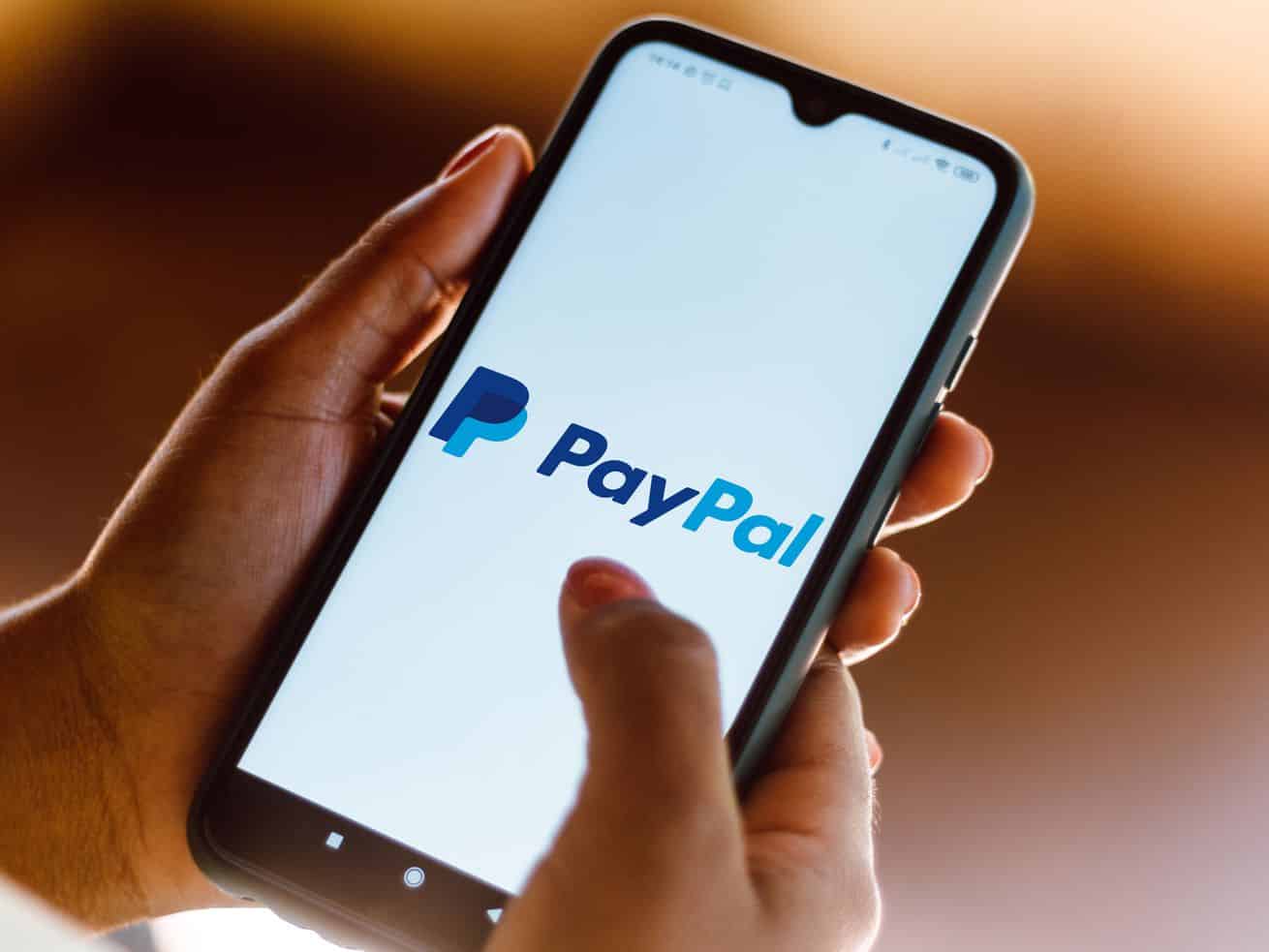 Mobile apps like Venmo, PayPal, and more are filling in some gaps for customers without bank accounts. But there are big drawbacks, too.

Evelynn Jones used to have a bank account with Bank of America. She lost her bank account after depositing a fraudulent check she received in the mail. So today, Jones, a freelancer who works in marketing, primarily uses three alternatives: Fidelity, PayPal, and Stripe.

After her mother died, Jones inherited her mom’s 401(k) account, leading her to use a Fidelity cash management account for her personal transactions. For her business transactions, she primarily uses PayPal and Stripe. She’s using the latter of the two more, because her client management software HoneyBook processes payments with Stripe.

Jones is among others who rely on mobile payment apps. A February 2020 Nerdwallet survey found that nearly 4 in 5 respondents use mobile payment apps, including Venmo, Cash App, Apple Pay, and PayPal. Among the most common reasons people use the apps are to transfer funds to family or significant others (61 percent), pay for online purchases (40 percent), and send funds to friends (37 percent), the Nerdwallet survey found.

According to a May 2020 Federal Reserve report, in 2019, 6 percent of adults were unbanked — without a bank account — and 16 percent were underbanked, or had a bank account, but relied on services like payday loans, check cashing services, or money orders. The Fed also noted that unbanked and underbanked consumers were more likely to have less education or to be part of a racial or ethnic minority group.

As underbanked and unbanked consumers use payment apps to conveniently send cash to others, manage their money better, and access otherwise out-of-reach financial services, these tools can also come with costly fees, a lack of customer service, and cybersecurity risks. If left unaddressed, payment apps could further replicate offline inequality for unbanked or underbanked users.

“I bet Gen Zers are shooting up there really fast, because a lot of them are kind of aging into college years and probably sending money to each other that way,” said Chanelle Bessette, a banking specialist at Nerdwallet, noting that its survey came just before the Covid-19 pandemic took hold. “A lot of people just have payment apps built into their phones, like Google Pay or Apple Pay, which can be either digital wallets or a way to store money and send it to each other. So I feel like every payment app has different features that make it cool for unique reasons.”

So why are payment apps good for people with and without bank accounts?

Given the cleanliness concerns spurred by the Covid-19 pandemic, mobile payments have generally been used for contactless transactions and thus are better for public health, said Beibei Li, associate professor of IT and management at Carnegie Mellon University. For underbanked customers, in particular, mobile payment apps allow consumers to access their money without needing to go to an ATM, which can be inconvenient for people in low-income communities with fewer ATM locations nearby, Li said.

For Jones, PayPal is especially helpful to her as a freelancer because it tracks and organizes business transactions and makes it easy to search for specific transactions. It made sense to hold her funds in Stripe, and PayPal made sense given that clients often use those platforms to transfer anyway, she said.

Li noted that, according to her research examining payment apps and other mobile banking apps, consumers were able to better manage their money, including incurring fewer overdraft and late credit card payment fees.

“It seems like these mobile applications are able to facilitate better for people’s financial management in general. We definitely see that there is a benefit for disadvantaged [groups],” Li said.

For consumers with family in other countries, sending funds through payment apps could allow them to transact through the payment app itself rather than depositing those accounts directly, depending on the circumstances, Bessette said.

Some payment apps can load funds onto a prepaid card and add that card to their account as a workaround for unbanked consumers, she added.

Citing banks’ focus on shareholders and their bottom line, Jones expressed skepticism in the trustworthiness of banks; however, she decided to open an account with Lili, a mobile bank targeting freelancers. But payment apps come with their own headaches: fees, customer service, ATM access, and the financial documents that platforms provide.

Jones has pivoted to freelancing more than once, and her latest stint started in March 2019, before the pandemic began. When charging clients for freelance work, Jones builds the PayPal fees into her hourly and project rates. She once tallied up the fees that went to the payment platform and realized that those funds could have been reinvested into the business.

Both traditional bank accounts and payment apps can come with fees, Bessette noted. Though cash-strapped consumers may be hit with costly overdraft fees, payment apps often come with their own fees for credit card transactions and can result in interest for charges that aren’t quickly paid off, she said. However, like other financial services firms, payment apps have also been introducing their own credit and debit cards to withdraw from their digital accounts.

“I think it’s really interesting because it’s just a way for these companies to keep people on their platform,” Bessette said. “I see that trend happening, and I think payment apps are trying to do something similar where they capture customers into their financial ecosystem. A lot of people don’t necessarily change bank accounts super often, so they end up using Venmo or Cash App much more frequently for banking-type services.”

Though Jones’s experience with PayPal was fine, payment apps broadly have a hands-off approach to customer service, opting to provide users with guides rather than a person to assist users with inquiries, she said. Lauren Saunders, associate director of the National Consumer Law Center, also pointed out the lack of a customer service infrastructure for payment apps. Unlike traditional banks, payment apps don’t have neighborhood brick-and-mortar branches where customers can get one-on-one service, Saunders said.

“Technology works great until it doesn’t,” Saunders said. “For lower-income people who may just have a phone, it’s harder to bang out long emails and to research on the internet, or … they may not have the time to spend on the phone on hold for hours on end trying to hope that they can get to a real person.”

When Jones was searching for an apartment, she found that PayPal’s reports didn’t quite help with documenting her income to landlords. The apartment hunt has been more difficult for her as a self-employed person than it typically would be for salaried renters, and it would be helpful to have reports that illustrate her recurring income, she said.

“It helps the financial services to better evaluate the risk of these historically disadvantaged populations and try to serve them better by understanding their financial risk,” Li said.

But if banks begin harnessing payment app data to assess risk, they should do so with privacy in mind, Li advised. Underbanked consumers could, for example, opt to share some of their social media and financial activities using Venmo to access certain financial services that are otherwise out of reach, she said. A 2020 paper co-authored by Li indicated that analyzing consumers’ financial risk using smartphone usage can make financial products more available to a wider range of consumers.

Besides fees and lack of accessible customer service, Saunders also raised concerns about the digital hurdles and security risks that could be especially damaging to unbanked or underbanked consumers.

“Technology works great until it doesn’t”

For payment app users without secure wifi, public wifi networks are less secure than using the available 3G, 4G, or 5G internet on a smartphone, Bessette said. Per a 2021 Pew Research Center report, 7 percent of all US adults don’t use the internet, down from 48 percent in 2000. Access varies by geography: 6 percent of suburban adults said they aren’t online, compared to 5 percent in urban areas and 10 percent in rural areas. What matters even more is income and education. While just 1 percent of adults making more than $75,000 a year don’t have internet, 14 percent of adults making less than $30,000 don’t have it, Pew reports.

So, for unbanked and underbanked consumers who mainly conduct transactions via cell phones, they may face technological constraints if their phone is out of date, or if they live in a rural area with poor connectivity, Saunders said. On top of that, low-income consumers may only have limited data plans or use prepaid phones, meaning their experience of mobile banking tools could be quite different, she added.

Among the top concerns Saunders has about payment apps are the scams or mistakes on the part of consumers. Unlike traditional banks, payment apps either offer little to no fraud protection for consumers who become victims of scams or mistakenly transfer funds to the wrong person, she said.

Per Nerdwallet’s survey, less than a third (28 percent) of mobile payment app users are buying goods from strangers online. On average, users hold $287 in their accounts before transferring the funds into their bank accounts, the survey found.

Of course, these scams could happen to anyone. Saunders said her son almost sent his security deposit on an apartment to a possible scammer. She also heard from a colleague who received money from a stranger who later frantically called requesting the funds back. Both her colleague and the stranger called their respective financial institutions, but they wouldn’t intervene.

“If you’re low-income, obviously, every dollar counts and anything that you lose to a scammer or to a mistake is all the more devastating,” Saunders said. “You should not use these apps if speed is not important and if you’ve got another way to send money. Because if somebody is insisting that they get paid through one of these apps, your alarm bells should go up.”

Jones said she’s aware of the risks associated with payment apps, but rather than keep her funds all in one spot, she thinks it’s wise to have wealth distributed across various assets, including cash, investments, or even precious metals.

She said she’d like to see banks invest even more in the community and make it easier for new customers to sign up. Unlike regular banks, payment apps don’t require a deposit to open the account, she noted.