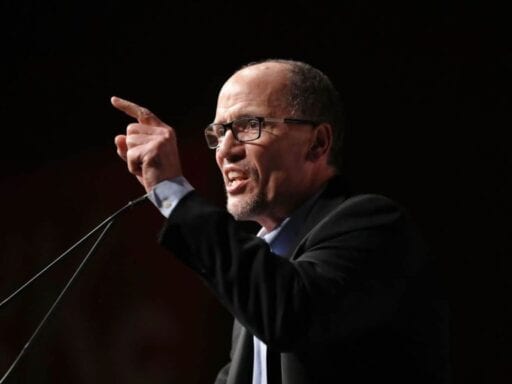 The case for (and against) cautious optimism about the rule changes.

Democrats are in the process of changing the role of unpledged delegates, or superdelegates, in their presidential nomination process. It might seem puzzling that in the wake of Donald Trump’s 2016 takeover of the Republican Party, any party would want to give up control. But the Democrats had problems of their own in 2016, the largest of which was that they lost the election, leaving lots of questions about how the party operates. The proposed changes have been cheered among some in the Democratic Party, including those who supported Bernie Sanders in 2016. They’ve also drawn opposition from various constituencies within the party.

The resolution moving forward would prevent superdelegates from voting in the first round of nomination balloting, participating in the process only if the convention was initially unable to select a nominee.

How would this affect Democratic nominations? There’s no real consensus about how they’ve shaped nominations since they were adopted in the 1980s; they’ve never actually been used to overturn the winner of the primary vote (see Barbara Norrander’s nuanced account of superdelegates in the 2008 contest between Barack Obama and Hillary Clinton). But some argue that their ability to do so looms over the process — some Sanders supporters have maintained that Clinton’s edge in superdelegates deflated some of the Vermont senator’s support. So how should we think about the possible effects of diluting their power?

Starting with the positive, altering the role of superdelegates could improve the party’s legitimacy. Lots of political institutions are suffering from flagging public confidence, and parties are no exception. Improving their stature and reputation is a worthy goal on its own.

A weightier point concerns the way the new rules would reconfigure the relationship between formal and informal candidate selection processes. To the extent that superdelegates have mattered, it’s been on the informal side. Superdelegate support for a particular candidate can be part of the invisible primary, signaling which candidates are strong and edging out competition before it begins.

If the role of these unpledged, automatic delegates shifts from this informal, elite-centered winnowing to being able to help decide in the case of a contentious nomination, this might make real competition over nominations more viable. The party could make a legitimate choice rather than trying to head off competition early in the season.

At the same time, there are some possible drawbacks. DNC Chair Tom Perez is quoted as saying “the changes were necessary to ensure that ‘no candidate participating in our presidential nominating process gains any unfair advantage.’”

While the logic of this statement is appealing on the surface, it’s not clear that this kind of “fair to everyone” standard makes sense in contemporary party politics. In past eras, parties have had distinct factions associated with particular points of view or geographic regions. Now these groups are often less crystallized within parties.

What specific factions, for example, might form in a competition among, say, Joe Biden, Elizabeth Warren, Cory Booker, and Kamala Harris? It’s safe to say that many of those voters across all four candidates might consider themselves liberals. Women, people of color, and union members — to name a few organized constituencies in the Democratic Party — might gravitate to any of the four for various reasons.

So “fairness” isn’t really about balance among different wings of the party. Then it becomes a matter of being fair to specific candidates — and that’s just not what seeking high office is about. There’s no set of values that requires everyone to have a fair shot. Part of the climb is winning support and figuring out the rules of the game. There are lots of problems with access to political office, but fairness among elites trying to seek even higher office probably isn’t a great place to start.

Finally, it’s not clear that any set of rules can be entirely neutral when it comes to intraparty competition. As Austin Ranney observed back in the 1970s, “the contests between those who urge and those who resist particular reform proposals are real fights over important stakes, and any party politician who recognizes that such a fight may put his own position in the balance has no choice but to participate.” It’s difficult for parties to avoid this dilemma; the rules need to help resolve conflict but are shaped by the same politicians who are invested in the outcomes.

Accountability and representation are important in party politics, but, as Seth Masket and I have been writing about for a few years now, internal democracy is an unclear standard on which to fixate. Rule changes that open up important party decisions to voters expose the party to more risk, not because voters are incapable or ignorant but because voting is an incredibly tough mechanism for coordination, leaving the parties vulnerable to all sorts of problems, including hostile takeovers by outsiders, nominating candidates who lack support from important groups within the party.

Furthermore, the kinds of qualities that might really distinguish otherwise qualified and ideologically similar candidates may be difficult to assess at a distance through ads and rallies. (This is true in general elections as well, which is why party vetting and party labels serve important purposes.) By focusing on intraparty democracy, leaders can actually make it harder for the party to select a legitimate nominee in a competitive environment or to engage in what Elaine Kamarck has labeled “peer review.”

Parties need to take legitimacy questions seriously right now, and democratic institutions aren’t very valuable if they stray too far from values like competition and accountability. But party leaders need to be clear about the trade-offs involved, and observers should look at the balance between formal and informal mechanisms to manage competition, not only at the “horse race” over party rules between the establishment and its critics. And everyone should remember that selecting a qualified presidential nominee should be the main goal for any major party, and it doesn’t just happen automatically.