Will summer camp be open this year? 4 directors weigh in. 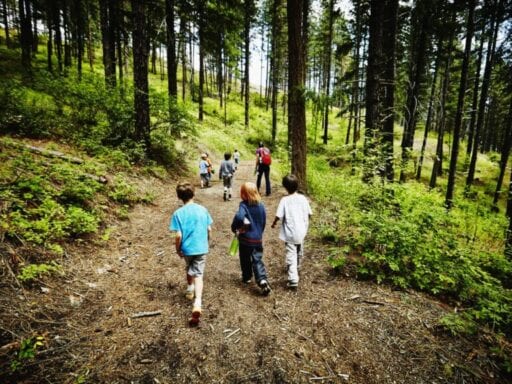 Share
Loading...
Summer camp directors across the country are weighing whether to open their doors to kids during the pandemic. | Thomas Barwick/Getty Images

“Social distancing is the opposite of what camp is supposed to be like.”

The future of summer camps has been decided. And among the 14,000 across the country — from a horse ranch in Wyoming to a science lab in Seattle — there is by no means a consensus.

Many camps have opted to write off 2020 as a lost cause, while some, especially in more rural areas, are expecting to hold camp as normal. Others tried to split the difference: This will be the summer of virtual camp.

The decision-making around whether to close is a strange patchwork. While some states and counties landed hard on one side of the debate — most prominently, Minnesota blocked all overnight camps from whirring into action this summer — most often, governmental guidance has remained vague enough that the decision about reopening has fallen to the camps themselves.

Camp directors have not taken that responsibility lightly. Summer camps have become a flashpoint for much larger challenges emerging out of the pandemic: Parents are seeing their usual child care plans erode, and summer camps — if they are allowed to open — provide kids a safe environment to make friends, play sports, or design science projects while their parents work. This is especially true for children from low-income families and with special needs who don’t have equal access to learning and community resources now that schools are shuttered. But both camp directors and parents have to weigh the positives against much larger fears about safety and affordability.

The summer camp directors that Vox spoke to know these concerns well. They have called up parents, listened in on local public health meetings, and drafted dozens of pages outlining how — and whether — their camps can safely welcome kids in the coming months.

In some cases, there might be reason for optimism. The YMCA and the American Camp Association, for instance, offered up the possibility that sleepaway camps with enough tests might be able to create a “bubble” — if all campers and counselors test negative, and they “shelter in place” together in the woods, their risk of contracting the virus might remain very low. However, this may not be plausible until deeper into the summer.

These interviews have been lightly edited for clarity.

2020 status: some virtual, some in person with social distancing

When the NBA officially closed [on March 11], we started thinking for the first time that maybe camp would be canceled. Around mid-March, applications started dwindling a little bit, and we did have to start talking about canceling. I just shut down. It was very overwhelming for me, the thought of not having camp, because I recognize the importance of our girls getting together.

Especially our camp, targeting a specific demographic of black girls, it’s really important for us not to cancel. Kids need a place to go where they can be themselves outside of the classroom, where they can get to meet a different group of people, and where they can stir up a passion for something that they won’t be able to experience throughout the school year.

[For the coming summer, we decided on] doing a happy medium. We’re going to have some virtual elements online and some in-person, social-distanced activities.

So, for example, we’re going to do a Yoga Day, where we’re going to have small groups of 10. Their yoga mats will be 6 feet apart. We’ll make sure to have all the cleaning supplies and we’ll have masks. We’re also planning in-person hikes and other activities our campers wouldn’t be able to do indoors.

The thing that is pushing us forward is the fact that now more than ever, if kids have been locked inside of their houses, we wanted to make sure that we could at least try to give them something to look forward to. [They need] some way to get out of the house and to have a change of scenery, even if it’s just for a couple of hours for a few days.

“Some of the adult staff members, because of age or other factors, fall into high-risk categories”

We announced yesterday afternoon that we are canceling for the summer. We were thinking about two separate questions: Can we open camp? And if we can, should we open camp?

The question of “Can we open camp?” relies on a number of governmental and other regulatory organizations: the counties, the states, the American Camp Association. Then we had some logistical questions with our insurance carrier with whether they would provide liability and other insurances in the event of a Covid-19 situation. The question of our vendors’ abilities to provide food and cleaning supplies was also unanswered.

Then the second question is should we open camp even if we can? We have a medical committee made up of a team of doctors and nurses that work at our camp. How do they feel about us opening up? And how would I feel as executive director to take on that responsibility?

In March, I couldn’t fall asleep because I didn’t know what would happen to camp, to our staff, to me, if we couldn’t open because of Covid. There are so many unknowns about Covid six months into our experience with the disease, and we definitely haven’t figured out how to safely manage it in relatively sealed spaces with shared living. I would never want the people I take responsibility for to be guinea pigs in an experiment that will hopefully keep them safe.

There were questions like, could we provide the type of summer experience that is our brand in light of the recommendations that the government and the American Camp Association would require us to follow? Do we actually think our kids and adolescents are capable of following those guidelines even if we are fully committed to them?

[Another concern was] some of the adult staff members, because of age or other factors, fall into high-risk categories. Some younger campers and staff would fall into those categories because of health issues as well.

What we heard from our parents in March and April was a lot of hope, a hope that we can safely open. We’ve heard a small smattering of, “You should totally open,” but [there was] overwhelming support once we made the announcement that laid the groundwork for us to close. Last night I probably heard from over 100 people, and [only] a single camper parent felt we made the wrong decision.

“How do we balance the budget? In all honesty, we don’t. Camps running this summer won’t.”

Starting as early as March, I started from the get-go making sure that we increase our communication with parents. I made a 12-parent advisory board. I sent a survey out to all the parents, and 90 percent wanted camp to still run, whether that was in a live format or in a different way. A lot of parents need child care, is the biggest feedback we’re getting. They need to go back to work. They have to have solutions out there for kids, and they’re also concerned about the social impact of not having school.

We developed a 52-page mitigation plan covering policies and procedures and hired a camp consultant. Our camps will be modified, but they will open.

We want to provide resources for as many families as we can, but it is challenging. Trailside is a nonprofit; the additional supplies, staffing, insurance, rental, equipment come at a cost.

[As we plan for our in-person camp,] our numbers are not where they previously were. Right now we have over 100 campers signed up. We usually have 220. We’re going into our reserves to fund the summer, because our numbers aren’t what we’re used to. And we’re actually seeing an increase in scholarship applications as well due to the financial impact that families have had.

How do we balance the budget? In all honesty, we don’t. Camps running this summer won’t. We didn’t want to financially impact our parents, so we removed any cancellation fees, our year-round staff has taken a pay cut, and we are tapping into our reserves to sustain ourselves. A $150k loss is a sacrifice needed to serve our community and provide an essential service to parents, caregivers, and campers.

We all see that things will be different now and for the foreseeable future. How we do everything from administrative tasks to buddy checks will change to “Social distance check,” “Mask check.”

I’ve been a camper at Taconic since 1997 and a counselor since 2006, so collectively I’ve spent over 20 summers at Taconic. I met my husband at Taconic in 2008. He is from the UK, and we got married in London in 2014. Our son is 19 months old. This would’ve been his second summer with us at camp.

For the past two months, we explored all avenues that we may have had to take in order to open camp. After going over CDC, ACA [American Camp Association], and Massachusetts guidelines, along with the advice from many medical experts, we still felt that the likelihood of Covid-19 becoming present in our camp community was high.

Taconic actually just decided not to open camp for this summer. Hearing from our own pediatricians, who we trust implicitly, really helped with our decision. In addition, sleepaway camps were put into “phase three” [of reopening] in the state of Massachusetts, and there is still a lot of gray area surrounding that. We weren’t sure when we would have been able to open.

Most of our campers and staff think of Taconic as their second home, and it’s hard to imagine not being there this summer. I think many of our families and staff saw camp as the light at the end of the tunnel. We still wanted to be able to provide that safe, carefree, and nurturing environment that we have done for so many years, so we were really holding out every last bit of hope that we could somehow do that.

[Ultimately,] social distancing is the opposite of what camp is supposed to be like. Campers and staff are constantly high-fiving, hugging, hanging out on each other’s beds, and playing sports. It would be impossible to monitor and enforce.

Read Fiona Hill’s scathing opening statement in the impeachment hearings
Why tigers get coronavirus but your dog will be fine
GOP lawmakers react to Trump-Putin summit: lots of condemnation, few concrete plans
A secret recording of a Trump dinner confirms one of Lev Parnas’s allegations
How Germany helped make renewable energy cheap for the rest of the world
Italy puts 16 million people under quarantine to curb the spread of coronavirus