With Spinning Silver, Naomi Novik cements her status as one of the great YA fantasy authors 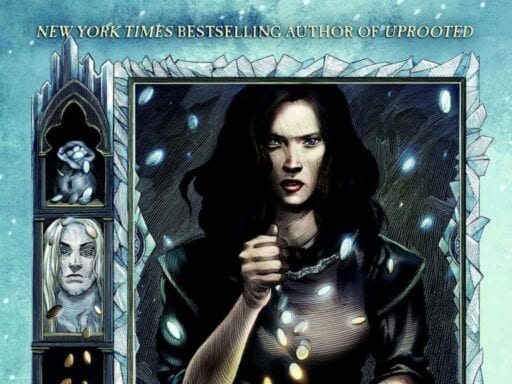 It’s a shivery new Rumpelstiltskin story where the princess is the spinner.

Spinning Silver, a new YA fantasy from Naomi Novik, reads like a fairy tale you already know in your bones. But this fairy tale lets its heroine be both monster and princess, both gold-hoarding Rumpelstiltskin and virtuous miller’s daughter.

Actually, to be precise, Spinning Silver’s heroine Miryem is a moneylender’s daughter. Her father isn’t a very good moneylender; afraid of seeming harsh or cruel, he has given away his family’s money to people with no intention of paying it back, and now they are on the brink of starvation. So Miryem takes it upon herself to get the money back, going from door to door, “wrapped in coldness,” and demanding payment from all those who owe debts to her father.

“After that,” Miryem concludes dispassionately, “I was the moneylender in our town. And I was a good moneylender.” Her astonishing business skills earn her a reputation for being able to spin silver into gold — and thereby catches the eye of the king of the Staryk, the elvish personification of winter in the story’s Lithuanian-analogue fantasy world.

What ensues follows the familiar rhythms of fairy-tale logic: Wishes manifest themselves in unsettlingly literal ways; trees planted on the graves of virtuous mothers bestow gifts; everything comes in sets of three. But it’s Novik’s great gift to be able to write characters who seem to create their fairy-tale patterns organically, without being prodded into place by the shape of the story.

Miryem is fundamentally a businesswoman and a bargainer, so when she begins to enter contracts with the trickster Staryk — “each night, in exchange for my rights, I will ask you five questions” — it feels true to her character. Their agreement also bears a striking resemblance to the one from “Beauty and the Beast,” in which the Beast demands that Beauty allow him to ask her a question at the end of each night and always asks for her hand in marriage, but the trope’s resonance hits you second. The character moment comes first.

Spinning Silver is a spiritual successor to Novik’s 2015 novel Uprooted, for which she won the Nebula for best science fiction and fantasy novel. While the books don’t take place in the same universe, they’re both set in fantasy lands with Eastern European influences, and they both play with fairy-tale tropes without becoming literal retellings. (Novik got her start in fanfiction, which means she comes by her ability to deconstruct tropes honestly.)

The novels also both revolve around the same romance trope, in which a feisty young girl is kidnapped by an immensely powerful older man whom she must change for the better. The power dynamics here are questionable, to say the least, but the way Novik insists on her heroine’s agency makes the story palatable, and the conclusion is undeniably satisfying. What makes the trope more or less work in the end is that Novik’s girls are not just heroines. They are also monsters, even if they have their reasons for what they do.

Novik’s world-building is rich and detailed, with a magical system that makes emotional sense. It is also a religious world: Miryem and her family are Jewish — that’s part of why they are moneylenders — and Miryem’s religious practice is a fundamental part of her arc. Jews are surprisingly rare in medieval fantasy, despite how many of America’s best fantasy writers are Jewish (Peter S. Beagle! Jane Yolen!), and Miryem’s Jewishness is a welcome addition to the genre that makes her world feel wide and lived-in.

Novik’s voice is simple and evocative, but it can occasionally feel cluttered: Miryem is one of six narrators, all of whom speak in the first person without any signposting of who they are to help the reader distinguish between them. It gets confusing. Still, the emotional terrain of the book stays clear and compelling, even as the sprawling cast of characters form and betray one alliance after another.

Spinning Silver follows in the tradition set by Robin McKinley of fairy-tale worlds populated by fairy-tale characters who feel like real people, and of princesses with strength and agency. But it moves the tradition forward. It’s a bright new installment from an author who’s poised to become one of the definitive YA voices of her era.

Pelosi announces impeachment managers for Trump’s trial
Mark Zuckerberg is spending millions like never before to overhaul a landmark law
Here’s how much you had to make in 2017 to pay more income tax than Donald Trump
Live results for the June 30 primaries
California’s wildfires are hardly “natural” — humans made them worse at every step
Serena Williams had to manage other people’s feelings about her. Again.