Woody Allen is suing Amazon for dropping him over “baseless allegations” 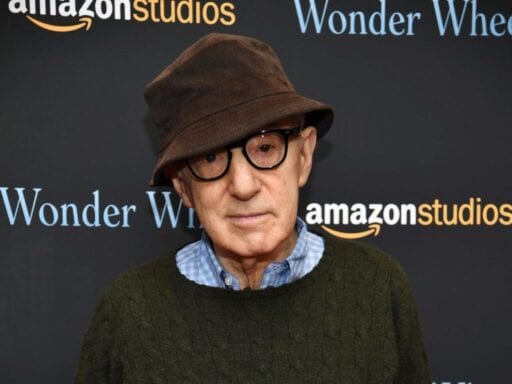 The results could be important for Hollywood’s future.

A year ago, a rumor surfaced: Amazon was trying to dump Woody Allen, with whom it had signed a four-movie contract in 2017. The first of those films, A Rainy Day in New York, was shot in 2017. But it seemed to be in limbo, with no release date set — and the lack of detail surrounding its future didn’t seem accidental, given that all that was happening in the wake of the #MeToo movement.

Now Allen is firing back. On Thursday, he filed a breach of contract suit in New York, seeking $68 million in damages from Amazon for allegedly trying to back out of the deal in June 2018 and “reneg[ing] on its promises” to Allen.

“Amazon has tried to excuse its action by referencing a 25-year-old baseless allegation against Mr. Allen, but that allegation was already well-known to Amazon (and the public) before Amazon entered into four separate deals with Mr. Allen—and in any event, it does not provide a basis for Amazon to terminate the contract,” the suit reads.

The suit references an allegation by Allen’s daughter, Dylan Farrow, who says that her father molested her when she was 7 years old. (Farrow’s mother is Mia Farrow, who adopted Dylan in 1985; Allen later adopted her as well.)

This allegation was the source of extraordinary controversy and media attention in the 1990s, during a custody battle between Mia Farrow and Allen following an acrimonious breakup, after he left Farrow for her other adopted daughter, Soon-Yi Previn. (Previn and Allen have been married for decades, and Previn recently gave a rare interview to New York Magazine in which she defended Allen and dismissed Dylan Farrow’s claim.) Each side disputed the other’s account of events. But the media coverage died down after a while, and Allen continued to make movies at the rate of about one per year and be celebrated by the industry.

As the lawsuit states, Amazon entered into its agreement with Allen with full knowledge of these allegations, which have been public for years. And Allen had worked with the company several times prior to signing the four-picture contract. Amazon Studios distributed his 2016 film Cafe Society, which opened the 2016 Cannes Film Festival; later that year, he made his television debut on Amazon’s streaming service with the six-part miniseries Crisis in Six Scenes.

The company also produced and distributed Allen’s 2017 movie Wonder Wheel, which became Amazon’s first self-distributed film. After that, Allen and Amazon agreed that the company would produce and distribute his next four films, the first of which would be A Rainy Day in New York.

This timeline overlaps with renewed allegations of sexual abuse and misconduct against Allen. Dylan Farrow, who had been living under an assumed name, commented publicly about the allegations in 2014 — the first time she had done so as an adult — writing an open letter that New York Times columnist Nick Kristof published on his blog. The letter was published several weeks after Allen was awarded the Cecil B. DeMille award for lifetime achievement at the 2014 Golden Globes, which sparked renewed controversy; shortly afterward, he was nominated for an Oscar for his Blue Jasmine screenplay. Allen responded to the letter in the New York Times, maintaining his innocence.

In 2016, Ronan Farrow — Dylan’s brother, and Mia Farrow’s only biological child with Allen — wrote a column in the Hollywood Reporter renewing the accusations. The column was published around the time Allen’s film Cafe Society (which would be distributed in the US by Amazon Studios) opened the Cannes Film Festival.

“The old-school media’s slow evolution has helped to create a culture of impunity and silence,” Farrow wrote. “Amazon paid millions to work with Woody Allen, bankrolling a new series and film. Actors, including some I admire greatly, continue to line up to star in his movies.” (Farrow would go on to win the 2018 Pulitzer Prize for Public Service, alongside New York Times reporters Jodi Kantor and Megan Twohey, for his investigative journalism in the New Yorker that helped expose Harvey Weinstein.)

Dylan and Ronan Farrow continued to speak out against their father, and Amazon repeatedly renewed its involvement with Allen during that timeframe. The allegations don’t seem to have posed a problem until the #MeToo movement gained momentum in the wake of the Weinstein story.

According to Allen’s suit against Amazon, in December 2017, two executives at Amazon Studios, Jason Ropell and Matt Newman, met with Allen and representatives from his production company to discuss “the negative publicity and reputational harm that Amazon Studios had received because of allegations made against its former President, [Roy] Price, and its association with Harvey Weinstein and The Weinstein Company.” (It’s no accident that Allen’s lawsuit frames the conversation, which was theoretically about Amazon’s reticence to release Allen’s film in the new climate around allegations of sexual assault, in terms of Amazon’s issues in the wake of the #MeToo movement.)

Executives at Amazon then allegedly proposed a meeting in Seattle to discuss marketing for A Rainy Day in New York; the meeting did not occur, the suit says, but the company requested that the film’s release date be pushed into 2019.

Then, according to the suit, in June 2018, Amazon attempted to back out of its contract with Allen altogether, saying that their agreement was “impracticable” and “supervening events, including renewed allegations against Mr. Allen, his own controversial comments, and the increasing refusal of top talent to work with or be associated with him in any way, all of which have frustrated the purpose of the Agreement.”

Among the actors who had professed their unwillingness to work with Allen again in late 2017 and early 2018 were A Rainy Day in New York stars Timothée Chalamet, Rebecca Hall, and Griffin Newman, all of whom expressed regrets and donated their salaries for the film to organizations including Time’s Up, RAINN, and the LGBT Center in New York. (Jude Law, Elle Fanning, and Selena Gomez also star in the film. Law and Gomez defended Allen; Fanning demurred.)

Allen’s suit maintains that Amazon had no contractual basis to back out of the agreement. He’s seeking $68 million in compensation not just for the broken contract, but also the reputation boost he says Amazon received from its association with him.

The Hollywood Reporter points out that Amazon’s fate in the suit may depend on a legal doctrine known as “frustration of purpose,” which has to do with unforeseen events that thwart the parties’ original purpose for entering into a contract.

The result of the case could set a precedent for other companies in Hollywood. If Allen wins his suit against Amazon, it’s a signal that allegations made against prominent figures may have limited consequences for their future creative endeavors, provided they are not found guilty of those accusations in a court of law.

If Amazon wins, studios may become more willing to drop associations with talent who are accused of sexual harassment and assault without fear of the legal consequences or worrying about breach of contract. Given that it’s especially difficult, by nature, to prove allegations of sexual harassment and assault, the case could have long-lasting effects on the future of Hollywood.

23andMe laid off 100 employees due to slowing DNA kit sales
After losing more than $1 billion, GM makes a deal with striking workers
America’s monopoly problem, explained by your internet bill
The government keeps its use of facial recognition tech secret. The ACLU is suing.
The Supreme Court showdown over Obamacare will be delayed until after the election
“I sold my face to Google for $5:” Why Google’s attempt to make facial recognition tech more inclusi...