Yes, the Georgia election law is that bad 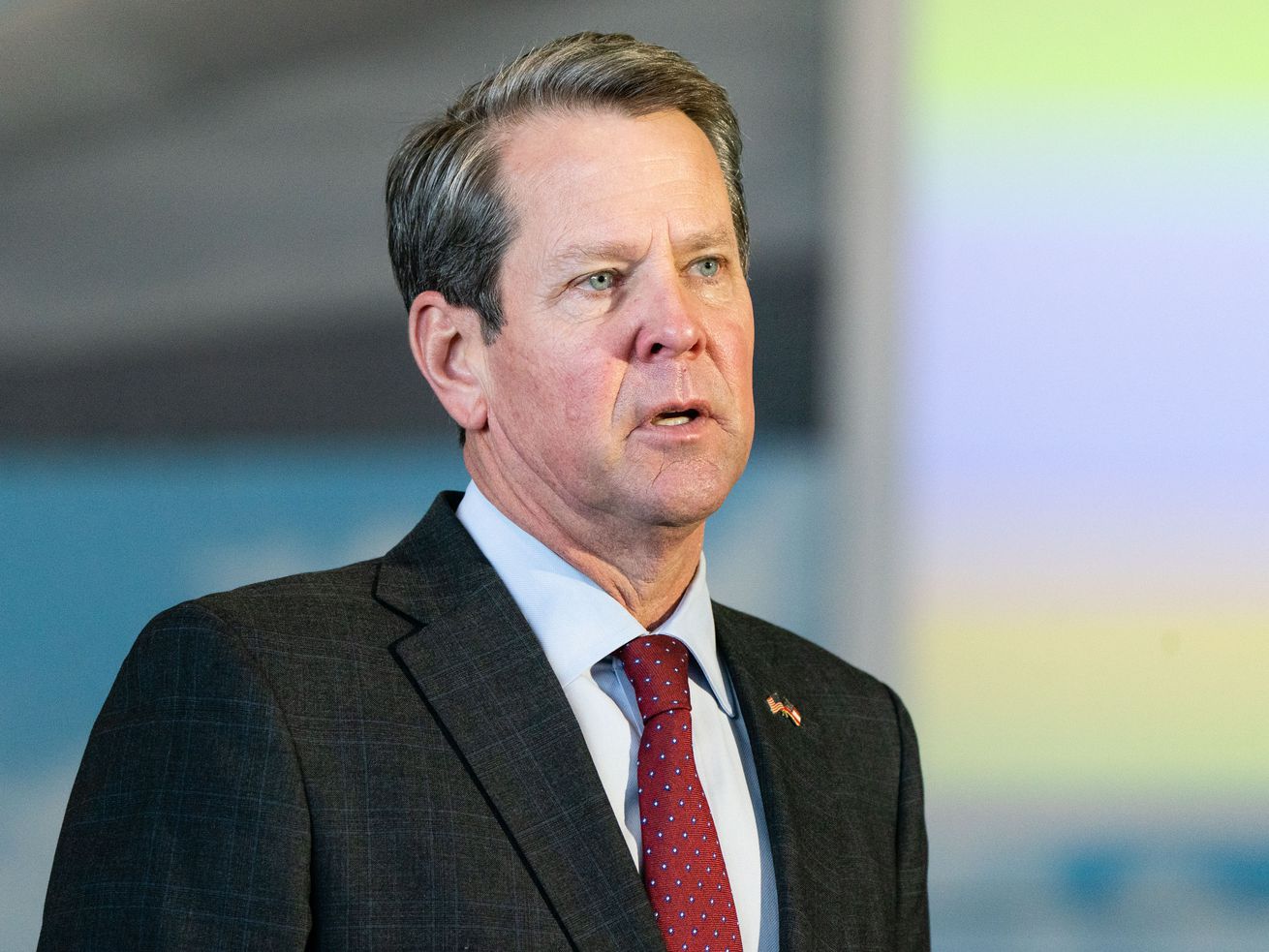 The debate over whether Georgia’s law really suppresses voting reveals just how imperiled American democracy is.

Georgia’s new election law SB 202, which many experts decried as an attack on the fundamental fairness of the state’s elections, was compared to Jim Crow by many leading Democrats. Now some observers are pushing back, arguing the bill falls well short of a democratic apocalyptic.

In the New York Times, Nate Cohn concluded that “the law’s voting provisions are unlikely to significantly affect turnout or Democratic chances.” Slate’s Will Saletan notes that some provisions really are troubling, but that the bill also contains good provisions and that critics have “overhyped” their concerns. Brian Riedl, a senior fellow at the conservative Manhattan Institute, writes that “the idea this is an epic war on voting rights is simply absurd.”

On one level, it’s a fair topic of conversation, and the critics make some good points. Research on the effect of voter ID requirements often does find small or no effect on turnout; President Joe Biden’s description of the bill as “Jim Crow on steroids” certainly overstates the case.

But at the same time, some of the policy conversation about the Georgia bill is deeply frustrating. The close reading often takes place in a vacuum, disconnected from the context that gave rise to the law in the first place.

The fundamental truth about SB 202 is this: Its very existence is predicated on a lie. The bill’s passage was motivated by unfounded claims of fraud in the Georgia presidential elections — lies that Donald Trump spread and continues to spread, with the help of both state and national Republicans.

“President Biden, the left, and the national media are determined to destroy the sanctity and security of the ballot box,” Georgia Gov. Brian Kemp said in a statement after the bill’s signing.

The problem with discussing Georgia’s law solely in the narrow terms of what this or that provision does is that it implicitly concedes that the law is a reasonable enterprise to begin with: that the rationale for its passage is legitimate rather than an effort to further a fraudulent and dangerous narrative.

“The conversation is something like the mid-2000s debate over whether torture works. It basically doesn’t, but to even have that debate is to have surrendered something,” writes Seth Masket, a political scientist at the University of Denver.

The Georgia bill is not merely the sum of its provisions in a country where 60 percent of Republicans believe the 2020 presidential election “was stolen” from Trump through voter fraud — it validates a lie that is corroding American democracy. It also extends and deepens a much older Republican campaign to rig the system in their favor.

The debate over the bill’s provisions, briefly explained

Let’s start by getting clear on what Georgia’s new law actually does.

SB 202 is a big piece of legislation, containing a number of provisions touching on different aspects of election law. In his analysis, Cohn divides these provisions into four buckets: new regulations on absentee voting, new in-person voting rules, changes to runoff elections, and expansions of the state legislature’s power over election administration.

Many critics of Georgia’s law, myself included, have argued that this last set of provisions is the most troubling one. It gives Georgia’s Republican-controlled General Assembly effective control over the State Board of Elections and empowers the state board to take over local county boards — functionally allowing Republicans to handpick the people in charge of disqualifying ballots in Democratic-leaning places like Atlanta.

Saletan argues that there are sufficient safeguards in the bill to prevent abuse of these powers, but this is a minority view. Voting rights advocates, experts I’ve spoken to, and even Cohn all think there’s a serious potential for abuse here. “This represents an obvious threat to American democracy,” he concludes after an in-depth analysis of the new provisions.

The more serious arguments that Georgia’s law isn’t so dangerous focus on Cohn’s other three buckets, which include regulations that:

But here’s the surprising thing: There’s some decent political science research that making voting marginally easier or harder, through policies like voter ID laws or expanding the use of drop boxes, doesn’t really affect turnout all that much.

“In the contemporary United States, with such wide and ready access to the ballot, changes around the edges don’t disenfranchise people,” Rich Lowry writes in National Review. ”It’s hard to believe that one real voter is going to be kept from voting by the new [Georgia] rules.”

The likely effect of Georgia’s ballot access provisions is the sort of thing that reasonable people can disagree about. The evidence on their effects is genuinely mixed; it’s fair, even important, to try to pinpoint exactly what effects certain provisions of the bill are likely to have.

But it’s not the most helpful way to think, and frame the conversation, about the Georgia bill.

Policies are enacted to solve problems. In the case of SB 202, the alleged “problem” is simple: that voters have had a crisis of confidence in the results of the 2020 vote and the integrity of Georgia’s elections.

“The way we begin to restore confidence in our voting system is by passing this bill,” Georgia Rep. Barry Fleming, the bill’s sponsor, said during a floor debate on his proposal.

But this is a problem entirely of Republicans’ own making. From Trump on down, key party leaders and operatives have worked to sow doubt in the validity of the 2020 results. By passing SB 202, Georgia’s Republicans are merely ratifying their own lie.

Think about this from the point of view of someone who believes the Trump story of the 2020 election: that mail-in ballots were fraudulent, that in-person votes are the only reliable ones, that local election officials in heavily Democratic areas like Atlanta cheated, and that feckless state-level Republicans like Georgia Secretary of State Brad Raffensperger refused to intervene to stop them out of cowardice.

This is all a ludicrous fantasy, of course. But if you really believed it and wanted to prevent it in the future, then you would have designed a bill like SB 202: one that makes mail-in voting harder and takes power away from voting officials who failed to “stop the steal” in 2020.

And that, in fact, appears to have been what was on state legislators’ minds when they wrote the bill. Stephen Fowler, a Georgia reporter who covers elections, writes that “the vast majority of Georgia’s rank and file Republican elected officials jumped on board a series of hare-brained lawsuits and schemes to try and overthrow the state’s elections.” In December, Georgia House Republicans held a series of hearings in which speakers like Trump attorney Rudy Giuliani were invited to spout theories about how the election was stolen from Trump.

“Democrats are relying on the always-suspect absentee balloting process to inch ahead in Georgia and other close states,” Fleming wrote in December. “If elections were like coastal cities, absentee balloting would be the shady part of town down near the docks you do not want to wander into because the chance of being shanghaied is significant.”

Josh McLaurin, a Democrat in Georgia’s House, told me that the state GOP is “a party whose election policy is driven by Trump’s ‘big lie’” — reverse-engineering SB 202 to solve the wholly fictitious problems invented by Trump and his allies.

The new rules aren’t just premised on a lie. Their enactment also validates that lie.

The successes and failures of the GOP’s anti-democratic agenda

Here’s another piece of context the debate over SB 202’s provisions is missing: The GOP has been working to fix state election rules across the country in its favor for years now, a campaign that’s accelerating in the wake of Trump’s claims of a stolen election.

According to the Brennan Center, a nonpartisan institute that studies voting rights, there are currently 361 bills in 47 statehouses around the country that would restrict the franchise — most of which attempt to put limits on absentee votes. These bills, according to Brennan, are “a backlash to 2020’s historic voter turnout” being pushed “under the pretense of responding to baseless and racist allegations of voter fraud and election irregularities.”

So far, these bills have only passed in Republican-controlled state governments like Georgia’s — and recent history suggests they’re only likely to pass in such governments. A new working paper by the University of Washington’s Jake Grumbach attempted to measure the health of democracy in all 50 states between 2000 and 2018. The findings were unambiguous: Republican control over state government was correlated with large and measurable declines in the health of a state’s democracy.

It’s fair to say, at this point, that the Republican Party is engaged in a long-running, at times systematic attempt to change the rules in their favor. Not every tactic they’ve used in the fight has been equally effective; gerrymandering, at both the state and national level, has a much clearer partisan effect than voter ID laws.

But the fact that some of these laws don’t end up being effective at suppressing turnout isn’t a defense of the GOP. Attempted murder is still a crime. And focusing too heavily on the details of any one bill not only misses this overall context, but also serves to normalize the GOP’s anti-democratic project.

Of course Democrats shouldn’t lie, or even exaggerate, about Georgia’s law. But they’re right that the bill contains several extremely dangerous new provisions, and they’re also right that the broader context suggests the stakes of our current fight over voting really are existential.

“We’re so obsessed with estimating causal effects of suppression efforts we have ceded important normative ground,” writes Hakeem Jefferson, a political scientist at Stanford. “The right to vote is sacred. Access to the ballot should be expanded, not burdened.”

There’s only one party in modern history whose presidential candidate refused to concede when they lost a national election. It’s the party whose candidate is still insisting that he won the 2020 election, whose partisans violently attacked the US Capitol on January 6 in a last-ditch effort to keep their man in power. Now, that party is using its fantasies of fraud to justify legislation like what passed in Georgia.

And we can expect more attacks on election integrity in the coming months from GOP-controlled statehouses — because the Republican Party, as an institution, seems perfectly willing to use Trump’s big lie as a pretext to seize more power.