You can get reinfected with Covid-19 but still have immunity. Let’s explain. 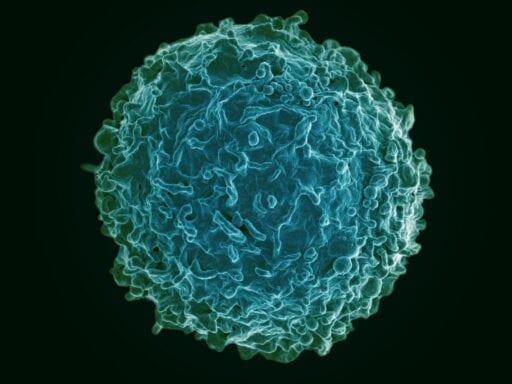 A 33-year-old man was confirmed to be reinfected with Covid-19. This likely isn’t as bad as it sounds.

Researchers in Hong Kong have reported that a 33-year-old man has been reinfected with SARS-CoV-2, the virus the causes the Covid-19 disease. There have been anecdotal reports of reinfections in the US, but this time researchers have clearer evidence: They determined the genetic signature of the second infection did not match that of the first.

There’s still a lot not known about the case. The researchers, who are medical scientists from the University of Hong Kong, announced their finding in a press release. (They say a paper in the journal Clinical Infectious Diseases is forthcoming; a few pages of the report are circulating on Twitter.) When the report is finally published, there’s sure to be more scrutiny from the scientific community.

On this topic of reinfection, we can be reassured: The report, if corroborated, is in line with what immunity experts have been telling us is possible with this virus. The most important detail: The man was not symptomatic during his second infection, which shows that his immune system did respond to the virus.

“This is no cause for alarm,” Yale immunologist Akiko Iwasaki tweeted about the new results from Hong Kong. “This is a textbook example of how immunity should work.”

1) Second infection was asymptomatic. While immunity was not enough to block reinfection, it protected the person from disease. (2/n) pic.twitter.com/C65F8ff5UN

According to the Hong Kong researchers, the first time the patient got sick, he felt ill: He had a cough, a sore throat, fever, and headache, and had to be hospitalized. The second time the patient tested positive for the virus — four and a half months later — after being screened at the airport, he felt no symptoms at all. As virologist and physician Muge Cevik explains on Twitter, this is “in a way reassuring.” It’s what you’d hope to see the second time someone is infected with a virus: a less severe reaction.

Which is all to say: You can be reinfected with the virus but still have some protective immunity to it. Why? There are many, many components of our immune system that are working together to fight the virus. And immunity doesn’t mean one single thing.

There are no simple stories about immunity and Covid-19

The immune system is profoundly complicated, and “immunity” can mean many different things. A lot of this nuance gets lost in headlines about immunity.

For instance: Previous research has shown that neutralizing antibodies — immune system proteins that latch onto pathogens and prevent them from infecting cells — can wane in the months after a Covid-19 infection. Headlines wondered if that meant the end of herd immunity hopes.

But what’s often misunderstood is that antibodies are only one component of the immune system, and losing them does not leave a person completely vulnerable to the virus.

In fact, there are several parts of the immune system that may contribute to lasting protection against SARS-CoV-2.

One is killer T-cells. “Their names give you a good hint what they do,” Alessandro Sette, an immunologist at the La Jolla Institute for Immunology, told me in July. “They see and destroy and kill infected cells.”

Antibodies, he explained, can clear virus from bodily fluids. “But if the virus gets inside the cell, then it becomes invisible to the antibody.” That’s where killer T-cells come in: They find and destroy these hidden viruses.

While antibodies can prevent an infection, killer T-cells deal with an infection that’s already underway. So they play a huge role in long-term immunity, stopping infections before they have time to get a person very sick.

And it’s not just killer T-cells and antibodies. There are also helper T-cells, which facilitate a robust antibody cell response. “They are required for the antibody response to mature,” Sette says.

Some proportion of the population (perhaps 25 to 50 percent of people) seem to have some preexisting T-cells (of both varieties, but the helper kind have been more commonly observed) that respond to SARS-CoV-2, despite these people never having been exposed to SARS-CoV-2. (The theory is that these people may have acquired these T-cells from being infected with other strains in the coronavirus family of viruses.) Researchers still don’t really understand what role these preexisting T-cells play in preventing or attenuating infection (if any).

But wait, there’s more! There’s another group of cells called memory B-cells. B-cells are the immune system cells that create antibodies. Certain types of B-cells become memory B-cells. These save the instructions for producing a particular antibody, but they aren’t active. Instead, they hide out — in your spleen, in your lymph nodes, perhaps at the original site of your infection — waiting for a signal to start producing antibodies again.

All the things “immunity” can mean

All these different components of the immune system mean “immunity” isn’t just one thing.

Immunity could mean a strong antibody response, which prevents the virus from establishing itself in cells. But it could also mean a good killer T-cell response, which could potentially stop an infection very quickly: before you feel sick and before you start spreading the virus to others.

“In many infections, the virus does reproduce a little bit, but then the immune response stops this infection in its tracks,” Sette explains. Also possible: “You do get infected, you do get sick, but your immune system does enough of a job curbing the infection, so you don’t get as sick.”

Immunity might also result from an awakening of memory B-cells. If an individual has memory B-cells and is exposed to the virus again, “that infection will stimulate a much faster antibody response to the virus, which would, theoretically lead to faster clearance of the virus and potentially less severe infection,” Elitza Theel, the director of the infectious diseases serology laboratory at the Mayo Clinic, said in a July interview.

In general, scientists believe, the stronger the infection (and immune response) that occurs during an initial infection, the longer immunity will last.

So reinfection may still be possible, but it may not mean severe illness. When a virus invades a body, generally, the body remembers.

It’s still not known what the latest study from Hong Kong means for how long the pandemic will last. If reinfections happen regularly (and we have no idea how common they might be), then it might take longer to achieve herd immunity without a vaccination (which is an un-ideal, and cynical, goal to begin with). How long immunity lasts, on average, and how common reinfection is are key unknown variables in figuring out how long the pandemic may last in the absence of an effective vaccine or treatment.

“Since reinfection can occur, herd immunity by natural infection is unlikely to eliminate #SARSCoV2,” Iwasaki tweeted. “The only safe and effective way to achieve herd immunity is through vaccination.”

It may also depend on how often reinfections lead to more clusters of cases. A few days ago, I asked Shane Crotty, an immunologist at the La Jolla Institute for Immunology, about this very scenario.

“Could there be an ‘immunity’ scenario,” I asked, “where, after having recovered from Covid, a person could get infected again but not feel sick at all, and also be able to spread it?”

“It is a good question, and the answer is that no one knows,” Crotty replied. “There are cases with other diseases where asymptomatic immune people can be infectious. There is definitely a lot to learn still about immunity to SARS-CoV-2.”

Home care workers have a lousy job. A new Congressional bill aims to change that.
The 6 things you most need to know about Trump’s new climate plan
Justin Amash just announced an exploratory committee for a bid for the White House
We have a solution for the opioid epidemic. It’s dramatically underused.
In R.O. Kwon’s terrific new novel The Incendiaries, a cultist looks for meaning in tragedy
The abuse allegations against Rep. Keith Ellison, explained