You can now personalize your iPhone home screen. People are already making it weird. 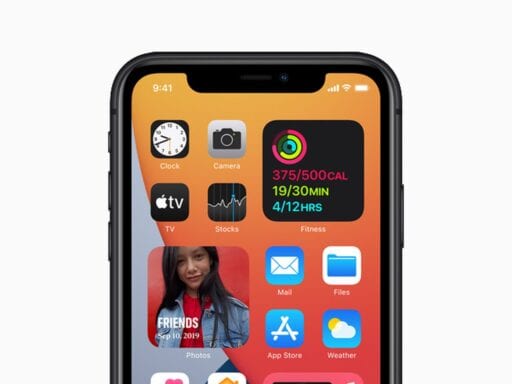 There was a time not so long ago when buying an Apple product meant buying into a very specific aesthetic, one designed by men in glass-walled offices who liked to think of themselves as high-minded futurists. Their vision for that future was almost always the same: sleek, minimalist, and above all, simple.

But according to my TikTok feed over the past weekend, iPhones are now bastions of complex personal micro-identities. “How to make your iPhone home screen aesthetic AF!” begins a video tutorial with 3 million “Likes.” On Twitter, users boast screenshots of their own creations, from Studio Ghibli to cottagecore, Mean Girls to “Katy Perry in the ‘Never Really Over’ video,” and“dirtbag Shia LaBeouf” (a personal favorite). To do so, they’re using customizable widgets with Apple’s refreshed “Shortcuts” app as well as other downloadable tools like Widgetsmith (The Verge has a good explainer on how to wield them). Used particularly artfully, the effects can turn the home screen of your phone into an ode to Animal Crossing or what BTS would look like in a late ’90s teen magazine — far removed from the traditional grid of rounded-edge squares with company logos.

It’s not that suddenly a bunch of kids discovered a way to jailbreak the Apple system, it’s because up until a few days ago, Apple didn’t really allow for anything like this. The latest software update, iOS 14, which was announced back in June and became available to download on September 16, offers something that until now the company has been staunchly resistant to: personalization.

“Simple design is dead. Welcome to Apple’s era of customization,” declared a Fast Company headline from earlier this summer. Perhaps we can expand that to the rest of the internet: On Instagram, users are no longer restricted by the handful of color correction or face warping filters built by the brand itself — as of 2019, anyone can add their own augmented reality (AR) filters to the app’s database. Meanwhile, TikTok has succeeded because it allows users to share sounds and build off of each others’ videos in a way no social media platform has ever done before. You can even make the case that by doubling the maximum characters from 140 to 280 in 2017, Twitter encouraged its users to get a little weirder on their timelines.

All of these little changes are giving us greater control over what our digital lives look like, however superficially. (Privacy protections, for example, remain fully in the hands of the corporation.) It’s a delightful pivot toward the mid-2000s digital golden age of custom Buddy AIM profiles and designing your Myspace layout while accidentally learning to code in the process. Early social media platforms and blogs, for the most part, intended for users to express themselves with their tools: Tumblr and WordPress allowed people to tinker with the code to alter their appearance in infinite ways, for example, as opposed to Facebook, which restricted users to a sober palate of medium blue and sans-serif fonts.

Though there’s been some debate around who should be bothered to make their home screen adorable (one rather controversial tweet read “im not customizing my home screen i am 24 years old”), I decided that it would make a perfect side activity while I half-watch 90 Day Fiancé: Before the 90 Days season two. So last night, I spent 20 minutes watching TikTok tutorials and customizing my home screen to look vaguely autumncore, with deep greens, oranges, and heavily Tumblr-ized images of old books. Is this a fully pointless way to spend 20 minutes that were already being spent utterly pointlessly? Yes. Will I spend another 20 minutes changing my home screen aesthetic to “December in a Prague Christmas market” in roughly one month? Yes!