You don’t really own your e-books 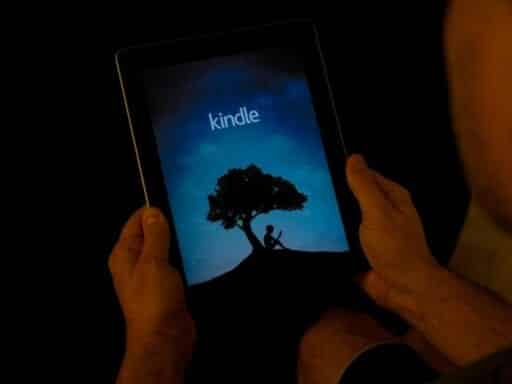 Welcome to Vox’s weekly book link roundup, a curated selection of the internet’s best writing on books and related subjects. Here’s the best the web has to offer for the week of July 7, 2019.

I wouldn’t normally air my dirty literary linen in public, but here goes. When I finished writing my novel Putney, about a 13-year-old girl who has a “love affair” in the 1970s with an older man and realises decades later that it was actually abuse, my previous editor at Jonathan Cape chose not to publish it. The reasons emerged this year when he was interviewed in the Spectator. “If Lolita was offered to me today,” Dan Franklin said, “I’d never be able to get it past the acquisition team — a committee of 30-year-olds, who’d say: ‘If you publish this book we will all resign.’” He pointed to #MeToo and social media as fundamental factors: “You can organise outrage at the drop of a hat.”

Ryan Campbell, the chief executive of the charity Demelza, which runs a bookshop on Mortimer Street, told the Guardian that since April, around 100 books in the shop have had their pages torn in half horizontally before being reshelved.

“We think it’s been going on for a few months but it’s hard to tell – if you find a ripped book in a secondhand shop you don’t think too much about it, so it’s taken us a while to piece it together. But whatever this person has been doing has been escalating,” said Campbell. “I’m trying not to be too Sherlock Holmes about it, but if there’s such a thing as a quite distinctive rip, well, he or she rips the page in half horizontally and sometimes removes half the page.”

Amazon is seemingly unlikely to stop selling e-books — they make money on it, after all — but what if they get into an intractable dispute over pricing with a particular publisher, and as an act of leverage, not only stop selling the publisher’s wares in the store (as has happened temporarily in the past), but delete previously purchased copies from individual devices?

Maybe that sounds unlikely too, but the reality is that both the technology and the law allows this to happen.

“As Christians, we believe in miracles and believe in angels, but you have to make sure the source is credible,” said Vander Zicht, who retired from Zondervan last year after 33 years. As an editor, she says, she vetted spiritual accounts by whether they came through a reputable literary agent, and by talking with authors to get a gut sense of their trustworthiness; occasionally she asked theologians to assess books for biblical correctness. She said she wouldn’t have rejected a heaven story out of hand. But Vander Zicht said she once turned down the opportunity to acquire a similar nonfiction account of a heaven story with a young child at the center. “I felt the book shouldn’t be published until the boy was old enough to tell it himself,” she said. “I suspected it would be a bestseller, but I was uneasy.”

In literary fiction, lovability (or its more insipid twin, likability) serves only to fondle the reader’s ego, presenting a way of looking into the mirror of a book and finding oneself reflected in a beautifying or heroic light. There is irony in Forster’s finding a lack of lovability in this book, as, by the end of Night and Day, it becomes clear that Virginia Woolf’s project was in deliberate opposition to the kinds of fiction that Forster himself wrote, where women are the ones asked to sacrifice parts of themselves to bring unity or comfort to the people around them.

“It’s been like therapy ad infinitum,” Madden says, of the responses to her tell-all book. “I have to talk about my mother’s overdose constantly, my sexuality constantly, my father’s absence and neglect.” It doesn’t feel entirely healthy. “I’ve had to create this removal of sorts, almost like disassociating from my body as a means of self preservation.” Every question that Madden’s asked, she rips off the Band-Aids; she pours on the iodine of exposure and analysis until she can no longer feel the sting.

The cootie catcher is primarily associated with girlhood, a gendered tradition passed hand-to-hand at sleepover parties and in schoolyards. Like so many divinatory games, young women have long been the keepers and practitioners. In our patriarchal society, young men have been emboldened to select their own paths, to determine who and what they wanted to become — leaving boys with no true need for fortune telling or luck. Why bother with divination when you can control the future? Adolescent girls, however, were never afforded this promise. Thus, girls have long been drawn to games of chance, of luck, of peering into a future that seemed to already have been decided for them. If they couldn’t control the future, at least they could get a preview of what’s to come.

“The Need” belongs to a growing body of surreal speculative fiction that uses horror tropes to capture the panic, self-doubt and pressures that new mothers face. The exhaustion that verges on hallucination. The feeling that your body has become a food source and no longer belongs to you. The endless chores and monotony of caring for small children, punctuated by adrenaline spikes that emanate from a constant, creeping dread. What if the fever in the middle of the night is a sign of a life-threatening illness? What if the boiling pasta water falls on the child who’s clinging to your knees while you frantically cook? What if you can’t keep them safe?

Here’s a rundown of the past week in books at Vox:

5 ideas to reform the filibuster that Joe Manchin might actually support
Trump doesn’t need to jail families to enforce immigration laws. There are better options.
Can a college course in moral philosophy convince people to eat less meat?
Why do gender reveals unleash so much destruction?
How racism amplifies Covid-19 risk for everyone
The online far right is angry, exultant, and ready for more