“You have stolen my dreams”: Greta Thunberg rages at world leaders at UN climate summit 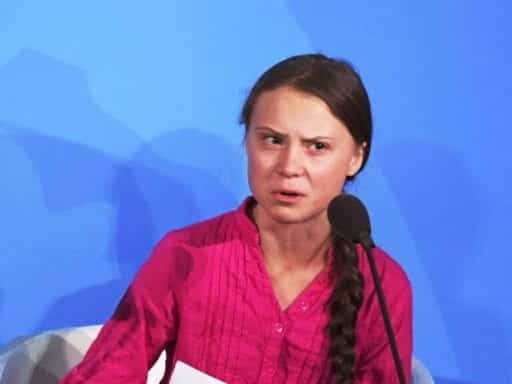 Thunberg told the UN exactly what it needs to hear.

“You have stolen my dreams, my childhood, with your empty words,” Thunberg, the 16-year-old powerhouse activist from Sweden, said. “We are the beginning of a mass extinction, and all you can talk about are your fairy tales of money and eternal economic growth.” (Read the full text of her speech here.)

Greta Thunberg at #UNGA: “This is all wrong. I shouldn’t be up here. I should be in school on the other side of the ocean. Yet you come to us young people for hope. How dare you. You have stolen my dreams and my childhood with your empty words.”
Via ABC pic.twitter.com/NudonxKNss

The summit was convened by UN Secretary-General António Guterres to push countries to go beyond their tepid climate change goals and do more to limit global warming. And it follows on the heels of a massive international youth-led climate strike on Friday — one of the largest environmental protests ever — that Thunberg organized with young people around the world.

Before the packed room of presidents, prime ministers, governors, and mayors, Thunberg was livid. “This is all wrong. I shouldn’t be up here. I should be in school on the other side of the ocean,” she said. “How dare you pretend that this can be solved with just business as usual and some technical solutions?

“People are suffering. People are dying. Entire ecosystems are collapsing. We are in the beginning of a mass extinction. And all you can talk about is money and fairy tales of eternal economic growth. How dare you!”

She was also critical of the limited ambitions being presented at the summit, arguing that none of the plans being presented by countries are in line with the level of reduction necessary to limit warming to 1.5 degrees Celsius, the more ambitious target from the Paris climate agreement. Countries like Germany have proposed reducing its reliance on coal, deploying more renewable energy, and financing adaptation to warming. But Thunberg said they don’t move the needle far enough fast enough.

Guterres, in his remarks, was also blunt. “My generation has failed in its responsibility to protect the planet,” he said. “The climate crisis is a race we are losing, but it is a race we can win.”

French President Emmanuel Macron acknowledged in his speech after Thunberg’s at the summit the frustration she and other activists are expressing. “I was very struck by the emotion in the room,” Macron said. “I think they’ve identified an absolute urgency that we have to respond to here.”

Greta’s rhetoric of “intergenerational shame” is effective because it taps the growing concern that the window to limit climate change is closing, and adults in charge are looking away. The Intergovernmental Panel on Climate Change reported last year that limiting warming to 1.5 degrees Celsius this century would require the world to halve emissions by as soon as 2030.

But global emissions are still rising. At the climate summit, countries are being asked for more ambitious commitments to limit warming even though many are not meeting their previous obligations, and some are pulling back.

In the coming days and months, we’ll find out just how much influence Thunberg can yield. But Monday was a reminder of just how formidable, and emotionally on-point, she can be at speaking truth to power.

4 winners and 5 losers from the last Biden-Trump debate
SNL’s cold open pits Alec Baldwin’s Trump against Will Ferrell’s Sondland
Why Incredibles director Brad Bird gets compared to Ayn Rand — and why he shouldn’t be
Trump used his first speech post-hospitalization to make a pitch to Black voters
Why old people will always complain about young people
Watch AOC ask Mark Zuckerberg if she can run fake Facebook ads, too