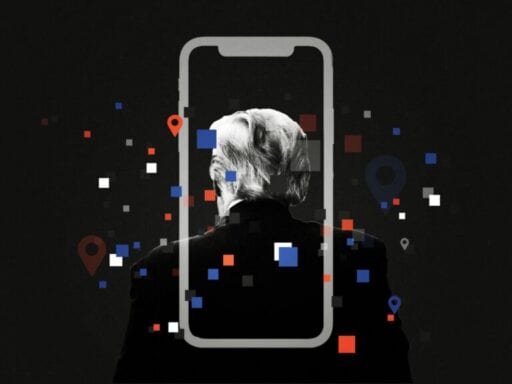 The fight for your phone is “where the game is going to be played.”

If you think politicians already know too much about you — from your home address to what you like to search for on YouTube to whatever was leaked in the Cambridge Analytica scandal — just wait.

Campaigns are scouting out new, intrusive sources of political data to track possible supporters that both sides agree will, at some point, become the norm in American elections going forward.

Political campaigns have become contests in data collection, with both Democrats and Republicans pacing digital beaches with new and improved metal detectors meant to find the latest types of buried treasures. And in pitched presidential elections, with both sides on the hunt for ever-so-slight upper hands, data collection efforts are growing more sophisticated, disguised, and all-encompassing.

That spells trouble for activists who worry about the reach of political candidates and of tech companies — especially when the two combine forces. If political campaigns can invade our privacy and manipulate our opinions with the data they collect, some fear it will erode our democracy.

“Campaigns are collecting anything and everything that’s possible,” said Frank Ahearn, a privacy expert who advises clients on how to scrub their digital footprint. “Online data has become a new weapon.”

And then there is the next frontier in political advertising: your personal location data, collected from apps you’ve downloaded that then take this sensitive information and sell it to third parties — including political campaigns. Love it or hate it, digital strategists see this location data as part of the future of political campaigns, as candidates and advocacy groups harness your personal whereabouts and leverage it to try to win your support. One campaign might know if you’ve passed by one of their lawn signs recently. Another might track whether you’ve been in a specific Catholic church in Dubuque, Iowa.

Forces behind Trump, who three years ago said he considered data to be “overrated” in politics, are exploring this next iteration of digital campaign tools. And with the incumbent president’s vastly superior resources and innate appetite for digital experimentation, many leading Democrats are concerned that it is the GOP — not the digitally pioneering party of Barack Obama — that is mastering Silicon Valley’s tricks ahead of what’s expected to be the most expensive US presidential election ever.

Political data begins and ends at the voter file, which is a compendium of information about you that’s rooted in offline data such as your voting frequency, party registration, and what you may have told volunteers when they knocked on your door. Political operatives are always working to enrich this offline data with new, digital data about you — and to do so better and faster than their political rivals.

Part of the reason that campaigns are seeking new data sources is that some of the favored sources of the past — most notably, cookies — are proving less useful. Browsers such as Safari, Chrome, and Firefox have recently made it more difficult to track specific people on desktop and mobile browsers as they cycle across the internet. These cookies used to be a major part of campaigns’ advertising strategies.

And so some political operatives on both sides see mobile advertising IDs — basically, a profile of each cellphone user, based on location data, that is assigned an “ID” and is theoretically anonymous — as the next frontier in political data collection. They’re already a well-worn data set in commercial advertising, an area where some are starting to voice privacy concerns.

“Getting device IDs is where the game is going to be played,” said Keegan Goudiss, who served as the Bernie Sanders campaign’s head of digital advertising in 2016.

Here’s how it works: Certain apps you’ve downloaded on your phone and given permission to collect your location data then sell that data to brokers, who then sell that information to bidders like political campaigns. Campaigns can — with the help of third parties — then match specific mobile advertising IDs to specific voters and harness that data to present these people with the optimal campaign messaging.

Experts in the field have ideas about how the GOP or Democrats might use this kind of data. One Democratic strategist imagined a scenario in which the GOP could use people’s phone IDs to construct mass datasets — for example, one that contains information about every churchgoer in America. Then Republicans could match that data with voting history and come up with a list of churchgoers who infrequently show up on Election Day. The GOP could then send its volunteers to knock on specific doors in specific neighborhoods, for instance, and try to get those voters to the polls.

Cyrus Krohn, who oversaw digital strategy for the Republican National Committee in 2008, floated another possibility: What if Republicans used phone locations to track which routine patrons of Chick-fil-A have stopped visiting the chain after the company announced it would no longer support anti-LGBTQ organizations? Republicans could then target these disaffected social conservatives with messaging meant to reenergize them.

This is all no longer theoretical: The Trump campaign earlier this year changed its privacy policy to alert voters that it might use beacons, or transmitters that use Bluetooth to track you and your phone’s proximity to a specific location. The campaign has never actually ever used beacons, a campaign source said.

A pro-Trump super PAC, Committee to Defend the President, has reportedly gone ahead and employed beacons to capture mobile IDs. Democrats say that they, too, have experimented with collecting location-based data in the past, but on a smaller scale. And strategists think it’s only a matter of time before this becomes de rigueur in presidential politics.

“Telephone tells all of our truths. We confess to our phones almost daily,” says Ahearn. “The mobile phone is the gold of information.”

But privacy advocates worry about this new era we’re entering.

“Anytime you’re looking at targeted advertising based on location, you’re inviting manipulative practices. And when it comes to political advertising, there’s a lot of room for abuse and a lot of reason to be concerned,” said Lindsey Barrett, an attorney who specializes in tech privacy issues. That’s especially true, she said, for a “Trump campaign in particular that has shown no problem whatsoever about lying and shoving really dangerous rhetoric down people’s throats.”

Campaigns already know plenty about you

But that’s mostly what’s coming in the future. And the present is already concerning.

Democratic and GOP campaigns have focused primarily on collecting what is called “first-party data,” or data that it directly collects from voters that it considers the gold standard. That explains the vast amount of surveys, petitions, and emails that flood the inboxes and feeds of American voters — and the Trump campaign, in particular, wants to know who its most committed voters are. Purchases through the campaign store count, too.

Of particular value to Trump is your cellphone number. His campaign has invested heavily in building out its text messaging list, according to a person familiar with the matter. Campaign rallies, which Trump has been holding continuously since he was first elected, reportedly require at least one attendee per group to provide their phone number to receive their tickets, supplying the Trump campaign with a robust list of its most committed backers.

“We can use it as a data mining opportunity,” campaign manager Brad Parscale told one interviewer. “Turn every single one of our rally goers into a volunteer on-site for the rally. They can get out there and actually collect data. ‘Hey, who were your 10 friends? Who were your hundred friends? Tell us what your friends like about Trump. Give us their phone numbers.’ That will give us an even greater opportunity to expand the spider web of data.”

On Election Day 2016, Trump had a cellphone list of 10 million numbers. By Election Day of 2020, Trump officials are aiming to have 50 million.

A small text message list can in theory raise as much money as a large email list. That’s because those who have taken action, such as attending an event, or texting a campaign account, are more likely to be super supporters.

Text messaging supporters is, of course, nothing new. In 2016, peer-to-peer texting — in which you receive a personal text from a volunteer or supporter, as opposed to a robotext — was a relatively new persuasion tool. But its centrality to political campaigns has expanded.

“The data that’s going to be dragged from those peer-to-peer interactions could potentially provide insights into who’s my best possible persuader,” Krohn said.

However, the backbone of political campaigns’ data collection continues to come from so-called second-party data: commercial information obtained from brokers.

Campaigns buy data such as credit card information that illuminates the buying habits of specific voters. Datasets can be built with as many as 300 different attributes — such as whether homeowners own DVD players, whether they’ve bought crochet supplies recently, whether they smoke cigarettes, or whether they have a premium credit card — and then, when that data is run through a custom-built model and added to a party’s voter file, it can help campaigns target their likely voters.

But the Trump campaign source said the campaign prioritizes obtaining first-party data since the respondent is taking initiative to interact with Trump’s messaging.

Data like that is added to the Trump campaign’s voter file and determines the types of ads that you and other voters might see as you crawl across Facebook or Google. On those platforms, the Trump campaign became known in 2016 for essentially testing loads of ads simultaneously to observe infinitesimal differences in spots, essentially a “throw everything at the wall and see what sticks” strategy for the digital age. During the 2016 campaign, Trump ran 5.9 million unique ads.

All this experimentation — and boundary pushing — worries many Democrats, who are likely to be locked in their own political battles well into 2020 as Trump refines his digital tactics.

“They have a lot of money invested in how do we get as much data from our supporters and potential supporters as possible,” Goudiss said, “at a larger scale than the Democrats.”

I was sexually abused as a Boy Scout. Thousands like me deserve a reckoning.
How Biden’s FCC could fix America’s internet
The dark underbelly of Amazon Prime Video
Coronavirus primary delays mean some states could lose delegates at the Democratic National Conventi...
Police use tear gas and rubber bullets in clashes with protesters around the country
Ex-Trump staffers should not get plum jobs at elite universities