Zeynep Tufekci recommends 3 books on how technology shapes us 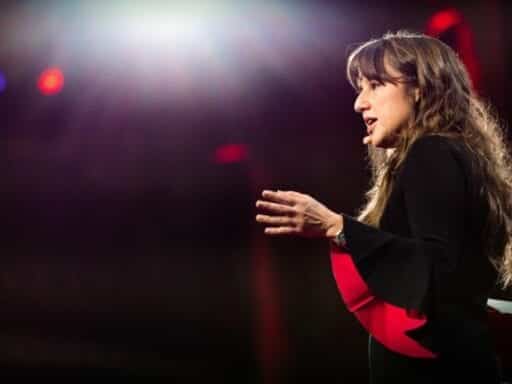 On the Ezra Klein Show, the technosociologist talks YouTube, censorship, and our “ex-reality TV star” president.

Zeynep Tufekci warned us in 2012 that hypertargeted campaign messaging based on massive data operations set a dangerous precedent. Her fears proved to be more than justified. The UNC professor and New York Times columnist appeared on the Ezra Klein Show this week to discuss her thoughts on the intersection of technology and society, radicalization on YouTube, and how social media platforms pull us towards extremes. In this conversation, Tufekci shares her thoughts on media from the Kardashians to 1984, how targeted harassment and fake news are forms of censorship, and why being a reality TV star is the job Donald Trump most excelled at.

When listing book recommendations, Tufekci chose options — all published before 2002 — that will help put the current moment in context. (Earlier in the discussion, Ezra also recommends Amusing Ourselves to Death, which is about television but many of its insights apply to the internet as well.)

1) The Control of Revolution: Technological and Economic Origins of the Information Society by James Beniger

Originally published in 1986, The Control Revolution argues that information technology was developed first and foremost as a means of control. While Beniger mainly talks about controlling means of production, Tufekci thinks “theres a case to be made that increasingly our digital infrastructure is a form of social control.”

2) Ruling the Waves: Cycles of Discovery, Chaos, and Wealth, from the Compass to the Internet by Debora Spar

Harvard Business School professor Debora Spar tracks the history of commercial technological revolutions, from the compass and printing press to television and the early internet. (Ruling the Waves was published in 2001.) According to Tufekci, “it’s a very instructive book to anyone who thinks that technology will not be eventually taken up by power.”

3) Orality and Literacy by Walter Ong

In this classic sociological work, Ong studies cultures with no written language, exploring how society is shaped by media technologies. It’s important to study the shift from an oral to a written culture, according to Tufekci, “because now we’re in something else.”

You can listen to the full conversation with Zeynep Tufekci on The Ezra Klein Show by subscribing on Apple Podcasts or wherever you get your podcasts, or by streaming the episode here:

Disney+’s Star Wars series, The Mandalorian, is a triumph of atmosphere — and little else
A Texas Supreme Court decision could disenfranchise millions during the pandemic
“This is not the bat’s fault”: A disease expert explains where the coronavirus likely comes from
Obama denounces gun violence and white nationalism after recent mass shootings
The race to unseat Wisconsin Gov. Scott Walker, Democrats’ white whale
Steve King still doesn’t think of himself as racist