3 winners and 2 losers from the Alabama, Georgia, Virginia, and Washington, DC, elections 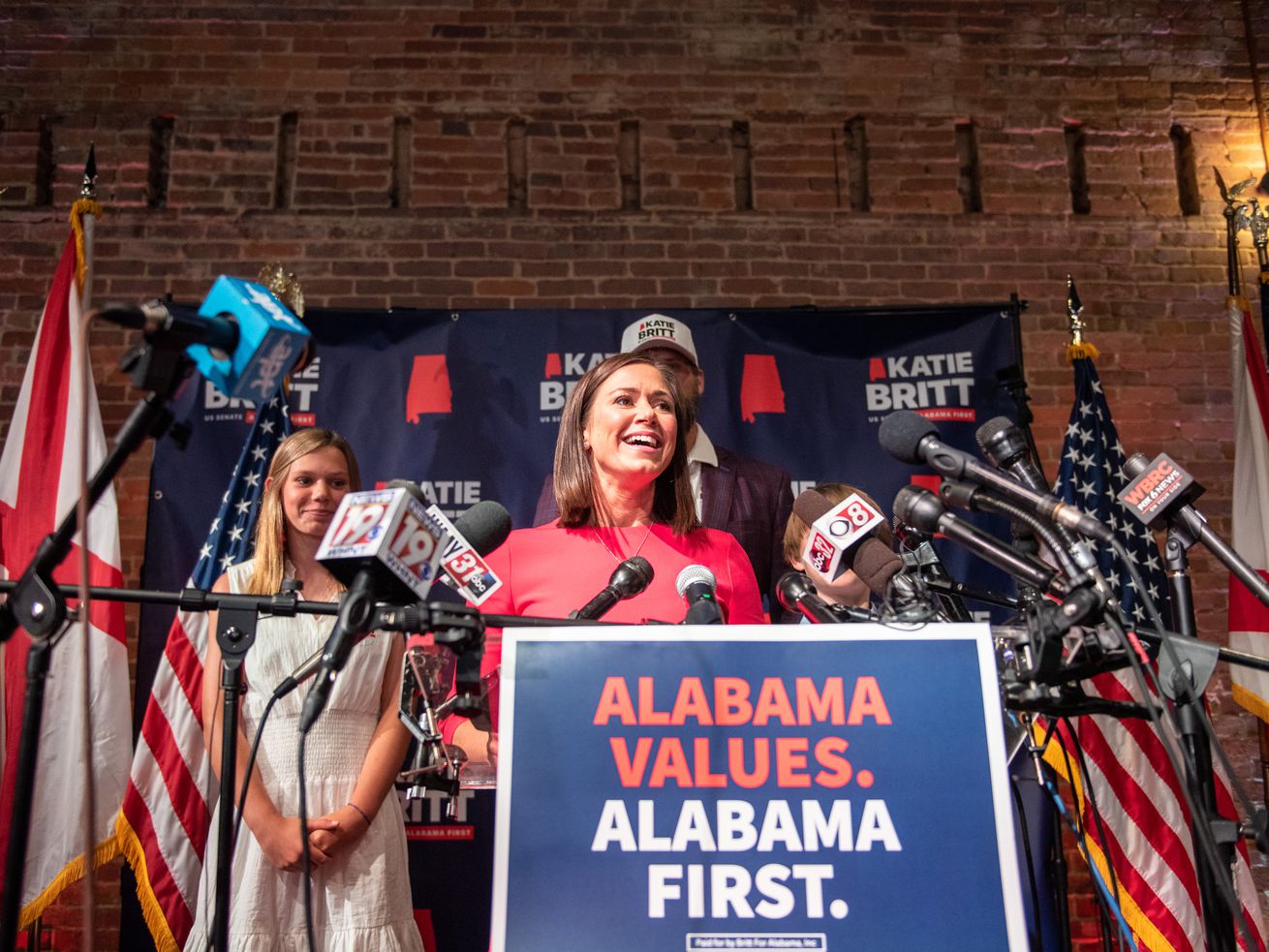 Democratic incumbents sailed to victory as Republicans leaned even more into Trump.

Run-off elections in Georgia and Alabama tested Donald Trump’s influence over Republicans yet again Tuesday, while voters in Virginia and the District of Columbia reaffirmed the grip of establishment and moderate Democrats in several primary contests.

Though it wasn’t exactly a primary day full of competitive races, Tuesday continued a handful of trends we’ve seen so far this election season: GOP primary voters favoring deeply conservative, Trump-aligned candidates; that progressives face significant headwinds; and that it helps to be an incumbent.

Winner: Trump, even when he loses

As has been the case for most of the 2022 Republican primaries so far, Trumpism won out again Tuesday night. And that was largely the case even in races where Trump-endorsed candidates didn’t claim victory.

Though Trump’s spotty win-loss record in the primaries may have shaken some Republicans’ confidence in his reputation as a kingmaker, it’s clear that most Republican candidates are still looking to shape themselves in the mold of the former president.

In the Georgia runoffs, two of Trump’s picks ultimately lost to Rich McCormick in the Sixth District and Mike Collins in the 10th district, each of whom will likely win their solidly red seats. But although they lacked Trump’s endorsement, McCormick and Collins are still products of Trumpism: They adopted conservative stances on abortion, gun rights, building a wall on the US-Mexico border, critical race theory, and other cultural issues designed to appeal to the MAGA base. Collins stressed his early support for Trump, and promised to fight “RINOs,” or “Republicans in name only.” And both have attacked their opponents, Trump-backed Jake Evans and former Democratic state Rep. Vernon Jones, for being insufficiently conservative.

Trump wasn’t particularly active in either runoff. Evans didn’t receive significant financial backing from Trump’s PAC — just $10,000 — and the former president didn’t say anything about his race during the runoffs. Though Trump held a fundraiser for Jones at Mar-a-Lago after he dropped out of the Republican gubernatorial primary in Georgia to make way for former US Sen. David Perdue’s failed bid, he also only received $10,000 from Trump’s PAC.

In the GOP runoff for Alabama’s US Senate seat, Trump-backed Katie Britt defeated Freedom Caucus Rep. Mo Brooks, and will likely go on to win the solidly red seat in November. Britt was already perceived as the clear frontrunner before Trump rescinded his endorsement of Brooks in March and later endorsed her instead, so it’s not clear that his backing had any meaningful impact on the result. But she has for months courted the party’s MAGA base, saying that there were “major problems” with the 2020 election and visiting Trump at his Mar-a-Lago resort in February.

It’s clear that Trump’s influence over the GOP base and the candidates they elect is still strong, whether or not he places bets on the right candidates. —Nicole Narea

Progressives didn’t have the best election night on Tuesday. In the only contested Democratic congressional primary in Virginia, longtime Rep. Don Beyer crushed a political newcomer, Victoria Virasingh, to go on to the general election.

The seat, in Virginia’s eighth district, covers much of the national capital’s immediate northern Virginia suburbs, including Arlington County and Alexandria city, making it a safe Democratic seat. Beyer, a moderate, business-friendly Democrat and member of the Congressional Progressive Caucus, has held the seat since 2015 and never faced a primary, but this year battled the 30-year-old progressive Virasingh, who campaigned on raising the minimum wage to $18 an hour, universal housing, and Medicare-for-all.

In Washington, DC, local primary elections also saw a progressive slate of challengers fail to oust incumbents. Muriel Bowser, the moderate, two-term mayor who has tiptoed between progressive messaging but centrist governing, beat back a serious challenge from the progressive council member Robert White, who’s sparred with Bowser over policing and handling of crime. The city council’s chair, Phil Mendelson, another moderate, won his primary over a progressive local lawyer and neighborhood elected official. As of Tuesday night, an establishment favorite, Brian Schwalb, was on track to beat a progressive in the primary race to be the city’s attorney general.

In safe Republican districts, Tuesday’s winners were as Trumpy as ever, and may help drive what could be a sharp rightward shift in the House Republican caucus in 2023. Given that Republicans have a good chance of gaining control of the House, such a shift could have real policy consequences.

In Georgia, McCormick and Collins — both candidates who embraced Trumpism — won their runoffs in the Sixth and 10th districts, respectively.

And self-proclaimed “Trump conservative” Dale Strong prevailed over school superintendent and former Assistant Secretary of the Army Casey Wardynski in Alabama’s Fifth District, a seat that will be vacated by Brooks since he chose to run for Senate. Strong and Wardynski both sought to portray themselves as the more pro-Trump candidate in the race, questioning each other’s conservative bona fides.

Republicans who break from the MAGA platform have become an increasingly rare breed in 2022. Some have already been picked off in the primaries, including Rep. Tom Rice (R-SC), one of 10 House Republicans who voted to impeach Trump last year. Rep. Chris Jacobs (R-NY) decided not to seek reelection after supporting gun safety measures in the wake of the recent streak of major mass shootings, including in Buffalo, New York. And Rep. Michael Guest (R-MS) is facing a runoff against a Republican challenger who has slammed him for supporting a bipartisan January 6 commission.

It’s an acceleration of a phenomenon that’s already been in the GOP for a while: fealty to Trump and to his MAGA base above all else. —Nicole Narea

Stacey Abrams, the Democratic nominee for governor of Georgia, helped propel three down-ballot candidates in the state to victory in their runoffs.

“If you didn’t know how much more a [Stacy Abrams] endorsement mattered than a Trump endorsement, tonight just told you,” Democratic State Rep. Josh McLaurin tweeted.

Nguyen will face incumbent Republican Secretary of State Brad Raffensperger, who survived a primary challenge from a Trump-backed candidate after he certified the 2020 election results and pushed back against the former president’s election lies. She is aiming to become the first Asian American elected to a statewide political office in Georgia, though she may face an uphill battle given that Raffensperger has previously polled favorably among Democrats, and was at one point the most popular Republican elected to a statewide office.

Bailey will go up against Trump-backed Republican State Sen. Burt Jones to replace outgoing Republican Lt. Gov. Geoff Duncan, who became the subject of Trump’s ire after refusing to overturn the 2020 election results. Boddie is running for an open position that is being vacated by incumbent Mark Butler, the state’s first ever Republican labor commissioner, against the GOP nominee, state Sen. Bruce Thompson.

Though Abrams went three for three with her endorsements, it’s not yet clear how much she actually swayed the runoffs in her chosen candidates’ favor. Nguyen was already a clear frontrunner in the May primaries, though not by a large enough margin to cross the 50 percent threshold necessary to avoid a runoff. Bailey and Boddie were in closer primary races but may have benefited from voters who had previously backed other candidates consolidating behind them in the runoffs. What’s more, turnout was considerably lower for the runoffs than the primaries last month, down from a record 795,000 early voters to 138,000. That’s generally the case for runoffs, but the lower turnout might have been exacerbated by Georgia’s new voting laws, which shortened the early voting period.

The success of Abrams’s picks is another positive signal for her ability to organize the base in a year where she and other Democrats in the state are counting on high enthusiasm, despite the fact that typically fewer voters show up in midterm election years and the party of the incumbent president is at a disadvantage. She also endorsed another 19 candidates in the primaries, who are all running for reelection and are already on the November ballot. Now, they can head into the fall presenting an even more unified ticket. —Nicole Narea

Both threatened to upturn the way the state runs its elections. Zeigler is a member of the America First Secretary of State Coalition, a national group of candidates who have rejected the legitimacy of President Joe Biden’s election. Among that group are two candidates who have already won nominations: Doug Mastriano for governor in Pennsylvania, and Jim Marchant for secretary of state in Nevada (who just won his race last week).

Though Allen came out ahead, he also espouses radical views on election administration, including withdrawing from the Electronic Registration Information Center, a program that helps 31 states and Washington, DC, cooperate on maintaining updated voter rolls, and as a lawmaker, backed bills restricting means of voting.

As a Republican running in dark-red Alabama, Allen will likely be the winner in the general election. But even the outgoing Republican secretary of state has warned against some of Allen’s proposals, which would make running elections more difficult. And his support for limits on curbside voting and opposition to early voting or no-excuse absentee voting could make voting itself harder. —Christian Paz