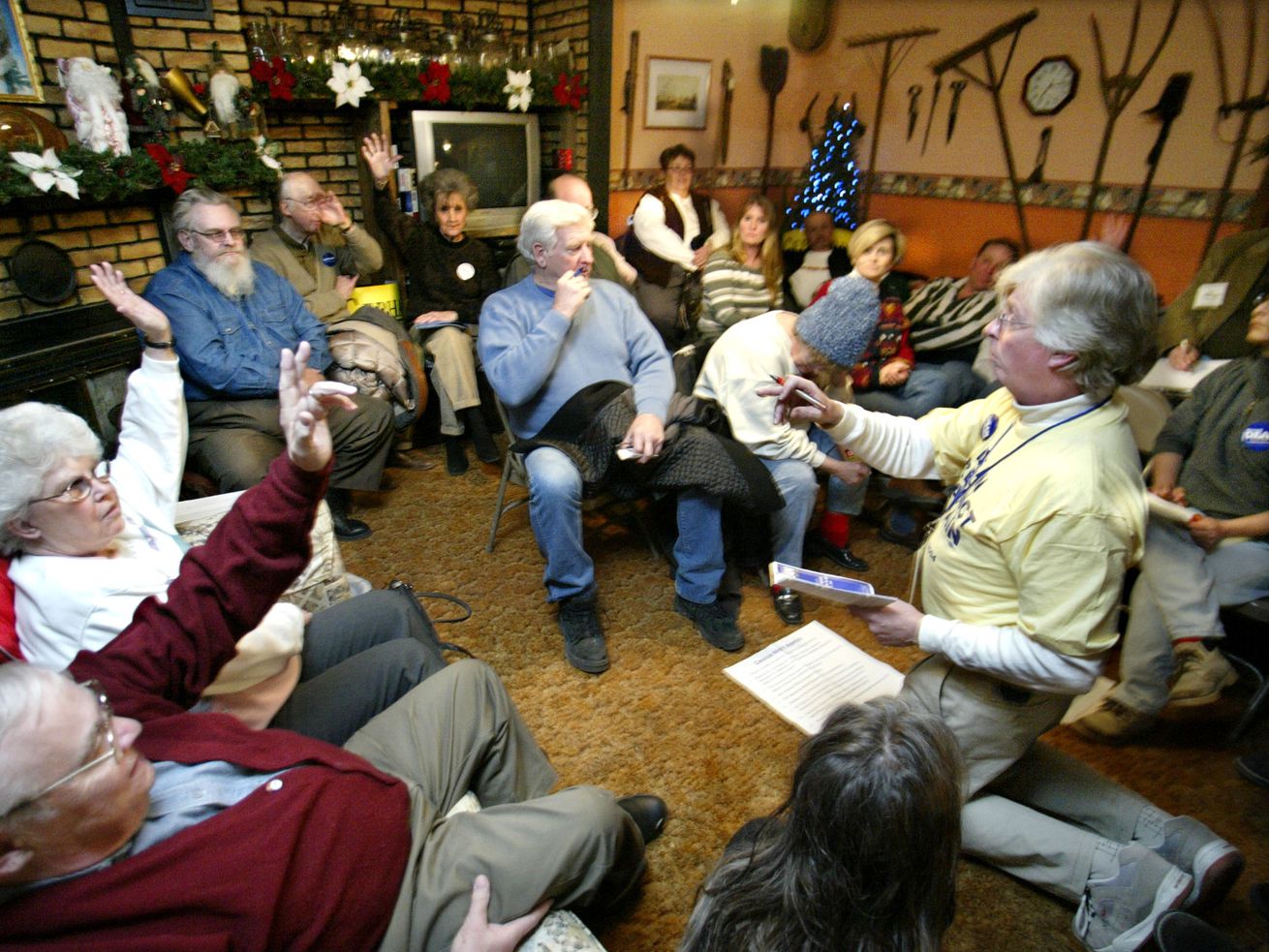 It’s Joe Biden’s Democratic Party and he’ll ditch New Hampshire and Iowa if he wants to.

For a half-century, the presidential nominating calendar has been regular and predictable. But, on Friday, the Rules and Bylaws Committee of the DNC decided to blow up the 2024 primary process.

The committee approved a new primary schedule that ended Iowa’s status as an early state and calls into question New Hampshire’s place on the calendar.

The calendar was proposed by President Joe Biden earlier this week and greatly diminishes, if not ends, the longstanding places of Iowa and New Hampshire in Democratic nominating contests. Both were states where Biden did poorly in 2020. In a letter proposing the change in the calendar, though, Biden emphasized the need to ensure voters of color had a bigger role in the nominating process.

The new schedule puts South Carolina first on Saturday, February 3, 2024, a move that came as a surprise to top Democrats in the Palmetto State. The draft calendar then has New Hampshire and Nevada three days later on February 6, followed by Georgia on February 13 and Michigan on February 27. The full Democratic National Committee will almost certainly ratify this calendar early next year.

This means that the Democratic nominating contest will begin with South Carolina, the only state where Tom Steyer in 2020 and Al Sharpton in 2004 have finished in the top three in a presidential primary. However, it’s likely to set off a chaotic scramble over which state goes first.

National political parties don’t determine when states hold their nominating contests. That’s the subject of state law. However, national parties are fully within their rights to sanction states that don’t follow their rules for how to hold nominating contests, or throw out the results altogether.

In advance of rolling out this new schedule, the Democratic Party already added more teeth to its ability to crack down on states that buck the DNC to hold nominating contests earlier in the primary. Recent rules changes give the party more latitude to crack down on candidates who campaign in states that hold unsanctioned contests.

In setting the calendar, the resolution passed Friday also requires state elected officials to pledge to abide by DNC rules, otherwise they lose their position as an early state. In Georgia, it requires Brad Raffensperger, the Republican secretary of state, to certify that he will hold the state’s presidential primary on February 13. This would either require Georgia to hold two entirely separate presidential primaries or for the Peach State to jump the line in the Republican nominating process. A spokesperson for Raffensperger did not immediately respond to a request for comment.

But Georgia is a sideshow in this. The real targets are Iowa and New Hampshire, which have been the first two states in Democratic presidential primaries for generations and have perennially been the target of resentment as a result. Removing Iowa from the calendar accomplishes that cleanly. The state has been an obvious target since its fiasco in reporting results during the 2020 caucuses, which were in part the result of rules changes imposed on the Hawkeye State by the national Democratic Party. Scott Brennan, a DNC member from Iowa, told Vox, “We’re disappointed and believe the calendar passed ignores a vast swath of the US. There is no pre-window state in the Central or Mountain time zones. “

In the Republican presidential primary, Iowa is maintaining its traditional role as the first nominating contest and there is no reason that state Democrats couldn’t ignore the DNC and go at the same time. The entire national media will already be camped out in the state and any contest will receive significant coverage even if the caucuses would amount to no more than a glorified beauty contest.

The new rules also implicitly target New Hampshire and set up a conflict where the state legally cannot abide by the DNC’s rules. Under state law, New Hampshire’s primary must go first in the nation, seven days before any other state. (Iowa does not conflict with this because a caucus is deemed sufficiently different from a primary.)

The DNC resolution going into effect would require New Hampshire Republican Gov. Chris Sununu and Jason Osborne, the state’s GOP House majority leader, not only to agree to repeal the state’s first-in-the-nation primary law but also to change state election law to allow more widespread early voting. In a statement, Sununu said, “This was Joe Biden’s decision, and once again, he blew it. … The good news is that our primary will still be first and the nation will not be held to a substandard process dictated by Joe Biden and the Democrat Party.” Osborne simply sarcastically told Vox, “Yes, I have a letter for the DNC. Looking forward to sending it.”

Ray Buckley, the longtime chair of the New Hampshire Democratic Party, succinctly told reporters, “We’ll have first in the nation, and whatever sanctions they have, so be it.”

This sets up a spiraling conflict over the calendar and opens up the possibility for other states to go rogue and move up. There is precedent for this. In advance of the 2008 presidential primary, the final calendar wasn’t set until December 2007, and even then there was conflict over Michigan and Florida going rogue and holding primaries in defiance of the DNC, which was not resolved until May 31, 2008, at the very end of the primary process.

But what it does mean is that there is a precedent set in advance of 2028, which will be a wide-open field, to minimize the role of Iowa and New Hampshire. It will open the door for new fights, over exactly what states come first, that will happen with potential candidates posturing for the calendar to help them.

For all the criticisms of Iowa and New Hampshire as too white or too rural or too unrepresentative of the Democratic Party, their place on the calendar at least provided certainty and an electorate that, for better or worse, was accustomed to vetting presidential candidates. That’s not the case moving forward. The next competitive Democratic presidential primary will happen without any preset calendar or clear rules of the road.

In the meantime, the Republican presidential calendar is set and a host of candidates will show up in Iowa and New Hampshire as usual in advance of 2024, while the national Democratic Party might go to war with the state parties in both states.