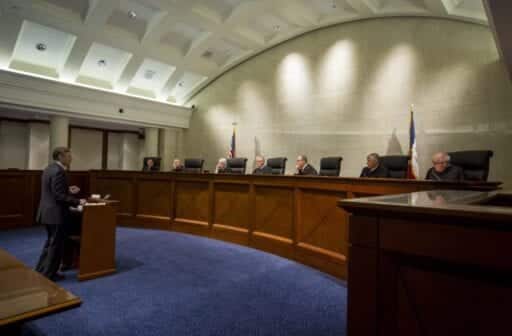 The 2017 waiting-period law, which would limit some abortions, is separate from the 2018 ‘fetal heartbeat law,’ which would effectively bar most abortions.

Donald Trump paints the border as a lawless hellhole. But so does American pop culture.
The success of Medicaid expansion, explained in 5 charts
The Pussy Riot says it’s behind the World Cup protesters
Are we entering a new era of political violence?
8 great fitness apps for socially distant gym-goers
Rudy Giuliani cancels paid appearance at a pro-Russia conference