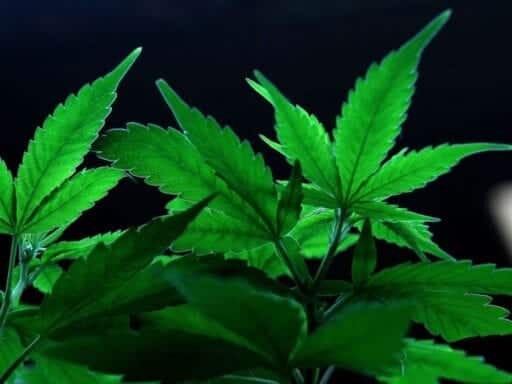 A big win for medical marijuana advocates in Tuesday’s elections.

Voters in Oklahoma on Tuesday elected to legalize medical marijuana, which makes the state the 30th to allow the use of cannabis for medicinal purposes.

Oklahoma State Question 788 allows individuals 18 and older to obtain a medical marijuana license with a board-certified physician’s signature. Minors can get a license but will require the approval of two physicians and their parent or legal guardian. A new office in the Oklahoma State Department of Health will enforce regulations, including licensing for dispensaries, growers, and processors.

The measure is also relatively unique in that it doesn’t tie medical marijuana to any specific qualifying conditions, which will likely make it easier, compared to other states, to obtain pot for medicinal uses.

With 92 percent of precincts reporting, 56 percent of voters supported medical marijuana, while 43 percent opposed it.

A 2017 review of the research, from the National Academies of Sciences, Engineering, and Medicine, found that marijuana is a promising treatment for chronic pain, chemotherapy-induced nausea and vomiting, and multiple sclerosis.

The evidence of marijuana’s efficacy for other medical conditions is weak. That’s not necessarily because pot is ineffective for treating those conditions but because supporting research is simply nonexistent or lacking. One big reason for this is that, federally, marijuana remains illegal for any purpose. For years the federal ban has imposed harsh regulatory hurdles on research about pot — in large part allowing studies about marijuana’s risks but not its benefits. That’s made it difficult for researchers to gain a better grasp of the drug’s potential medical benefits.

Despite the limited research, 30 states, including Oklahoma, have now moved forward with medical marijuana, buoyed by popular support for cannabis’s medical use and growing evidence that it provides at least some relief for patients.

Salamanders have a secret to surviving climate change
Trump just expanded drug testing to hundreds of thousands of workers
The past 3 wild days in Trump’s trade war with China, explained
The promise and peril of the EU’s new asylum plan
CNN reports that Rudy Giuliani’s financial dealings are under investigation by prosecutors
“These Media Posts will serve as notification”: Trump’s dangerous Iran tweets, briefly explained