Recode Daily: Facebook wants even more info on who is buying political ads 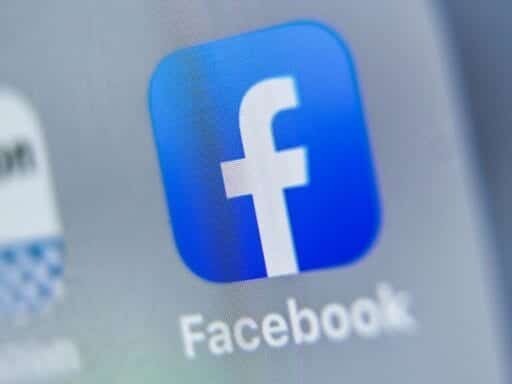 Plus: Pinterest is getting serious about fighting health misinformation.

Facebook wants even more information about who’s paying for political ads. Facebook said this week that it will tighten some of its rules on political ads and will require more information about these ads’ funding, as well as verification of the ad purchaser’s identity. Users will need to give “their tax-identification number, or campaigns can share their own registration data from the Federal Election Commission, and Facebook will label them as a ‘confirmed organization’ in its archive,” according to the Washington Post. The new rules are meant to address recent political ads on Facebook that featured misleading or inaccurate disclaimers.

Pinterest is getting serious about fighting health misinformation. Users who search for health information on its platform will now only see results from major public health organizations, like the World Health Organization, the Centers for Disease Control and Prevention, the American Academy of Pediatrics, and the Vaccine Safety Net. The platform will allow results for 200 preselected terms related to vaccines, and it will not allow ads, recommendations, or comments on those pages.

Apple is going to stop listening to your Siri requests. Apple is changing the way its Siri audio review, or “grading,” works on all its devices. In an upcoming software update, Apple will make audio review, a process the company uses to improve Siri from the audio samples of users’ requests, an explicitly opt-in process. Going forward, contractors will not be able to review customers’ audio clips, and only Apple employees will be able to do so. And Apple will no longer retain audio recordings of Siri interactions. It wants its customers to know that the company “respects their data and has strong privacy controls in place.”

Amazon is pushing customers to buy its brands over competitors. A new Amazon feature pitches the e-commerce giant’s private-label brand “right before customers add rival products to their shopping carts,” according to the Washington Post. An investigation from the Post found that when purchasing products like Glad trash bags, Dr. Scholl’s gel insoles, Energizer batteries, and Nicorette gum, Amazon would offer a “similar item to consider” prompt with a link to an Amazon product with a lower price right before the option to add a product to the shopping cart. Amazon told the Post that the promotion feature isn’t different from the ways other stores promote their own private-label products. Amazon also would not say if it is testing the feature or if it’s permanent.

It’s the third time in recent months that an outside group has severed ties with Palantir over its controversial work for ICE.

In your podcast feed:

Every telecom company can be hacked and “everybody should be suspect,” Huawei USA’s chief security officer says. Andy Purdy talks with Kara Swisher on the Recode Decode podcast about the pending ban on US companies doing business with Huawei. Listen here.

SpaceX did its highest and longest test yet.

Trump reportedly plans to strip more security clearances to distract from the news cycle
Watch: the first footage of Doctor Who’s first woman Doctor is here
Trump’s executive order on social media bias is a distraction
The Handmaid’s Tale invites its viewers to Joe Biden’s Gilead
Google is facing yet another major antitrust lawsuit
Bullshit jobs: why they exist and why you might have one