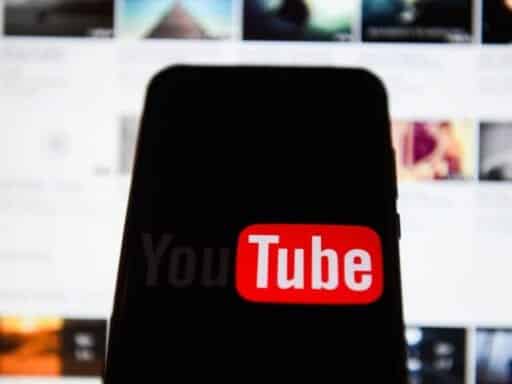 Plus: WeWork is adding a woman to its board … finally.

YouTube will pay $170 million to settle charges it violated kids’ privacy and a 1998 law. That’s a pittance. Google’s YouTube has agreed to pay the fines to settle Federal Trade Commission charges that it illegally harvested children’s personal data, which it used to serve them personalized ads. The $170 million is a record for companies accused of violating the 1998 Children’s Online Privacy Protection Act. It’s also basically a rounding error in terms of profits for Google and YouTube. (Google’s parent company Alphabet may generate $161 billion in revenue this year; one analyst estimates that YouTube will generate $20 billion of that.)

More trouble for Google: More than half of the nation’s state attorneys general are preparing to investigate Google for potential antitrust violations. The Washington Post broke news of the investigation ahead of its planned announcement next week. According to the Post, the investigation follows growing skepticism toward the tech giant as states such as Louisiana, Mississippi, and Texas “have sharply criticized Google for its handling of users’ personal information and its algorithms for surfacing search results.”

Amazon is testing a payment method at Whole Foods that involves scanning human hands. Right now, Amazon employees in New York City are testing the biometric technology “at a handful of vending machines to buy such items as sodas, chips, granola bars and phone chargers,” according to the New York Post. The system, which is codenamed “Orville,” allows Amazon Prime customers to scan their hands at a Whole Foods store and link them to their credit or debit card for payment. Sources told the New York Post that Amazon wants to start rolling the system out to stores in early 2020.

WeWork is adding a woman to its board … finally. Just in time for its impending IPO, WeWork says it will add Frances Frei, a professor of technology and operations management at Harvard Business School, to its board, according to Reuters. The We Company, the parent company of WeWork, said it will seek to add another director to its board within a year of the IPO, “with a commitment to increasing the board’s gender and ethnic diversity,” in an amended filing.

How Amazon’s Ring is creating a surveillance network with video doorbells.

Here’s everything we know about Amazon’s video doorbell and the controversies surrounding it. [Rani Molla]

Was Etsy too good to be true?

The people who built Etsy dreamed of remaking commerce with their bare hands. Fifteen years later, its sellers are being asked to compete with Amazon. [Kaitlyn Tiffany]

Facebook will finally ask permission before using facial recognition on you.

You’re being asked to opt in — years after the technology became part of your social media experience. [Sigal Samuel]

Fall is right around the corner. Start better habits in three steps.

This week in TikTok: When “fashionable” really means “skinny”
House Democrats have launched an investigation into voter suppression in Georgia
How the Oscars industrial complex makes the Oscars less diverse
K-pop fan activism for Black Lives Matter needs context
First Man stars Ryan Gosling as Neil Armstrong, a man struggling to deal with his grief
Why Cardi B. and Megan Thee Stallion’s “WAP” is actually a public health triumph