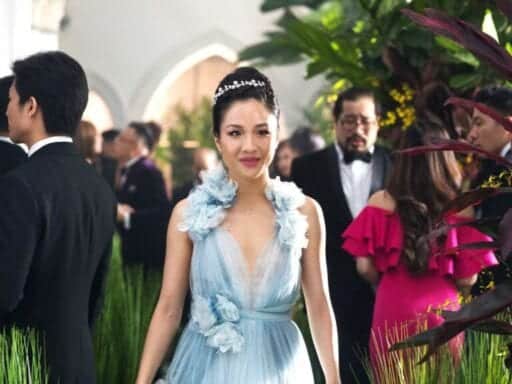 Screenwriter Adele Lim has stepped away from the project, citing a massive pay disparity between herself and the movies’ other credited writer, Peter Chiarelli.

The sequels to the 2018 hit movie Crazy Rich Asians have hit a major snag on their way to the big screen: Adele Lim, co-writer of the film and a would-be writer of its two sequels (which are planned to film simultaneously), has stepped away from the project, citing a massive pay disparity between herself and the movies’ other credited writer, Peter Chiarelli. The Hollywood Reporter was first to report Lim’s departure.

In and of itself, this pay gap isn’t that remarkable. Studios often rely on “quotes” to set price points for hiring writers. Your quote is usually based on your résumé — namely, prior work you’ve done in films — and Lim’s pre-Crazy Rich Asians work was all in television. Chiarelli, meanwhile, has written on several hit movies, most notably the 2009 Sandra Bullock/Ryan Reynolds rom-com The Proposal.

But still: The idea that Lim would make, at best, an eighth of what Chiarelli would make — and maybe as little as a 10th — is pretty remarkable, considering how huge Crazy Rich Asians was. (The film made $238 million worldwide, at a time when the romantic comedy was largely considered dead at the box office.) Normally, the sequel to a hit movie would bring a big pay bump for everybody involved, which either means that 1) studio Warner Bros. thought it didn’t have to pay up, or 2) Warner Bros. did think it was offering Lim a big pay bump.

Much of the negotiating between Warner Bros. and its Crazy Rich Asians writers appears to have been carried out last fall and early this year. Reportedly, Lim at one point rejected a deal to split Chiarelli’s fee with him, instead hoping to receive payment at or close to what he makes.

Lim’s value to Crazy Rich Asians extends beyond her writing credits. She was hired to work on the first film to add details of cultural specificity, as a writer of Asian descent. But Lim is concerned that her ability to provide a distinct cultural sensibility was viewed as her only value to the screenplay.

She told the Hollywood Reporter that her perspective, like that of other women and writers of color, was too often used as “soy sauce” — garnish to give a project the feel of cultural authenticity without having to actually engage in the much more difficult work of being culturally authentic. That perspective alone might have otherwise bumped up her quote for Crazy Rich Asians from what would typically be a lower level.

(Also complicating matters: Lim has a deal at Disney, where she is writing the upcoming 2020 animated film Raya and the Last Dragon, but Disney was apparently willing to give her time to work on the Crazy Rich Asians sequels.)

Lim had this to say to the Hollywood Reporter:

Pete has been nothing but incredibly gracious, but what I make shouldn’t be dependent on the generosity of the white-guy writer. If I couldn’t get pay equity after CRA, I can’t imagine what it would be like for anyone else, given that the standard for how much you’re worth is having established quotes from previous movies, which women of color would never have been [hired for]. There’s no realistic way to achieve true equity that way.

Now that negotiations have spilled out into the press, it remains to be seen whether Warner Brothers will find some way to make a deal with Lim on what is sure to be a closely watched series of films. As we’ve seen with cases like the pay gap between Michelle Williams and Mark Wahlberg on All the Money in the World’s reshoots, Hollywood can be shamed into some form of action (in that case, Williams received equal pay on future projects, not the one she had already filmed). But sometimes it takes negotiating in public.

It’s always been hard to say no to citizenship requests from soldiers
Meet the women suing America’s biggest companies over equal pay
The South Carolina primary is a critical springboard for Super Tuesday
There are zero reasons why 13 Reasons Why’s third season should exist
Do you burn more calories exercising in the cold? Here’s what the science says.
Study: more people reported sex crimes around the world in the wake of Me Too