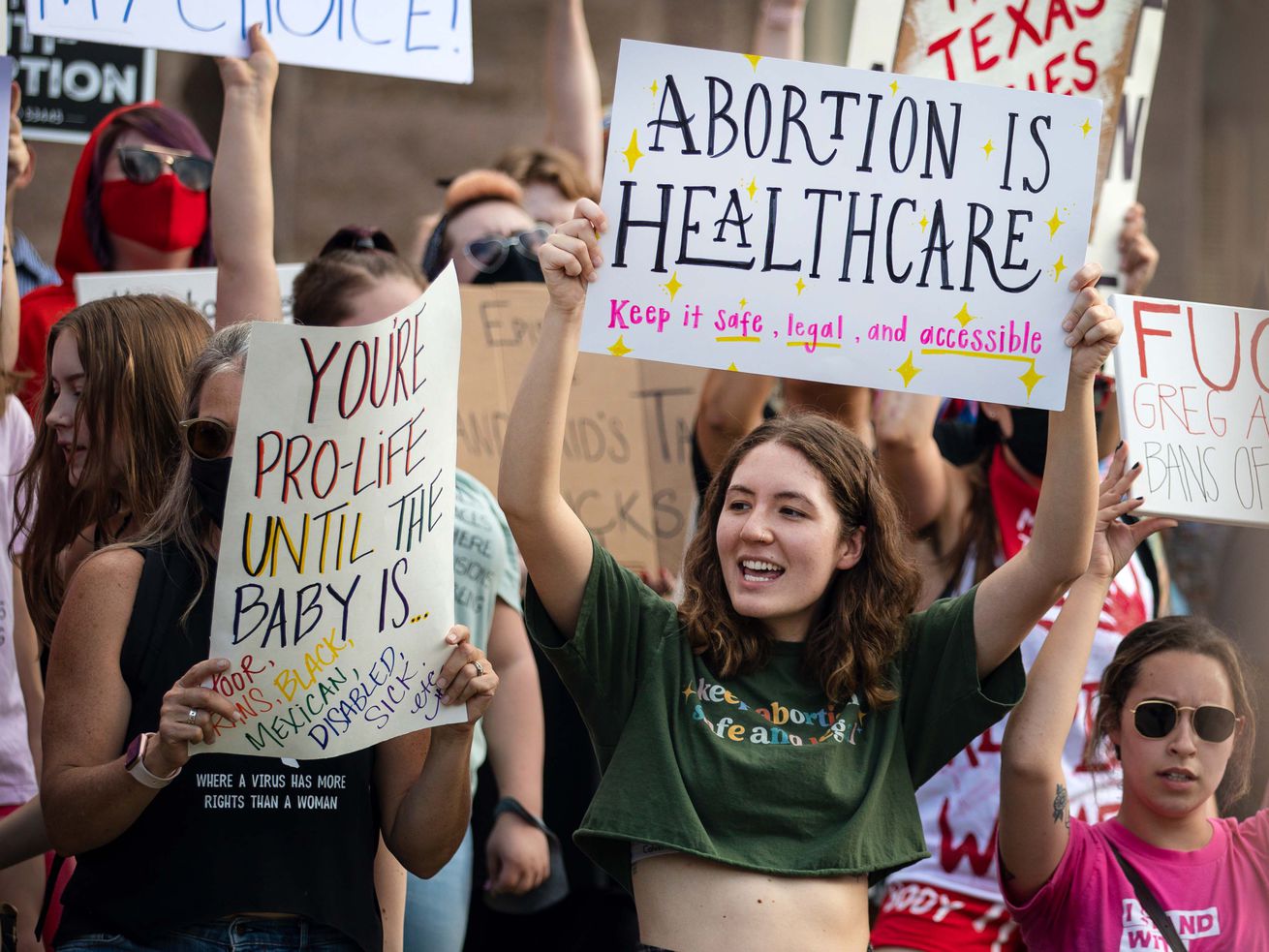 A week of uncertainty didn’t end up changing much for SB 8.

A Texas law severely restricting abortion access by allowing citizens to sue abortion providers has been reinstated after a two-day pause.

On Friday, the Fifth Circuit Court of Appeals issued an administrative stay on a previous ruling halting SB 8, which effectively bans abortion after about six weeks of pregnancy, in response to a request by the state of Texas for a temporary stay. That stay blocks a Wednesday injunction by a federal district court in Texas, which briefly halted the law on the grounds that it violated the constitutional right to abortion access.

Now: Texas’s 6-week abortion ban law, SB 8, is in effect again for now — the 5th Circuit has granted a temporary, administrative stay of this week’s preliminary injunction (which halted enforcement of SB 8) to consider the state’s request for a longer stay pending appeal pic.twitter.com/wdTIH5emjm

That temporary stay is just the latest development in a September lawsuit filed by the Biden Justice Department against the state of Texas, which argues that SB 8 is unconstitutional.

The suit has resulted in a whiplash-inducing back-and-forth by the courts this week, with the status of reproductive health care in Texas hanging in the balance. For now, Friday’s stay has blocked the district court injunction — but it’s still undecided whether it will remain in place in the long term.

According to Friday’s court order, the Biden Justice Department has until Tuesday to respond to Texas’s emergency motion to stay the district court’s injunction. The Fifth Circuit panel could then decide to extend the stay.

As Vox’s Anna North explained last month, SB 8 has dramatically affected the lives of pregnant people in Texas since it was enacted on September 1, forcing them to carry unwanted pregnancies or leave the state to receive care while potentially incurring significant costs for travel, lodging, and child care, in addition to lost wages from missed work.

Already, according to a PBS NewsHour report, at least 300 Texans seeking abortions have sought care in Oklahoma, putting a strain not only on them but on the resources of the Oklahoma providers and patients, too.

Pitman’s decision, which describes SB 8 as an “unprecedented and transparent statutory scheme,” offered a clear-cut defense of abortion rights, and for a brief period following Wednesday’s injunction, some abortion providers resumed performing abortions past the six-week mark — albeit with a sense of trepidation, according to the Texas Tribune.

Texas abortion opponents wasted no time in requesting a stay to the Pitman ruling. Texas Attorney General Ken Paxton filed the state’s request Friday as part of its appeal of the ruling, on the grounds that the DOJ can’t sue the state in this case, since SB 8 depends on citizens — not law enforcement officials — to carry it out.

SB 8 is deliberately difficult for courts to engage with

As lawsuits against SB 8 go forward, the law’s unique enforcement mechanism continues to complicate those challenges.

Specifically, the measure is designed so that state officials don’t enforce the law — citizens do, by bringing civil suits against those they accuse of “aiding or abetting” the obtaining of an abortion after medical professionals detect cardiac activity in the embryo. This makes it incredibly complicated to mount a judicial challenge to the law.

As Vox’s Ian Millhiser explains, that’s not by accident:

The law appears to have been drafted to intentionally frustrate lawsuits challenging its constitutionality. And Texas, with an assist from a right-wing appellate court, has thus far manipulated the litigation process to prevent any judge from considering whether SB 8 is lawful.

Ordinarily, if abortion rights advocates wanted to challenge the constitutionality of a law, they would bring a case against an officer of the state enforcing the law.

But since no state officer is allowed to enforce SB 8, opponents of the law can’t, for example, sue a police officer or a state health authority. Instead, according to Millhiser, challenges to SB 8 will come from abortion providers, who will “be able to argue in court that they should not be required to pay this bounty because it is unconstitutional.”

Specifically, under SB 8, abortion providers and anyone who assists a patient in obtaining abortion care are now potentially liable for a minimum of $10,000 in damages — which, as Millhiser points out, could range far higher if the bounty is decided by “a judge with particularly strong anti-abortion views.”

And the law could have a long-term chilling effect on abortion access in Texas too, even if the injunction is once again allowed to take effect pending appeal. The statute of limitations for bringing such a civil suit under SB 8 extends for four years, and many providers chose not to offer later-term care during the brief period this week that SB 8 wasn’t in effect out of fear that they could be sued retroactively.

The success of Texas’s law in blocking abortion access has also inspired at least one copycat bill: In Florida, Republican state Rep. Webster Barnaby has introduced anti-abortion legislation using a similar framework to SB 8 that would make the proposed law difficult to challenge in court.

The Fifth Circuit is likely to side with Texas

The Fifth Circuit’s decision to grant an administrative stay of Pitman’s injunction is only temporary, but it could be a sign of what’s to come as the court considers Texas’s appeal.

As the New York Times reported on Friday, some legal experts believe that this temporary order is just a prelude to a full stay, allowing SB 8 to remain in effect, and that the conservative Fifth Circuit is likely to side with Texas.

Texas’s appeal itself hinges on three arguments: That the Justice Department doesn’t have the right to sue the state of Texas, due to the way SB 8 is written and enforced; that the government’s suit won’t succeed on the merits of the case; and that the federal district court violated precedent by blocking the state of Texas itself from enforcing the law, when according to the text of the law, the state doesn’t enforce it — private citizens do.

The DOJ lawsuit isn’t the only avenue currently open to test SB 8’s constitutionality, however. Two lawsuits are also pending against Dr. Alan Braid, who admitted in a Washington Post op-ed last month that he had provided abortion care after Texas’s legal timeframe. Anti-abortion groups aren’t among the plaintiffs, but two disbarred lawyers, neither of whom are Texas residents, have filed suit against Braid. One of the plaintiffs, Felipe Gomez, isn’t seeking damages, according to the San Antonio-area ABC affiliate KSAT — instead, Gomez’s suit calls for SB 8 to be declared unconstitutional.

Close reading the fleshy, obsessive internet of No One Is Talking About This

Yellowjackets is prestige Pretty Little Liars. Hear me out.