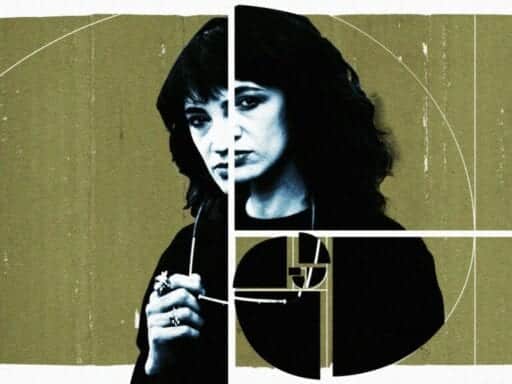 Survivors shouldn’t have to be perfect for us to believe them.

On Sunday, audiences around the world learned that actress and filmmaker Asia Argento, one of the most visible spokespeople for the #MeToo movement, had been accused of sexual assault. Argento has denied the allegations, but the news is sure to send shockwaves through the movement, as advocates come to terms with the fact that a high-profile survivor of sexual misconduct might also be a perpetrator.

Disturbing as they are, the allegations against Argento are a reminder of a bigger issue that American society still needs to reckon with: Too often, survivors of sexual misconduct have to be “perfect victims” in order to be believed. They must dress in perfect clothes (nothing too short or revealing), report the crime perfectly (delays are impermissible), and, perhaps most importantly, have a perfect past. Fail on any of these counts and they risk being branded as liars by those eager to find a reason to discount the testimony of women.

But survivors of sexual assault aren’t paragons of perfection. They’re people — one in six women and one in 33 men has experienced rape or attempted rape, according to the Rape, Abuse, & Incest National Network. Some of them are people who have themselves done terrible things, including assault others. Until we can accept this fact, and dismantle our preconceived notions about how survivors and perpetrators behave, the work of #MeToo won’t be done.

The “perfect victim” narrative is ubiquitous — and damaging

A woman’s sexual history is routinely brought up as a way to invalidate her reports of sexual violence. Rape shield laws were instituted around the country in the 1970s and 1980s as a way to keep defense attorneys from using survivors’ past sexual history to get defendants off the hook, but in practice, victims are still blamed and slut-shamed in the courtroom.

“It sounds as if she slept with almost every single man on the planet,” said defense attorney Kathleen Bliss at Bill Cosby’s retrial earlier this year, speaking of model Janice Dickinson, who had testified that Bill Cosby had raped her. “Is Ms. Dickinson really the moral beacon the women’s movement wants?” Bliss asked.

And of course, rape shield laws don’t apply in the court of public opinion, where amateur investigators routinely comb through survivors’ histories for any excuse to doubt their reports.

These investigators often pay outsize attention, too, to a survivor’s behavior during and after a crime. Unless she fights the perpetrator tooth and nail, the thinking goes, she must really have wanted the encounter. If she waits a while before reporting — and especially if she maintains contact with the perpetrator after the crime takes place — well then, she must be a liar. These attitudes ignore the realities of trauma as well as the many barriers to reporting sexual violence, but they remain prevalent nonetheless.

Meanwhile, survivors can find themselves cast out of perfect victimhood by virtue of their identities. Male survivors of assault are asked why they didn’t enjoy the experience, since men are presumed to crave sex at all times, no matter the situation or partner.

If a man is assaulted by a woman, he’s asked why he didn’t physically fight her off — ignoring the fact that survivors can freeze during sexual assault, and that the perpetrator is often a friend or partner, whom the survivor may not want to harm.

Women of color find their reports disbelieved because of racist narratives that cast them as hypersexual or undesirable. Sex workers are too often considered “unrapeable” because of their profession. There are many ways of being an imperfect victim, and few — if any — reliable ways to be a perfect one.

The #MeToo movement has to dismantle the perfect victim narrative

The #MeToo movement has raised some awareness about the problems with the “perfect victim” narrative. Many survivors have reported, for instance, that they felt they had to go along with their harassers’ advances in order to keep their jobs.

Former NBC correspondent Linda Vester said that when former anchor Tom Brokaw made unwanted advances toward her, “I felt powerless to say no. He could ruin my career.”

“There are so few jobs” in TV journalism, a woman who said she was groped by former anchor Charlie Rose told the Washington Post. “You know if you don’t behave a certain way, there’s someone else behind you.”

Accounts like these have offered a reminder that not everyone is in a position to report misconduct when it happens. But the #MeToo movement still has a lot of ground to cover.

After the first wave of #MeToo allegations last fall, a pattern began to emerge. If a survivor spoke up on his or her own or as part of a small group, the account was considered suspect — stylist Suzie Hardy’s allegations against Ryan Seacrest, for instance, have had little effect on his career.

And if what he or she experienced was not a violent sexual assault, then the experience was minimized, dismissed as no big deal. When a woman identified as Grace said she had been pressured to have sex by comedian Aziz Ansari, critics called her experience no more than a “bad date.”

Call it the Harvey Weinstein effect — if the misconduct was perceived as less severe than what Weinstein had been accused of, or if the accusers were less numerous than those who had spoken out against the producer, then critics were quick to argue that it wasn’t a real #MeToo story and wasn’t deserving of public attention. But just as there’s no single perfect victim, there’s no single real #MeToo story.

“This movement is making space for possibility,” Tarana Burke, who started the Me Too campaign more than a decade ago to help young survivors of sexual violence, tweeted on Monday. “But, it can only happen after we crack open the whole can of worms and get really comfortable with the uncomfortable reality that there is no one way to be a perpetrator…and there is no model survivor.”

As #MeToo evolves, we’ll have to understand that not only are all survivors of sexual harassment and assault imperfect — because they’re human — plenty have done things that are offensive, immoral, or even criminal.

Perpetrators may be people we respect, even revere; as Burke puts it, “sexual violence is about power and privilege. That doesn’t change if the perpetrator is your favorite actress, activist or professor of any gender.” Meanwhile, some people are both survivors and perpetrators, and their crimes do not invalidate their testimony any more than their history excuses their crimes.

The #MeToo movement has succeeded in exposing the prevalence of sexual misconduct. Part of the reason many survivors shared their stories on social media was to show how common their experiences were.

As it evolves, the #MeToo movement will need to reckon with these realities so that survivors don’t have to be perfect to be believed.

Trump’s latest Syria announcement is the clearest articulation of his foreign policy doctrine
The US has reported more than 97,000 new Covid-19 cases since the news of Trump’s positive test
A guide to Lovecraft Country’s many pop culture tropes and references
Bobby Brown denies ever having hit Whitney Houston: “The public record is wrong”
The Senate just failed to overturn a Trump administration rule on the Affordable Care Act
Right-wing media thrives on Facebook. Whether it rules is more complicated.