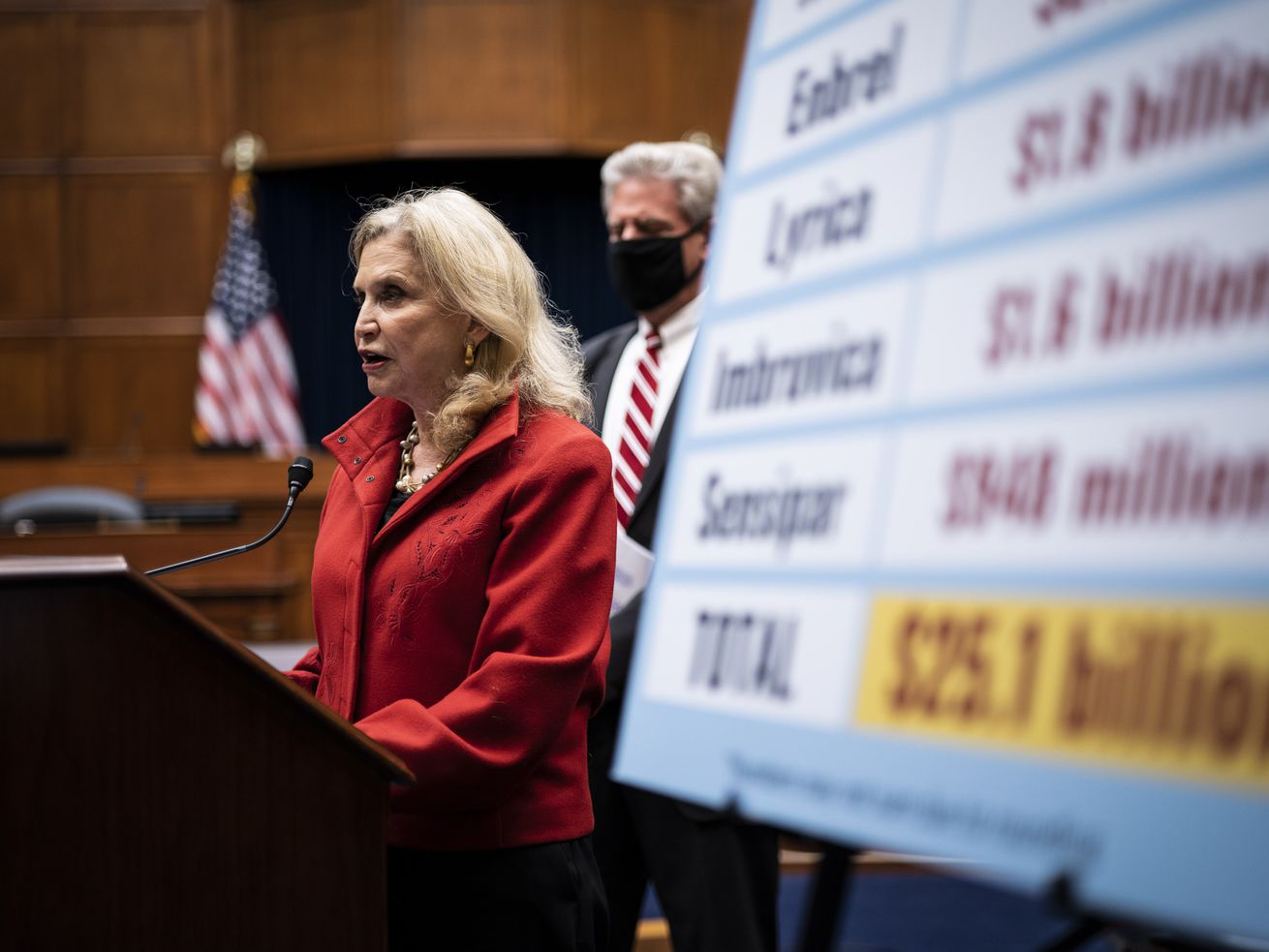 The climate bill is also a health care bill (and it does a few things on taxes, too).

It turns out that Democrats’ agenda in Congress was only mostly dead.

The surprise deal announced last month by Sen. Joe Manchin (D-WV) is a lot smaller than the grand dreams Democrats had when President Joe Biden took office in 2021. But the bill, the Inflation Reduction Act, still does quite a lot. It contains historic provisions to tackle climate change and takes steps toward fulfilling a longtime Democratic policy goal: letting Medicare negotiate the prices of some prescription drugs.

The bill could affect what kind of car you buy and how you heat your home. It will prevent big price increases this year for some people who purchase individual health insurance. And if you aren’t paying your taxes, there’s a better chance that the IRS will find out.

Here’s what’s in the bill and what it would mean for American life in the coming years.

The biggest effort to tackle climate change — ever

The Inflation Reduction Act would be the biggest thing the US has ever done to tackle climate change, and climate makes up the largest share of the bill’s spending: nearly $370 billion.

That’s smaller than the House version last fall, and a fraction of what President Biden originally envisioned for climate. Senate Democrats claim these investments will be enough to cut climate pollution by roughly 40 percent. (That’s slightly less dramatic than it sounds; the decrease is compared to 2005 levels, when emissions peaked. Even without new policy, the US still would have been on track to cut 20 percent of emissions by 2030.)

The policies overall aim to push American consumers and industry away from reliance on fossil fuels. The biggest share of the funding goes to tax credits and rebates for a host of renewable technologies — solar panels, wind turbines, heat pumps, energy efficiency, and electric vehicles. It includes incentives for companies to manufacture more of that technology in the United States. The bill would also invest in energy efficiency at industrial sites that can help lower the sector’s hefty carbon footprint, while also dedicating some funds to forest and coastal restoration.

The bill, if enacted, would break new ground on other problematic areas of the climate crisis. It sets the first methane fee that penalizes fossil fuel companies for excess emissions of the especially powerful climate pollutant. Another substantial part of the funding helps disadvantaged communities with monitoring and cleaning up pollution, and build their resilience to climate impacts.

Beyond cutting climate pollution, the clean energy investments could also make a dent in inflation. According to Robbie Orvis, senior director at Energy Innovation, rising energy prices have driven roughly a third of the 9 percent rise in the overall Consumer Price Index this past year. By helping Americans become less reliant on fossil fuels, the spending helps ease the global oil crunch and cut consumer bills.

The climate parts of the bill have gotten the most attention. But the bill also includes some significant steps on health care, including shoring up an expansion to the Affordable Care Act.

One way Obamacare expanded health care coverage was by creating marketplaces for people to purchase insurance and offering federal subsidies to help low- and middle-income households afford it. Households making up to 400 percent of the federal poverty line — about $106,000 for a family of four — could get federal help to pay their premiums. After that, they were on their own.

But in 2021, Congress eliminated those caps, instead saying that no household should have to pay more than 8.5 percent of their income for health insurance. The change had the biggest effect on people making between 400 and 600 percent of the federal poverty line (for the same household of four, that would be up to $159,000 per year). As Vox’s Dylan Scott previously reported, the changes also enabled roughly 7 million people to qualify for free health insurance under the ACA.

Those policies, however, were set to sunset by the end of this year, leaving millions of people to face much higher health care expenses moving forward. The Inflation Reduction Act extends these subsidies for three years through the end of 2025, ensuring that people won’t face that surge for a while yet. That extension is expected to cost $64 billion, according to a projection from the Congressional Budget Office.

For years, Democrats have told voters that they will take on policies that reduce the costs of prescription drugs, only to be blocked by Republicans and fall short. This bill allows them to finally fulfill that campaign promise by enabling Medicare to negotiate on prescription drugs — a major change that could lead to significant cost reductions for a small subset of drugs.

As outlined in the bill, Medicare will be able to negotiate on a handful of drugs, with those new prices taking effect in 2026. In 2026, Medicare will only be able to address costs for 10 drugs; over time, that will increase to 20 drugs. The drugs in question will be determined based on a slew of criteria, including how expensive they are.

These negotiations are poised to save Medicare a lot of money, since the prices are currently set by manufacturers. These savings — as well others generated by additional prescription drug provisions — are being treated as $288 billion in new revenue that will be brought in over 10 years, according to a Congressional Budget Office estimate.

Beyond Medicare drug price negotiation, the bill also includes other policies aimed at reducing people’s expenses. It would cap out-of-pocket drug costs for seniors at $2,000 a year and require companies to offer a rebate to Medicare if they try to raise the cost of their drugs at a rate faster than inflation.

More money for the IRS

Actually raising taxes can be hard, politically. So Democrats are, in part, taking a different approach: getting people to pay more of the taxes they already owe. The Inflation Reduction Act agreement increases funding for the IRS so that it can up enforcement and go after unpaid taxes. Senate Democrats, drawing from Congressional Budget Office numbers, estimate that, by investing $80 billion in the IRS over a decade, it will collect $203 billion. This was also part of a proposal put out by the Biden administration in 2021.

The IRS estimated that from 2011 to 2013, the “tax gap” — meaning the difference between what people pay in taxes and what they owe in taxes — amounted to $441 billion each year, or around 16 percent of total tax liability those years.

One 2019 paper by Natasha Sarin, now at the Treasury Department, and economist Larry Summers put the tax gap at $7.5 trillion from 2020 to 2029, most of that corresponding to the wealthy. They calculated that underreporting was five times higher among people making more than $10 million annually than for those making under $200,000. Senate Democrats say that none of the funds directed to the IRS will be intended to increase taxes on anyone making under $400,000.

The agreement also includes a 15 percent minimum tax on corporations with profits over $1 billion. Senate Democrats note that while the current corporate tax rate is 21 percent, dozens of major companies, including AT&T, Amazon, and ExxonMobil, pay much less than that. The proposal says that the provision would raise $313 billion, though as Politico notes, there’s debate among tax experts about how and whether this would work.

There is also a 1 percent excise tax on corporations’ stock buybacks, which are currently not subject to any taxes at all. That excise tax is estimated to raise roughly $73 billion in revenue.

Update, August 5, 12:30 pm: This story has been updated to reflect changes to the tax policy in the legislation.

How Ukraine got the upper hand against Russia

Blowtorching spotted lanternflies is, in fact, a bad idea

Are weather apps lying? The truth is in the dew point.