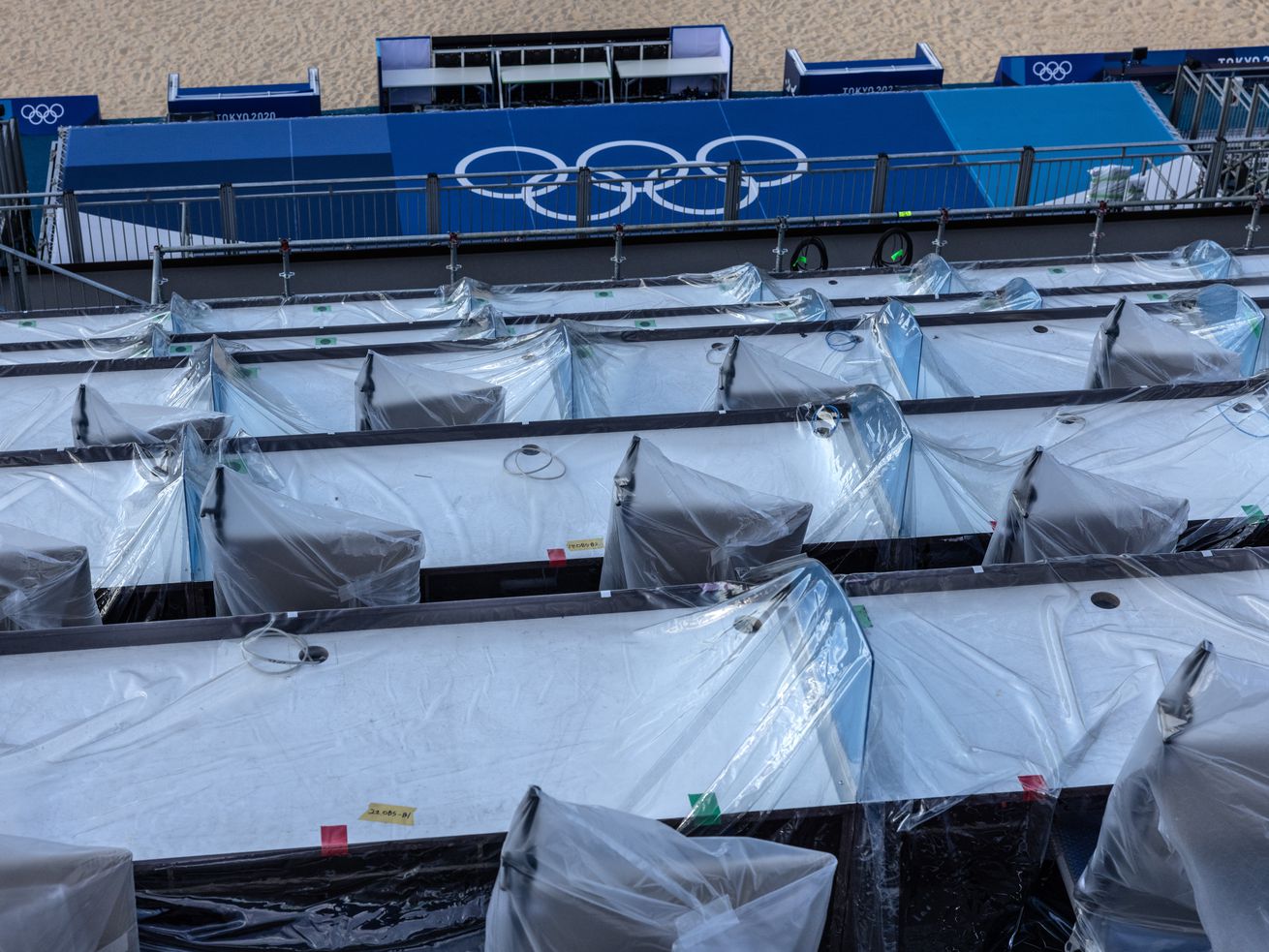 While the coronavirus still spreads worldwide, the Olympic Games will go on in Japan.

Japanese officials have decided to move forward with the Tokyo Olympic Games this summer after the Games were postponed in 2020 due to the coronavirus pandemic.

But the pandemic still isn’t over. In May, the country experienced its worst outbreak since January, with over 6,000 daily cases, spurring Japan’s government to announce an extended state of emergency in Tokyo. But while bars, restaurants, and other venues are either closed or operating under limited capacity, the Olympic Games are set to continue as planned.

Just over 22 percent of Japan is fully vaccinated against the coronavirus as of July 20 — a stark difference from the athletes in Tokyo’s Olympic Village, where the International Olympic Committee (IOC) estimates that over 80 percent of Olympians will be vaccinated.

Ensuring the safety of this year’s $25 billion-plus event — the most expensive Olympic Games on record — remains a major concern for the IOC. But with such a huge economic investment in the Games contrasting with a world still reeling from a disastrous health crisis, some critics question the need for them at all.

“I don’t know if the international prestige of holding the Olympics is worth it for a potential domestic public health event,” Timothy Mackey, an associate professor in the global health program at the University of California San Diego, told Vox’s Jen Kirby.

As it stands, the IOC and Japan remain committed to ensuring the Games continue, even if that means doing so without spectators. Just 10,000 fans — all of whom must adhere to Covid-19 protocols — will be allowed to watch in person.

The opening ceremony will be on Friday, July 23, with the Games lasting until Sunday, August 8. Follow this storystream for all of Vox’s news and updates across the entirety of the games.