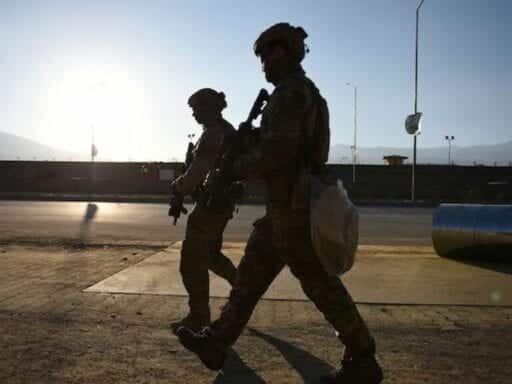 US-Taliban peace talks inch toward a resolution; Justin Trudeau’s reelection prospects are in doubt amid scandal.

Will Trump withdraw troops from Afghanistan?

“He’s gone from new and fresh to looking callow and like an old-time politician. People know now that he’s a boss who wants to get his way and he’ll push people around to do it.” [Peter Loewen, professor of political science at the University of Toronto, on how Justin Trudeau is seen following his political scandal]

Listen to this: What’s up with the yield curve?

The case against summer camp

Why is Halloween starting in the summer?

The controversy surrounding Jay-Z’s new partnership with the NFL, explained

How meritocracy harms everyone — even the winners
Poll: Most Trump voters don’t see Covid-19 as an important election issue
Code [email protected]
Irish election yields stunning three-way tie — and a Sinn Féin surge
Racial slurs and fat-shaming insults keep popping up on receipts. Is Trump worsening the trend?
If the US Postal Service fails, rural America will suffer the most