Meet the medieval Welsh poet who wrote odes to her vagina 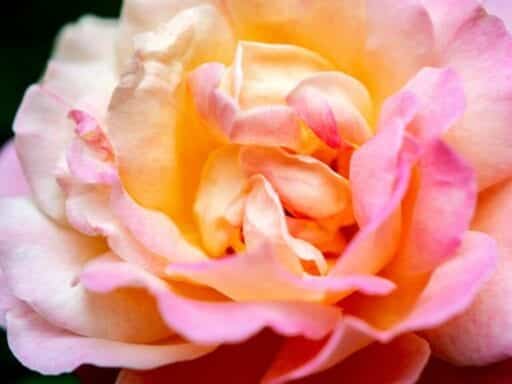 Plus, libraries are becoming flashy tourist attractions, and all the rest of the week’s best writing on books and related content.

Welcome to Vox’s weekly book link roundup, a curated selection of the internet’s best writing on books and related subjects. Here’s the best the web has to offer for the week of August 11, 2019.

Calgary’s New Central Library has a train running through it, as the site was designed to accommodate an active Light Rail Transit Line that already existed. The lobby is an arched bridge that lets locomotives go under it, and in “living rooms” patrons can sit on swirly chairs and watch them zoom by all day.

Title aside, the “Poem to the vagina” hype is understandable. It is a masterful piece of writing, one which Gramich believes “shows off her skill at ‘dyfalu’ (thinking up ingenious metaphors to describe something) extremely well.” For my part, “Poem to the vagina” provides a holistic introduction to Mechain’s poetic approach; not only is it thought to be a retort to male contemporaries (specifically, Dafydd ap Gwilym’s “Poem to the penis”), the more liberal of Gramich’s translations—the collected works contains both a rhymed, free translation and a literal one—demonstrates how it overtly engages and celebrates “you female body, you’re strong and fair / A faultless fleshy court plumed with hair,” while also expressing a general disdain for men’s opinions. In frustration that will be familiar to so many people with vaginas, Mechain bemoans men for “ignoring the best bit, silly sod … The place I love, the place I bless / The hidden quim beneath the dress.” Quite.

This was the heart of Jessup’s scheme. He would reject work, but praise the writing. His form rejections included a note: “It happens that I am both the editor of the Blue Moon and also the head of a critical revision business. If you have your manuscript revised I, as editor of the Blue Moon, shall then be glad to consider your story for publication in the magazine.” More than 30 writers agreed. Jessup took their money, and kept their stories.

It’s hard to say what exactly spurs the motivation to thru-hike, but a love of fantasy novels was somewhere among my influences. Before I even left, I marked in my guidebook where I would pass Frodo and Sam’s mileage to get to Mount Doom (about 1,350 miles — it’s toward the northern end of New Jersey, in case you’re wondering). “The obvious connection is a fascination with adventure and the unknown. We want to picture ourselves as Frodo or Bilbo, stepping out our front door on a journey to the ends of the earth,” says Alexander “Mile Back” Popp, who waxed poetic on this topic when we met up at a shelter in North Carolina.

Pretend I wrote this at your grave.

Pretend the grave is marked. Pretend we know where it is.

Copp’s Hill, say. I have been there and you might be.

Foremother, your name is the boat that brought you.

Pretend I see it in the stone, with a gruesome cherub.

Children come with thin paper and charcoal to touch you.

Pretend it drizzles and a man in an ugly plastic poncho

circles the Mathers, all but sniffing the air warily.

In March 1938, shortly before he began working on The Grapes of Wrath, John Steinbeck wrote to his agent Elizabeth Otis to turn down a commission to write about migrant workers.

“The suffering is too great for me to cash in on it … it is the most heartbreaking thing in the world,” he wrote. “I break myself every time I go out because the argument that one person’s effort can’t really do anything doesn’t seem to apply when you come on a bunch of starving children and you have a little money. I can’t rationalise it for myself anyway. So don’t get me a job for a slick.”

Then came the famous line: “I want to put a tag of shame on the greedy bastards who are responsible for this.”

A witch is a woman who has too much power. Or, to quote the novelist Madeline Miller, a woman with “more power than men have felt comfortable with”. History teaches us that witches are dangerous and must be brought down, punished and silenced. Their wisdom and their force must be neutralised through interrogation, torture and execution. Yet these attitudes aren’t merely historical; women continue to be persecuted for witchcraft in the world today. There has been a perennial literary fascination with witches; they are, as Marion Gibson, professor of Renaissance and magical literatures at Exeter University says, “a shorthand symbol for persecution and resistance – misogyny and feminism in particular”.

[Morrison’s] work resonates with the music of those soul artists alongside whom she honed her craft: the grand ambition of Isaac Hayes, the moral clarity of Curtis Mayfield, and the erotic truth-telling of Aretha Franklin. But the soul artist who is most closely aligned with Morrison is Nina Simone. “She saved our lives,” Morrison said of the singer, after Simone’s death, in 2003. Simone meant so much to her, and to other black women, I think, in part because of how she turned social exclusion into superlative beauty and style. It was this recuperative alchemy that defined soul, as a music and an ethos. And, if Simone was soul’s “High Priestess,” Morrison was one of its literary architects.

Here’s an overview of the week in books at Vox:

This is a worst-possible wildfire scenario for Southern California
How to trace an outbreak in 1854
Amazon fired three employee activists who criticized the company’s warehouse safety measures
Listen to Impeachment, Explained on Apple Podcasts
FDA: we might have to ban some e-cigarettes to stop teens from vaping
New York’s attorney general opens investigation into the NRA as its president steps down