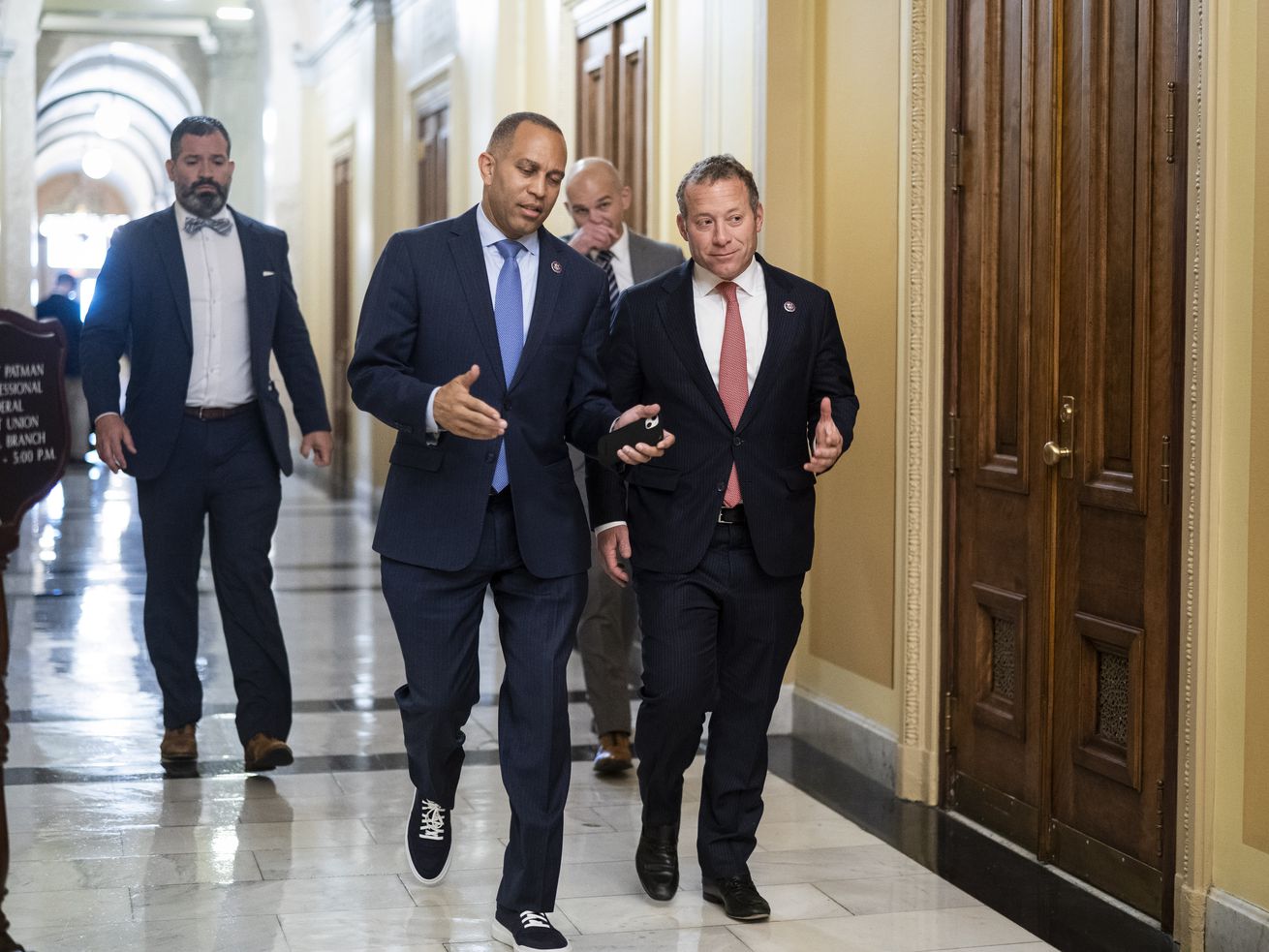 House Democrats used a recent vote to show voters they are for the police.

On Thursday, House Democrats passed a package of bills intended to blunt the GOP broadsides they’ve faced on crime, seeking to dispel any perceptions that they want to “defund the police” amid growing worries about public safety.

Democrats tried to strike a delicate balance with this package: While it includes more grant money for police, it also contains bills that would invest in reform efforts activists favor such as community-based violence interventions and first responders who are trained specifically to address mental health crises. By tackling both, they hope to show their commitment to law enforcement while also acknowledging progressive concerns about the need for alternatives and accountability.

“There’s a lot in there, it’s not just more funding for police,” says Insha Rahman, a vice president of advocacy and partnerships at the Vera Institute of Justice.

Still, the measure marks Democrats’ latest retreat from their more aggressive critiques of police violence in recent years, a reason several progressives balked at advancing the package, which seeks to push back against Republican attacks. As certain crimes like homicides have increased in 2020 and 2021, Republicans have suggested that Democrats’ support for police reforms was behind the uptick. House Democrats’ legislation — which is a byproduct of negotiations between centrist lawmakers like Rep. Josh Gottheimer (D-NJ), progressives including Reps. Pramila Jayapal (D-WA) and Ilhan Omar (D-MN), and Congressional Black Caucus leaders including Chair Joyce Beatty (D-OH) — is the latest attempt to neutralize these claims.

For now, the bills are predominately a messaging effort and unlikely to be taken up by the Senate, where passing legislation would require 10 Republicans to sign on. Although one of the bills in the package, the Invest to Protect Act from Gottheimer, has had strong Senate support, it’s uncertain whether the upper chamber will take it up on its own given everything else still on its docket. Regardless, Democrats argue the bills are a significant statement that show where they stand going into the elections, and that could broaden their voter appeal.

“I think there’s been a lot of give on both sides,” Beatty told Vox.

What the public safety deal contains

The package contains four bills that boost investment in policing and other public safety interventions. They are:

According to a statement from Jayapal and Omar, progressives were able to secure a few concessions, including the targeting of these funds to smaller police departments, the use of the money for de-escalation training, and the use of the funds for data collection on police departments. Progressives hoped these changes would ensure new spending goes to departments lacking the personnel to complete basic tasks, reduce police brutality incidents, and allow Congress to better assess individual departments’ efficacy.

Three of the four bills have strong consensus support across the caucus, while the Invest to Protect Act has garnered progressive pushback due to the funding it provides law enforcement. Gottheimer’s bill “would add nearly a quarter billion dollars in police funding over the next 5 years without addressing the crisis of police brutality,” Rep. Cori Bush (D-MO), a proponent of criminal justice reform, said in a statement arguing that the legislation should be decoupled from the rest of the package.

Beatty acknowledged that many activists may not support the bill, but noted that their input was vital to strengthening the protections in the legislation. “I’ve talked to the activists and said I’m not asking them to endorse it because they have a role: to be activists,” she said. “But for their persistence, we wouldn’t have had as many guardrails.”

The shortcomings of this public safety package

The House’s vote on public safety bills comes after past talks on police reform imploded, and as Democrats have begun to shift away from many members’ stronger condemnations of policing in 2020.

Previously, Democrats’ Justice in Policing Act, which would have limited the qualified immunity protections the police have, failed to advance in the Senate due to Republican opposition. Since then, members of the party have distanced themselves from a focus on reforms due to fears that rhetoric around “defunding the police” hurt lawmakers in battleground districts in the last election.

That’s led to the sorts of compromises that are evident in the latest package, which has disappointed many activists.

“The policing bills on the table right now do nothing to address police accountability,” said Color of Change president Rashad Robinson in a statement. “Encouraging more ‘training’ without any real accountability measures is a fake solution that will not make our communities safer.”

Some of the measures activists are calling for, such as policies that would divest federal funding from police, don’t yet have the congressional or executive branch support needed to become law. Their critiques about Democrats’ new bills are also backed up by research, which has found, for instance, that actions such as increased data collection have run up against problems like underreporting.

At this point, these incremental measures are likely the most House Democrats could do with the narrow margins they have and the tight timeline they face ahead of the elections. With less than two months to go until the midterms, this could well be their last chance to pass anything on the subject. For many moderates, doing so was important to send a message, even if it’s the wrong one for activists who’ve long supported the party.

“Today, we will witness with our own eyes who actually wants to fund the police,” Rep. Demings, a former Orlando police chief and Democrats’ Senate candidate in Florida, said in a floor speech on Thursday.