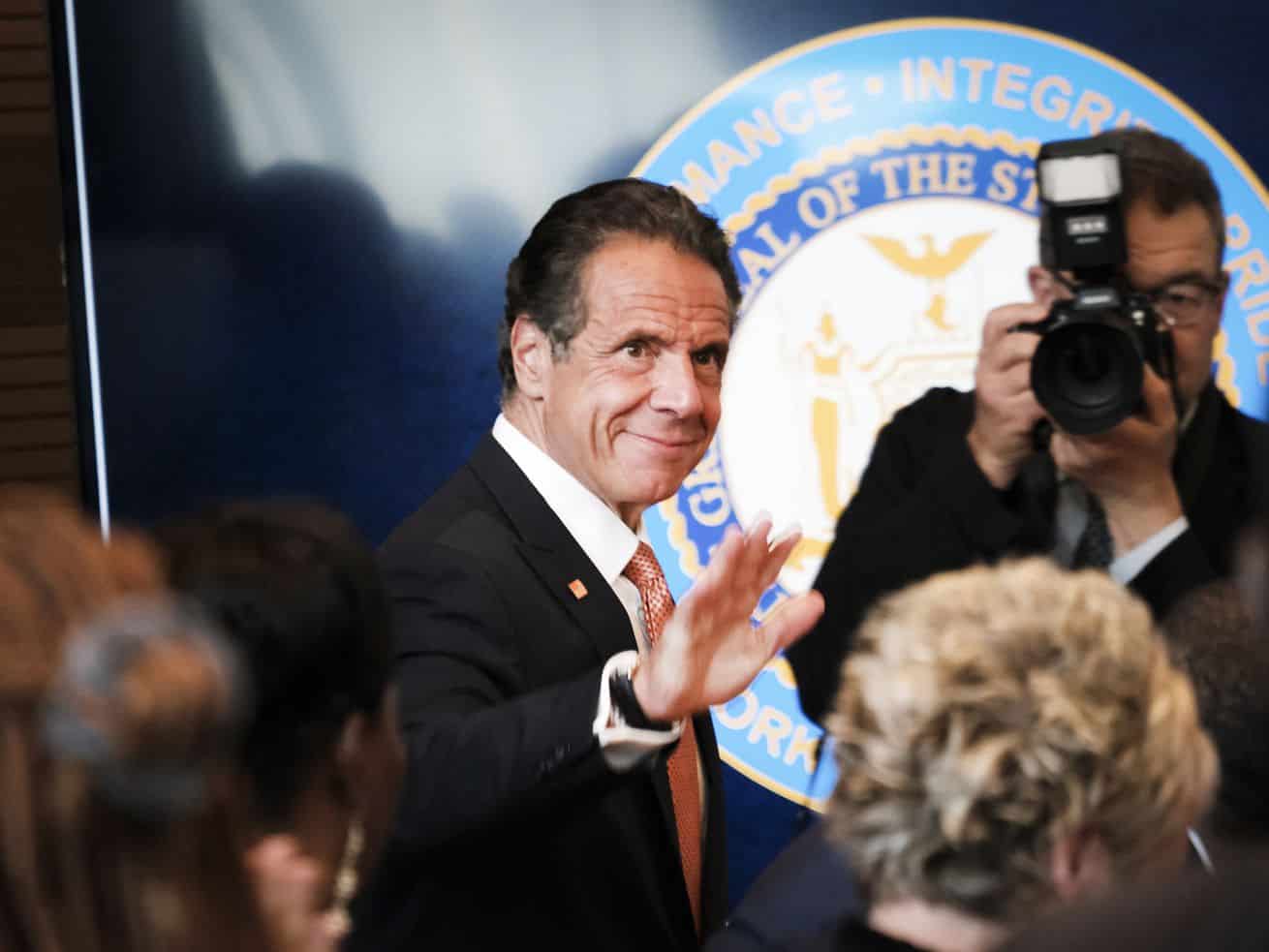 The new report accusing New York Gov. Andrew Cuomo, a Democrat, of sexually harassing several women has raised the odds that he’ll be ousted from office — but it hasn’t entirely quieted fears that he’ll be let off the hook.

The report from the New York state attorney general’s office documented testimony from 11 women, mostly state employees, who allege that Cuomo acted inappropriately toward them. The accusations covered conduct ranging from unwanted kissing and touching to inappropriate comments. One state employee claims Cuomo groped her breast; others describe the governor telling sex jokes and commenting on how they looked.

This isn’t even the only scandal Cuomo’s facing — investigators are looking into his handling of data on Covid-19 deaths at New York nursing homes and whether he used state resources to write and promote a book, among other matters. Criminal charges from county prosecutors are also possible. (In response, a lawyer for the governor issued a statement asserting that the worst of the allegations are simply untrue, and Cuomo himself claimed in a Twitter video that he has a habit of touching people’s faces and doesn’t intend anything sexual by it.)

The problem is that, for now at least, he says he won’t.

So, what’s next? An impeachment vote in the New York State Assembly looms, posing the threat that Cuomo could be removed from power involuntarily. But Democrats are still hoping that won’t be necessary. As New York state Sen. James Skoufis said recently, the hope is that once it’s made clear to Cuomo that his impeachment and removal is certain, he’ll resign to save some face.

Scandal-plagued politicians often don’t resign because of shame or docility, but because they’ve concluded that leaving office voluntarily is the least bad, most face-saving option for them personally.

That could still happen. But Cuomo, evidently, has not yet concluded that he’s doomed. We’ve seen politicians fend off calls for resignation and beat back impeachment efforts before, even in the face of seemingly damning evidence. If Cuomo keeps refusing to go, Democrats will have two options to oust him against his will: 1) through impeachment, and 2) in the 2022 elections, if impeachment fails and Cuomo continues his reelection bid.

A scandal-spurred resignation is nothing new for New York Democrats, given the downfalls of Gov. Eliot Spitzer (in 2008) and Attorney General Eric Schneiderman (in 2018). But Cuomo seems to be trying a different strategy — that of Donald Trump, who stayed in both the 2016 presidential race after several women accused him of sexual misconduct and in the White House after numerous scandals. Cuomo may also be thinking about Virginia Gov. Ralph Northam: Practically every leading Democrat asked him to resign when photos showing him in blackface surfaced in 2019, but he stayed in office and has since been welcomed back into polite Democratic company.

Cuomo’s political position looks far worse than Trump’s or Northam’s, though. While some top Republicans repudiated Trump on occasion, most others remained loyal to him despite years of scandals, as did the vast majority of GOP voters. But polls already show a narrow majority of Democratic voters in the state saying Cuomo should resign.

Northam’s scandal, meanwhile, did not involve official misconduct, so impeachment never went anywhere. But leaders of the New York State Assembly, which has the power to impeach, have said they’re very serious about pursuing Cuomo’s removal and hope to make it happen within months.

Impeaching a governor in the New York State Legislature plays out similarly to that of a US president in Congress. The Assembly goes first, and a majority vote there is necessary for impeachment. A trial is then held in the state Senate, with a two-thirds vote there being necessary to convict Cuomo, remove him from office, and ban him from holding future elected office in the state. (One difference is that the “jury” in a potential Cuomo impeachment trial would include 62 state senators plus seven judges of the New York State Court of Appeals, all of whom Cuomo appointed.)

Democrats hold large majorities in both the State Assembly and State Senate, so Cuomo’s fate depends on them. As with Trump, Cuomo’s best hope may be the Senate’s two-thirds threshold necessary for conviction. If just 24 senators vote no, he’ll be able to stay in power.

Still, Democrats are hoping to avoid the ugly, protracted process of impeachment by getting Cuomo to resign. One way to do that would be to make clear that he doesn’t have enough support from state senators and that the outcome truly is inevitable — if, in fact, it is.

If Cuomo survives impeachment, there’s an election next year

As of now, Cuomo still seems set on running for a fourth term as governor, and no Democrat has stepped up to challenge him in the June 2022 primary. So if he does manage to fend off impeachment — and if, improbable as it may seem today, he stays in the race — the party would face quite a dilemma.

That is, they’d need at least one strong challenger to oust Cuomo, but if several enter the race and Cuomo stays in, it may be challenging for the party to coordinate around one alternative.

According to the New York Times’s Katie Glueck, “many Democrats hope” that Attorney General Letitia James, whose office released this week’s report on the investigation into Cuomo’s conduct, will run, but it’s not clear whether she will. An early, unified party backing one challenger would be another way to send Cuomo the message that his time as governor is up.

But Cuomo could gamble that he’s more in touch with rank-and-file party voters than his critics. Glueck writes that he’s been seeking “to connect with those voters — especially older voters — who might be sympathetic to his suggestion that many of the allegations of misconduct can be traced to ‘generational or cultural’ differences or misunderstandings.” And, if things truly get to this point, it really would be those voters who make the call.

Tearing down the academic research paywall could come with a price