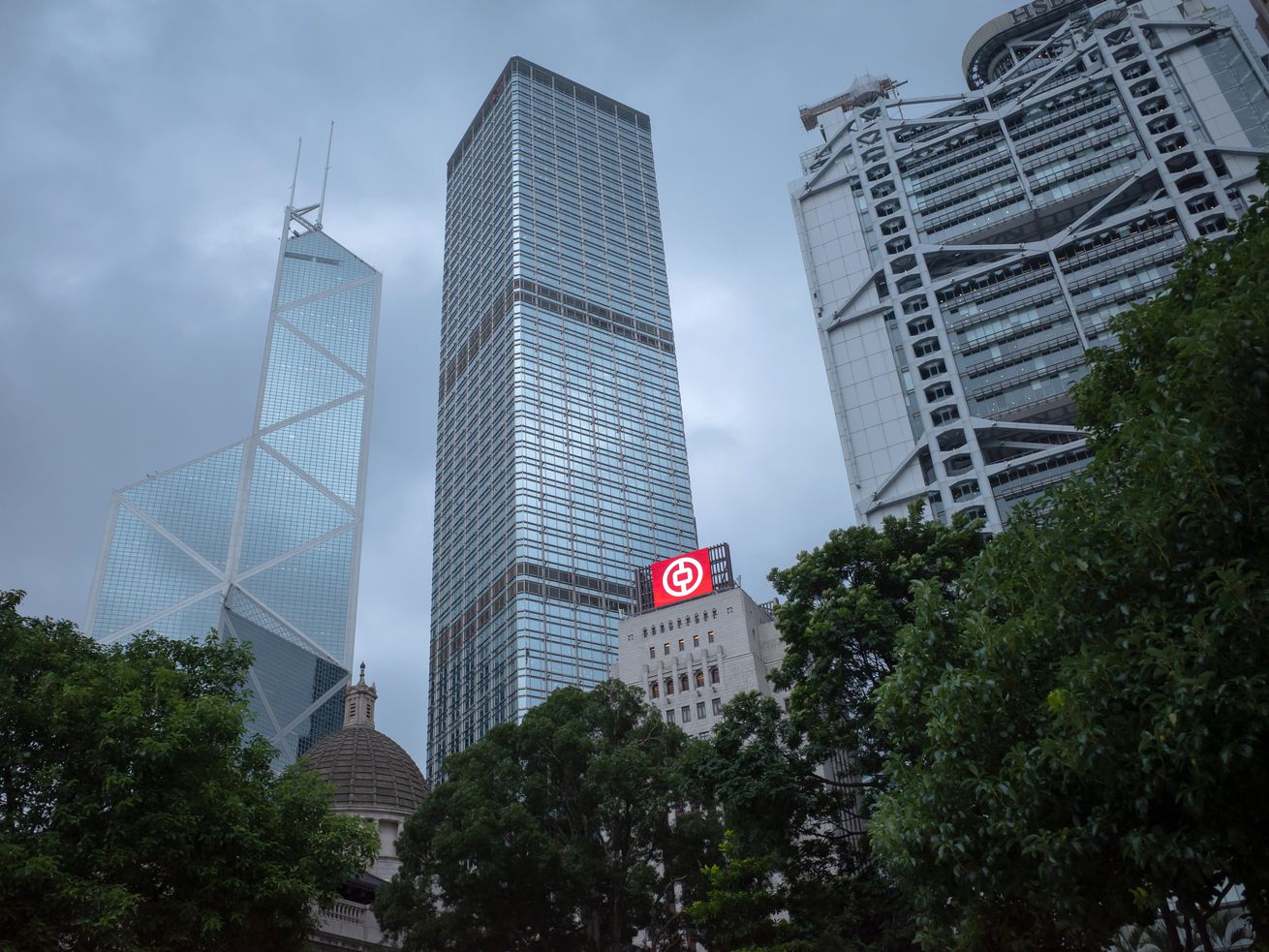 The national security law has stifled democracy in the global financial center.

The Biden administration in July issued a warning to US companies: Doing business in Hong Kong is increasingly risky. The advisory, released jointly by the departments of State, Treasury, Commerce, and Homeland Security, was basically a giant red flag cautioning companies and investors against the complications that are emerging under China’s national security law.

China imposed the sweeping legislation a little more than a year ago. It has since stifled Hong Kong’s pro-democracy movement and undermined its autonomy, rule of law, and free speech traditions.

This tenuous political climate has shaken Hong Kong, but it has not yet upended its status as a global financial capital. The United States’s advisory is recognition that this might change as China continues its crackdown in the territory. International businesses — and their employees — could soon find themselves entangled in national security law enforcement.

“We are entering a much more difficult phase in terms of Hong Kong’s traditional role as a key hub for international business, with all of the rule of law protections,” said Georgetown Center for Asian Law executive director Thomas Kellogg, who recently wrote an article for Foreign Policy on the potential risks companies face. “That seems to be changing.”

The question is whether businesses will heed these warnings.

China, for its part, is banking that Hong Kong’s infrastructure and economic climate will still make it a destination for foreign businesses in Asia despite the crackdown. After all, trade wars, tense Washington-Beijing relations, Beijing’s atrocious human rights record, and US sanctions have yet to stop most US firms from doing business in mainland China. And that may keep Hong Kong’s economic might intact while doing little to stop its democracy from crumbling.

Why companies need to be wary of the national security law

On July 1, 1997, Great Britain “handed over” Hong Kong to China on the promise that China would give Hong Kong a “high degree of autonomy” for 50 years, until 2047. The setup became known as “one country, two systems.”

This preserved Hong Kong’s basic freedoms, including its independent judiciary and rights like freedom of the press. Under this arrangement, Hong Kong could also maintain its liberal economic and trade policies.

These two things aren’t fully separate. Hong Kong’s autonomy — especially its legal traditions, based on British common law — made it a stable and attractive place for global companies to do business, and the safe and reliable way to make inroads in mainland China. Hong Kong also maintained free-market policies, with an open economy and things like a convertible currency, which all facilitated international trade and business.

But if Hong Kong was once the West’s gateway to mainland China, the national security law is blurring that boundary. As the Biden administration warned: “Business and rule of law risks that were formerly limited to mainland China are now increasingly a concern in Hong Kong.”

So far, Hong Kong authorities have used the national security law to go after civil society groups, pro-democracy politicians, and journalists. But the national security law is so broadly and vaguely written — it criminalizes the offenses of secession, subversion, colluding with foreign powers, and terrorism, none of which is particularly well defined — that it can be hard to know whether an action would run afoul of the law until it’s too late.

That makes foreign companies and employees potentially vulnerable to everything from fines and penalties, like the suspension or revocation of necessary licenses, to even imprisonment for individuals if they’re found in violation of the national security law.

For instance, there are some concerns that even run-of-the-mill banking products, like financial analysis or market outlooks, could violate the law if the Chinese government feels they endanger its national security. It’s potentially the same if a company, say, does business or hosts a website linked to a pro-democracy activist. And none of it even has to happen within Hong Kong’s borders; the national security law is written so that it applies extraterritorially.

Beyond being targets of the law themselves, officials and experts worry that businesses will be roped into national security law enforcement.

For example, back in May, Hong Kong police ordered Wix.com, an Israeli web server, to take down a site linked to Hong Kong pro-democracy activist Nathan Law, citing the national security law. The company initially complied, but after pushback from Law and others, quickly backtracked and apologized, calling it a “mistake.”

Experts I spoke to noted that this case was an attempt to shut down freedom of speech beyond Hong Kong’s borders, but that a company or firm based in Hong Kong might have a much, much harder time saying “no.”

Hong Kong authorities could also request data from tech companies on pro-democracy activists — leaving companies in a bind as to whether to comply or face penalties themselves.

This goes back to the warning from the Biden administration that the risks in Hong Kong are starting to look like the risks in mainland China; there’s a blurring that wasn’t there before. Georgetown’s Kellogg emphasized that that hasn’t fully happened yet, but that is what everyone is watching for — that the erosion in the political and national security space bleeds over into business.

And, of course, none of what’s happening in Hong Kong can be separated from the geopolitics of it all, especially for US and other foreign firms.

The US has sanctioned several Chinese officials involved in curtailing Hong Kong’s freedoms. Those sanctions create their own obstacles for firms doing business in Hong Kong (or China) that have to be careful to follow US sanctions law.

That alone is tricky enough, but China has also enacted its own policies that essentially punish firms for complying with US and EU sanctions, and they’re making sure those rules extend to Hong Kong, too.

Which means companies are now caught in the middle of two superpowers, at risk of violating one’s laws if they comply with the other’s. Perhaps it’s no surprise, then, that companies in Hong Kong have been beefing up their regulatory compliance staffers.

The pressures are there. But is anyone budging?

A lot has changed since the 1997 handover. Hong Kong is a much smaller part of the overall Chinese economy — less than 3 percent compared to about 18 percent about 25 years ago.

Even so, experts said, Hong Kong still has a lot of advantages — no capital controls, a fully convertible currency — over just setting up shop in Shanghai. Major economic hubs in China don’t yet have the kind of well-developed financial infrastructure Hong Kong has. And at least for businesses, that continues to matter.

“Infrastructure is very hard to move,” Rachel Lord, the head of investment firm BlackRock’s Asia-Pacific operations told the Financial Times in February. “It’s less about politics and more about the way the ecosystem is set up, and I don’t see any sign that Hong Kong loses its pre-eminence.”

For the US, this is the big problem. Companies aren’t abandoning Hong Kong (and to some degree, mainland China), despite the increased political tensions, human rights violations, and democracy crackdowns.

The Biden administration’s advisory last month might have been a warning, but it also looked a bit like a plea to businesses to take this erosion of democracy in Hong Kong, and the national security law, a bit more seriously.

“It’s kind of an attempt at ‘moral-suasion,’ to try to persuade these companies to leave, even though the commercial logic for doing so, in my view, is still weak,” said Gabriel Wildau, a political risk analyst at Teneo who focuses on China.

But unless it’s accompanied by policies forcing companies to act, that moral persuasion seems unlikely to work, many experts told me. Even as US corporations are increasingly taking stands on political and social issues at home, they are more reluctant to do so on geopolitical issues, especially Hong Kong. Just look to the NBA.

China, which has an interest in seeing Hong Kong retain its status as a global financial hub, is likely counting on the persuasion route to fail, too. As experts told me, Beijing basically wants to have its cake and eat it, too. “They want to have political control over Hong Kong, and they want Hong Kong to remain as an important regional financial center,” Wildau said.

Right now, it very much seems to be working. As Bloomberg reported in July, “more than a year after the crackdown began, signs of an investor exodus are hard to find.”

According to an annual survey by Hong Kong’s Census and Statistics Department released in late November 2020, the number of parent companies located outside Hong Kong but with business operations in the city dipped only slightly from 2019 to 2020, from 9,040 to 9,025. And even those numbers don’t say a whole lot, as it’s not clear why those companies left (beyond the national security law, there was the Covid-19 pandemic and its economic fallout), and the survey includes companies headquartered in mainland China.

Doug Barry, senior director of communications and publications at the US-China Business Council, said there’s no doubt that uncertainty and the poor relationship between Washington and Beijing is worrying businesses. But when it comes to China overall, most of their members are still maintaining their investments.

“What we tell our companies is, ‘hang tight.’ We know that this is a very difficult period that we’re going through here,” he said.

But this also isn’t business as usual. On the margins, at least, firms and corporations or even individual employees are rethinking whether it makes sense to be there. The Wall Street Journal reported in June that dozens of international firms have moved regional or local offices, including headed to Singapore, but also to Shanghai.

The American Chamber of Commerce in Hong Kong conducted a survey of about 300 of its members in May 2021, with about 42 percent saying they were considering or planning to move away. The respondents cited the national security law as the No. 1 issue over others like Covid-19 and affordability.

“Previously, I never had a worry about what I said or wrote when I was in Hong Kong,” one respondent wrote in the survey. “With the NSL [national security law], that has changed. The red lines are vague and seem to be arbitrary. I don’t want to continue to fear saying or writing something that could unknowingly cause me to be arrested.”

Wildau said most of what he’s seen is anecdotal, but expats are starting to see the crackdown as making Hong Kong less open, less cosmopolitan, and so foreign workers are rethinking their place in the city — though that may just mean locals will fill those jobs instead.

I reached out to employees in multinational firms and business owners who currently and previously worked in Hong Kong; most did not want to comment or declined to speak on the record over concerns about the impact on their jobs. In a lot of ways, it showed how uncertain the situation feels right now.

For China, the chilling of dissent, having people worried about what they will say or do, is kind of the point. This is the have-its-cake-and-eat-it-too strategy. And if that means some foreign workers or some businesses decide to relocate, that might be a trade-off worth making for the consolidation of Beijing’s political control over Hong Kong.

“It seems to me that Beijing sees national security in Hong Kong as a higher priority than anything else,” Tianlei Huang, a research fellow at the Peterson Institute for International Economics, said in an email. “If the national security law enforcement means some foreign companies in Hong Kong concerned about the potential pitfalls might be moving capital, assets, or operations elsewhere, Beijing will allow that.”

2 big winners and 3 big losers from the 2022 primaries

Why it’s so hard to rewrite a country’s constitution