Honesty first: how to make politicians pay for lying 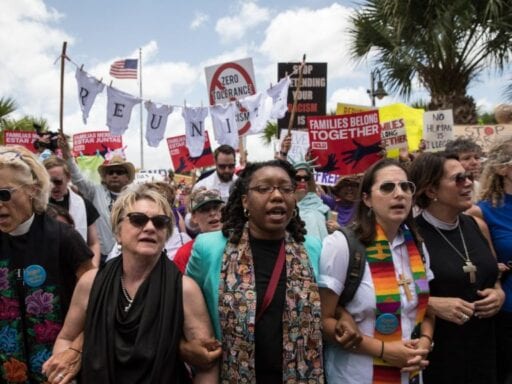 Voters are more likely to call out a lie if they first discuss the importance of being honest.

In early June, widespread public backlash grew over the practice of separating undocumented immigrant children from their parents, many of whom were under the age of 5. While separations were the result of a “zero tolerance” policy announced in early May, outrage did not reach its peak until a month later when images of children in chain-link cages and an audio recording of small children calling out for their parents were made public.

Throughout the episode, the Trump administration’s justification for maintaining this policy shifted. The attorney general and the White House chief of staff both said the policy was a deterrent for illegal immigration. Yet Homeland Security Secretary Kirstjen Nielsen maintained that separating children wasn’t even a policy of the administration.

Are there penalties for lying?

Despite the shifting rationale for the family separation policy, including the denial that such a policy even existed, many observers believed this would do little to impact attitudes toward Trump. As the Associated Press reported, Trump supporters did not see this as an episode of dishonesty, but rather one of the president trying to force the hand of Congress to act.

Previous political science research notes that individuals are often willing to ignore the facts of a situation and instead adopt whatever attitude is most in line with the party or politician they support. Milton Lodge and Charles Taber show that presenting individuals with new information that contradicts their previously held attitudes can actually cause Americans to dig in, rejecting the new information in favor of their prior beliefs.

Can we move them?

Our research begins with a simple question: If Americans hold their partisan beliefs so deeply, is there anything we can do to move them? We think there are methods, but they have their limits. While Americans undoubtedly value their partisan identity and seek to support its cause, we note that there are other values that should also matter. The norm of honesty is typically learned from an early age and as a result becomes part of an individual’s self-concept. We argue that because of this, there should be a latent desire by many to be honest themselves and to sanction individuals who are not honest.

Here’s how we did our research

We sought to leverage the norm of honesty to see if we could get some people to admit that Trump had, in fact, been dishonest when describing the crisis at the US-Mexico border. Within days of the executive order being signed, we fielded a survey experiment on a sample of 600 respondents, randomly assigning each person to one of two groups. We should note that our sample may not be nationally representative in the strictest sense given the subject pool we used (MTurk). Compared to this poll, our sample leans about 13 points more Democratic than the general population. However, since we split our subjects by their partisan affiliation, we can still make claims about the effects within each party.

The treatment group was asked to describe why “honesty is an important quality.” Priming honesty in this group, we reason, may force some individuals to more explicitly recognize the dishonesty in the Trump Administration’s shifting explanations. The second group was asked to describe why “it is important to maintain an active lifestyle.” Because this topic does not touch on immigration, opinions among this group constitute the control.

After this, both groups read a story that described how Trump had initially said that the crisis could not be fixed with an executive order, then quickly changed course and a week later signed an executive order on the issue. Respondents were then asked to rate whether Trump had been honest (on a four-point scale, which we rescaled to 0-1 for purposes of analysis) in discussing how the administration could respond to the situation at the border.

Because we fielded this experiment during a time the topic of family separation was being discussed in the press, we recognize that a large number of people probably came into the survey setting with this knowledge. Yet the pre-treatment effect should, if anything, make finding an effect more difficult.

Honesty matters, but so does partisanship

Our findings reveal that forcing an individual to think about honesty does increase subjects’ willingness to view Trump as dishonest. Yet so does partisanship.

Democrats, unsurprisingly, do not move more negatively against Trump if they are primed to think about honesty. This is less an indication that Democrats do not value honesty and more an indication that Democrats already hold such negative attitudes toward Trump that there is really nowhere for them to go. Republicans in our sample, however, do move negatively against Trump. They shift nearly a tenth of a point in a negative direction.

To put that in context, 68 percent of Republicans in the activity condition said Trump was either somewhat or very honest about his immigration positions. For Republicans primed with the honesty condition, that dropped to 59 percent. Even given the limitations of our sample, this shift is dramatic. Independents likewise were more willing to see Trump as less honest if they were first asked to think about honesty before reading the story.

Where does this leave us?

While talking about honesty does have an effect, a clear majority of Republicans in our sample still see Trump as honest even when the shifting explanation on family separation is put directly in front of them. Yet we show here that there are methods to get individuals to break from their partisan ties and recognize a reversal. While this will not necessarily translate to a change in votes in a future election, the more public discourse focuses on the importance of honesty, the more politicians across the political spectrum will likely be sanctioned for violating it.

Candace Turitto, Ph.D. in government and politics, University of Maryland

Sarah Croco, associate professor of government and politics, University of Maryland, and author of Peace at What Price?: Leader Culpability and the Domestic Politics of War Termination

4 winners and 3 losers from the November Democratic debate
The Trump campaign’s boast about impeachment polling is actually an own goal
Android’s new privacy features sure look familiar
Can banning plastic straws really save the ocean? No. But we should ban them anyway.
“You can’t scare a virus”: World War Z author Max Brooks on pandemics, fear, panic, and hope
Cosmologist Martin Rees gives humanity a 50-50 chance of surviving the 21st century