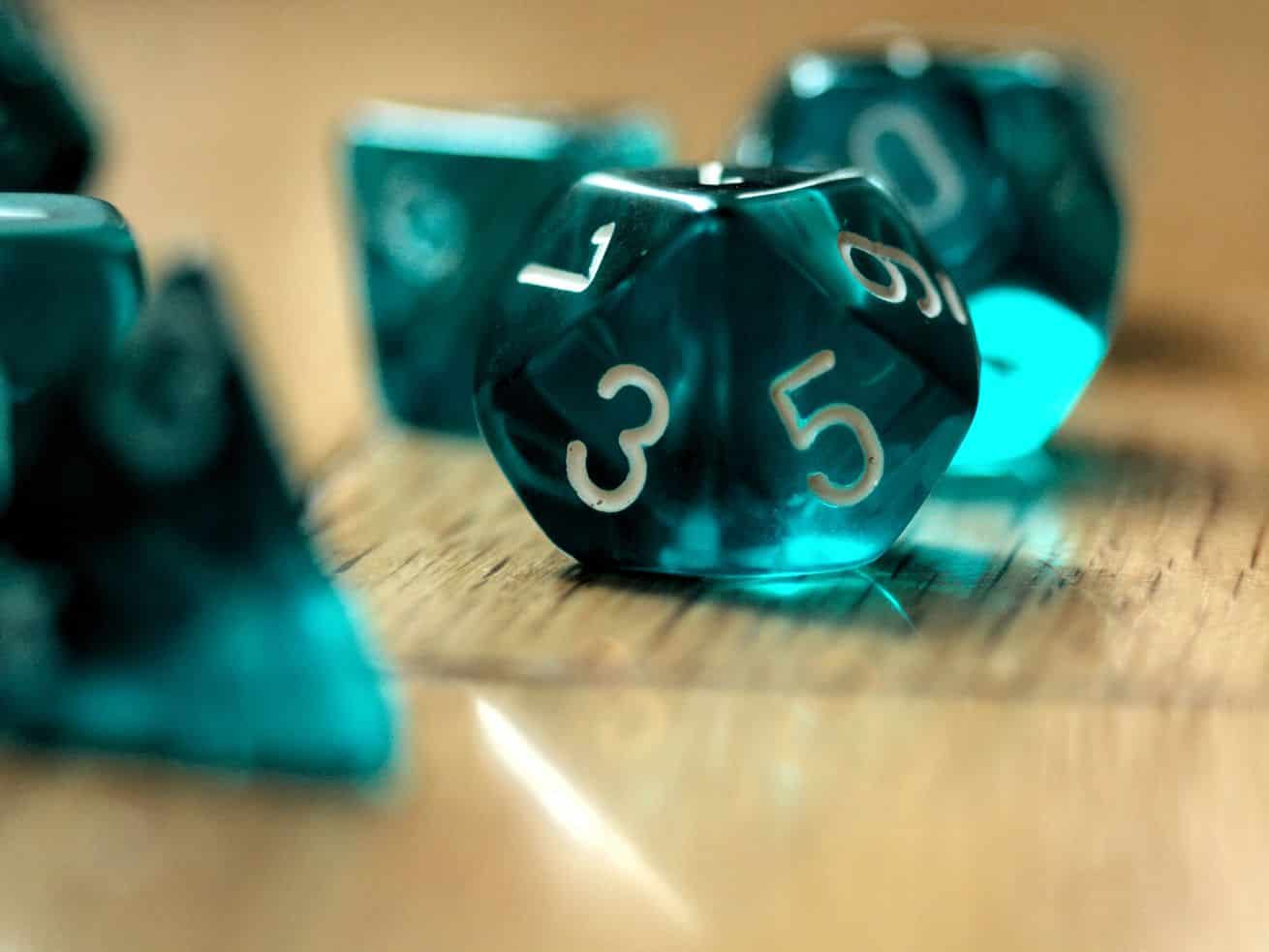 Why Dungeons & Dragons newbies trust DM Timm Woods to guide them through the game.

It takes a lot of work to be a dungeon master. As the person in charge of a tabletop role-playing game — even informally among friends — you’re responsible for buying all the rulebooks, drawing up the maps, performing all the ancillary characters, and making sure your friends show up on time for each session. It’s a labor of love; a successful Dungeons & Dragons campaign often feels like a second job. But if all those chores seem like too much of a lift, any enterprising explorers can give Timm Woods a call.

Woods is one of the few people on Earth who can call themselves a professional dungeon master. He fell in love with the hobby at 12 and began advertising himself as a reliable, for-hire DM while working at a comic book shop and going to grad school for game-based education in New York. By the time he finished his PhD in 2017, a slew of RPG groups had recruited Woods, thanks to his expertise in worldbuilding, tone, and improvisation — all crucial facets of any DM worth their salt. In an average week, Woods will attend anywhere between seven and 12 campaigns, with players of all different ages and experience levels. It doesn’t matter if you’re a 10-year-old in an after-school program or a father rediscovering their bygone juvenile joys; Woods will happily guide you through. We talked about that as well as how the pandemic affected his business and how he handles Dungeons & Dragons groups when it’s clear that at least one party member wants to be doing literally anything else.

So how did you become a professional game master?

I definitely didn’t envision the possibility of doing this full time. But when I was in grad school, I focused my PhD around this idea that gaming, learning, and school overlap with each other. At the time, I was working at a comic book shop, and I started handing out business cards advertising myself as a professional game master. I did a lot of research on the possibility of bringing games into the classroom, and when I was finishing up my degree, I started getting more opportunities to run role-playing games at after-school programs. It kept trickling in, as word of mouth got around, and before I knew it, I had three or four schools booked a week, plus games with adults in the evenings. It was kind of funny how often a game with some kids would lead to a game with their parents. Before I knew it, I had a full schedule.

Traditionally, a Dungeons & Dragons campaign comes together when one person in a friend group takes charge and buys all the books. That person usually winds up being the DM. What are some of the advantages of seeking out a professional to be a dungeon master?

You’re hitting on something that is really important. Every D&D game comes together because one friend is invested enough and is capable of rallying the troops. They have enough enthusiasm for the game, and the ability to get everyone to formulate a schedule that works. There are so many people playing these games and also people who want to play these games if it was made accessible. That second group is probably 20 times bigger than the primary player-base. I tend to think that most people, even if they don’t know it, would enjoy playing D&D. I tend to pick up the people who don’t have that one friend who takes charge. There are so many underserved people like that. When I worked at a board game cafe, I had so many people come in and say, “Oh, D&D, I’ve always wanted to play that.”

One of the advantages of hiring a professional is that people bail on my games less often. Putting money on the table makes the scheduling a lot easier. We’ve all been in plenty of D&D campaigns with people we love, but they fall apart over time as scheduling mishaps come up. I’ve been in many campaigns that have lasted four or five years, but that’s the exception, not the rule.

How did you sustain yourself over the course of the pandemic, when in-person tabletop gaming was an impossibility?

Everyone was willing to try out new hobbies during Covid. It was a very interesting time. I’m happy to say that just this week I finally had the chance to do an in-person session. I remember feeling it first in March when my after-school sessions were being canceled, but very quickly, I had groups reach out to me who were interested in trying to take their games online. That turned into groups I hadn’t worked with previously inquiring about online campaigns, and by April and May, I actually had more demand than I did pre-Covid.

I ended up running games through a combination of Zoom and an app called Roll20. There were a lot of international groups — in different states and countries. Once people were forced to play online, the restrictions of availability or location fell away. Going forward, 50 percent of my games will stay online. It was a very interesting time.

What’s your process for feeling out a new group? It sounds like meeting a new therapist or something.

It’s funny you say that because I was talking to my therapist about this and they were like, “Sounds like there’s a point of comparison here.” There’s an intimate relationship between a dungeon master and a group. When a new group reaches out, I think it’s weird for both of us. What makes it easier is that 80 percent of the players that reach out to me say that it’s their first time playing D&D. They aren’t saying, “I want this edition or that edition.” They’re not saying, “I want Pathfinder and not D&D.” All they’re saying is, “What’s good? What should we play?”

It’s a vibe check. I don’t ask questions or do a formal survey on their experience because that’s a sensitive question. Instead, I’m always tuning in my head what a session is going to look like. I’m proud to say that when I meet a group, within five minutes I can be like, “Okay, that’s the guy who’s played a bunch, and this person understands enough that they want to role-play some silly decisions.” What really helps me dissolve my ego is when I run RPGs with kids. You never know what you’re going to get when you play with kids. You might end up building a zoo for an hour and then form a band.

When you’re running a game for kids, are you trying to weave any educational principles in the campaign? Or are you just trying to give them a fun afternoon?

I believe that games like Dungeons & Dragons inherently encourage critical thinking. There are some basic skills, like math, baked into the design. But I’ve also worked with a lot of students who have certain needs or were on the spectrum, and I saw a lot of learning take place. I’m not setting up a curriculum with very clear guidelines. Instead, it’s like, “Okay, the lesson today is, ‘How do we regulate our emotions when we don’t get the dice rolls that we want?’” It’s impossible for me to run an RPG that doesn’t have huge amounts of learning built into the campaign. It’s a meeting point between being a professional dungeon master and a teacher.

Do you have a go-to campaign for each group you take on? Or do you draw up a new adventure for each one?

It depends on the exact group, but I have a few starters that I run with. For a one-shot birthday party, I’ve found that the beginning of this adventure called, “Hoard of the Dragon Queen” works well. There’s a village under attack, and you can fight a dragon. It’s like D&D by Michael Bay. But if we have a group that’s very new, and the environment is more like four friends who are in a book club, I like to use the adventure that comes in the beginner box. It’s nice to be able to say, “Listen, you’re bringing me in for today, but you can buy the beginner’s box and continue this adventure right where you left off.” I like to think that ensures that I’m not gatekeeping the hobby in any way.

How do you deal with the one person in the group that might not want to be there?

That person is always interesting. It tends to come up when I run games at a company. A boss says, “I have a team of 20 people,” which is impossible. I cap my campaigns at no more than eight. When you go beyond that limit, the person that doesn’t want to be there really doesn’t want to be there. The turns take forever. I had someone walk out on the campaign. It was all in good fun, of course, but I had sympathy for them. Usually, my strategy is to come on strong enough, with enough excitement and enthusiasm, that if someone doesn’t want to be there, they’ll usually show it by being shy or reserved. Then my goal is to find a way to get that person in the game. D&D has so many different elements to it that it appeals to so many different kinds of people, that there’s usually a key somewhere to that person’s door.

It certainly feels like tabletop gaming has become way more mainstream in a short amount of time. Do you think your job would’ve been viable in the ’80s or ’90s?

I do think that I’ve ridden a wave of the mainstreaming of the hobby. The stigma has really fallen away. I wouldn’t be able to do this job if I was just serving the gaming community. My whole business is founded on bringing people into the hobby who don’t have access to it.

The big drop in American poverty during the pandemic, explained
Trey Gowdy Threatens DOJ, FBI Officials Over Clinton Probe Documents
Why can’t we sleep?
How LGBTQ Pride Month became a branded holiday
Water rights, freeways, and Hollywood gossip: the secret history of LA, in 3 detective movies
The Supreme Court has delivered a devastating blow to the US asylum system