Jeffrey Epstein is dead. His story isn’t over. 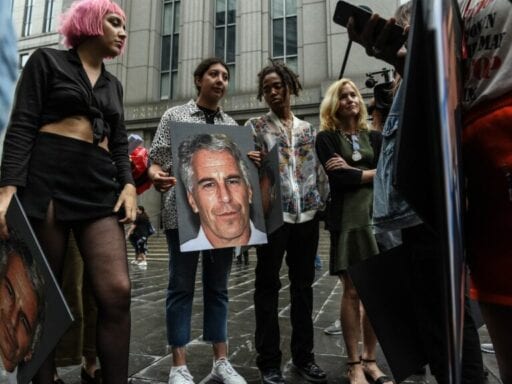 The sex offender’s case is a lesson in what happens when powerful people look the other way.

The money manager, who was found dead on Saturday in an apparent suicide, was in jail awaiting trial on sex trafficking charges. He was accused of sexually abusing dozens of underage girls, having them brought to his homes in New York and Florida for massages that sometimes turned into assault.

He was first indicted on sex crime charges in 2007, but a “non-prosecution agreement” enabled him to avoid prison time — and, some say, to offend again. But scrutiny into Epstein increased after Julie K. Brown of the Miami Herald reported on details of the agreement last year, and Epstein was arrested on new charges in July and held in a New York jail.

Epstein’s trial was keenly anticipated because it would be a chance at justice for his accusers, who had not been informed ahead of time of the non-prosecution agreement. Meanwhile, Epstein was known for his “collection” of famous friends, including Bill Clinton and Donald Trump, and many wondered what, if anything, an ongoing investigation into Epstein would reveal about them.

Now we’ll never know what would have come out at trial, about Epstein or anyone else. We may never know some details about Epstein’s life, like exactly how he made his money or how he managed to parlay his way from college dropout to teacher at a high-profile Manhattan high school to money manager to the rich and famous. We may not know the full extent of his crimes, or the full story behind the agreement that let him go nearly unpunished for so long.

We do know, however, that dozens of women say Epstein targeted them when they were young and vulnerable — often poor, generally in their teens or early twenties — abusing them and then getting them to recruit other girls for abuse.

“He ruined my life and a lot of girls’ lives,” Michelle Licata, who says Epstein abused her, told the Herald last year. “People need to know what he did and why he wasn’t prosecuted so it never happens again.”

Now that Epstein is dead, at least some of what he did — and what others did to protect him — may remain secret forever. The challenge for investigators, the media, and the American public, is to find out, and to remember, enough to prevent his story from repeating itself.

After a mysterious rise, Epstein was accused of abusing dozens of girls in a “sexual pyramid scheme”

Jeffrey Epstein was born in 1953 in Brooklyn, New York. He dropped out of New York University in the early 1970s, but managed to get a job teaching math and physics at Dalton, a prestigious private high school in Manhattan, in 1974.

He was soon fired for poor performance, according to the New York Times, but his star continued to rise. He worked at the investment bank Bear Stearns, and told people he was a tax expert who was skilled in “sophisticated investment strategies,” the Times reports.

In the 1980s, he met Leslie Wexner, the billionaire founder of L Brands, the parent company of Victoria’s Secret. The two became close, and Epstein gained an unusual amount of control over Wexner’s finances, the Times reports, even acquiring power of attorney to buy and sell properties and borrow money in Wexner’s name. In 1998, Epstein took over Wexner’s Manhattan townhouse for an undisclosed amount of money — one of the largest homes in Manhattan, it remained Epstein’s until his death.

Wexner, who later distanced himself from Epstein, remains the money manager’s only publicly known client. Nonetheless, Epstein was apparently able to amass enormous wealth and ingratiate himself with scientists and academics. He helped start a program at Harvard with a $6.5 million donation, and he hosted dinner parties with luminaries like cognitive psychologist Steven Pinker, according to the Times. He also socialized with former president Bill Clinton, who flew on his private plan, and Donald Trump, who attended Epstein-hosted parties, as Vox’s Andrew Prokop explains.

Over the years, Epstein was said to have made disturbing comments — several people told the Times that he wanted to use his New Mexico ranch as a base to impregnate women, thus spreading his DNA and improving the human race.

Nonetheless, Epstein continued to strengthen his connections to wealthy and famous people.

Some of the girls had lost parents or left home; some were very poor.

“Jeffrey preyed on girls who were in a bad way, girls who were basically homeless,” Courtney Wild, who met Epstein at just 14, told the Herald. “He went after girls who he thought no one would listen to and he was right.”

In 2007, Epstein was served with a 53-page federal indictment detailing allegations against him. But in 2008, he and his legal team, including attorney Alan Dershowitz, struck a deal with Alexander Acosta, then the US attorney in Miami, under which Epstein ended up serving just 13 months in a county jail. He was granted “work release” for much of that time, going to an office where, some say, he continued to commit abuse.

Brown and others have reported that Epstein’s team dug into the backgrounds of his accusers — and even lawyers for the prosecution — ultimately pressuring prosecutors to give into a deal. Epstein may also have offered the government information in exchange for a lighter sentence, possibly pertaining to Bear Stearns and the financial crisis — this is one aspect of his case that is still mysterious, and may remain so.

In the wake of his deal, Epstein seemed unrepentant. He was forced to register as a sex offender, but he likened his offense to “steal[ing] a bagel.” He apparently continued spending time with famous friends. Acosta, who had granted him the deal, became President Trump’s Secretary of Labor.

Finally, in 2018, Brown reported on the details of the deal, and the allegations against Epstein, in the Herald. This led to added scrutiny into Epstein, and he was eventually arrested on new sex trafficking charges at a New Jersey airport in July. A trove of nude photographs, apparently of underage girls, were found at his Manhattan mansion. Later that month, Acosta resigned as labor secretary.

Epstein’s team had asked that be allowed to return to his mansion for a kind of house arrest while he awaited trial, but a judge denied the request. In late July, he was found injured in his jail cell after a possible suicide attempt, and was reportedly placed on suicide watch.

On Friday, unsealed court documents revealed new details in the case, including allegations by a woman that she was forced by Epstein to have sex with Prince Andrew, the Duke of York. The Duke denied the allegation. Then, at 7:30 on Saturday morning, Epstein was found dead in his cell, having apparently hanged himself.

His death doesn’t mean his story is over

Epstein’s death raises a number of questions, not the least of which is why jail officials did not do more to prevent his suicide. Meanwhile, many are asking what happens next in Epstein’s case.

The money manager’s death means that his accusers will not get the opportunity to face him at trial. But that doesn’t mean the investigation is over.

As Courthouse News reporter Adam Klasfeld notes, a search of Epstein’s mansion could yield evidence against others involved in his crimes, who could face trials of their own.

Scrutiny has turned in recent weeks to Ghislaine Maxwell, a longtime friend who helped manage Epstein’s homes and is accused of abuse in the newly unsealed documents, though she has not been charged.

Meanwhile, Alan Dershowitz is facing a defamation lawsuit by Virginia Roberts Giuffre, who says she was trafficked to Dershowitz by Epstein. He says she is lying, and has called her a “prostitute” and a “bad mother.”

In the wake of Brown’s reporting in the Herald, speculation swirled about what investigation into Epstein’s life would reveal about his powerful friends and acquaintances. Some of those revelations never materialized; some, because of his death, never will.

But one thing is abundantly clear: Jeffrey Epstein was accused of abusing multiple underage girls. Though he evaded serious punishment, he was jailed and registered as a sex offender. He openly discussed using his ranch as a kind of baby farm.

Yet wealthy, powerful, and highly educated people continued attending parties with him and treating him like a friend. Along the way, some likely ignored evidence of abuse taking place.

Further investigation into Epstein may well lead to new information about how he was able to evade punishment and who was involved in helping him. But what we already know should be enough to serve as a cautionary tale about what a powerful, well-connected man can get away with, as long as the right people look the other way.

The historically low birthrate, explained in 3 charts
These are the popular ideas progressives can win with (and some unpopular ones to avoid)
Hey, older TV fans: networks just might start caring about you again!
Trump says murders are up in Democrat-run cities. They’re up in Republican-run cities, too.
The US retaliatory strikes on an Iran-backed militia in Iraq, briefly explained
Love it or hate it, season 3 of The Good Place is taking us somewhere new (again)