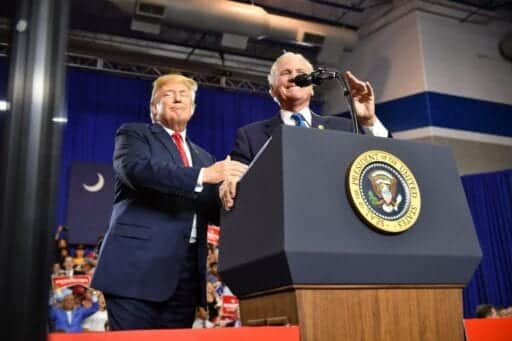 Trump hosts a rally for South Carolina Gov. Henry McMaster, urging voters to spare him the embarrassment of a defeat in a heavily Republican state.

Westworld unleashes a big battle and a bigger twist in a flawed but fascinating finale
Amazon workers are celebrating Prime Day with a protest
500 migrant kids have been reunited with their parents. Thousands are still caught in the system.
Trump just intensified his trade war with China
6 Atlanta officers have been charged in violent tasing incident
Trump’s China strategy is the most radical in decades — and it’s failing