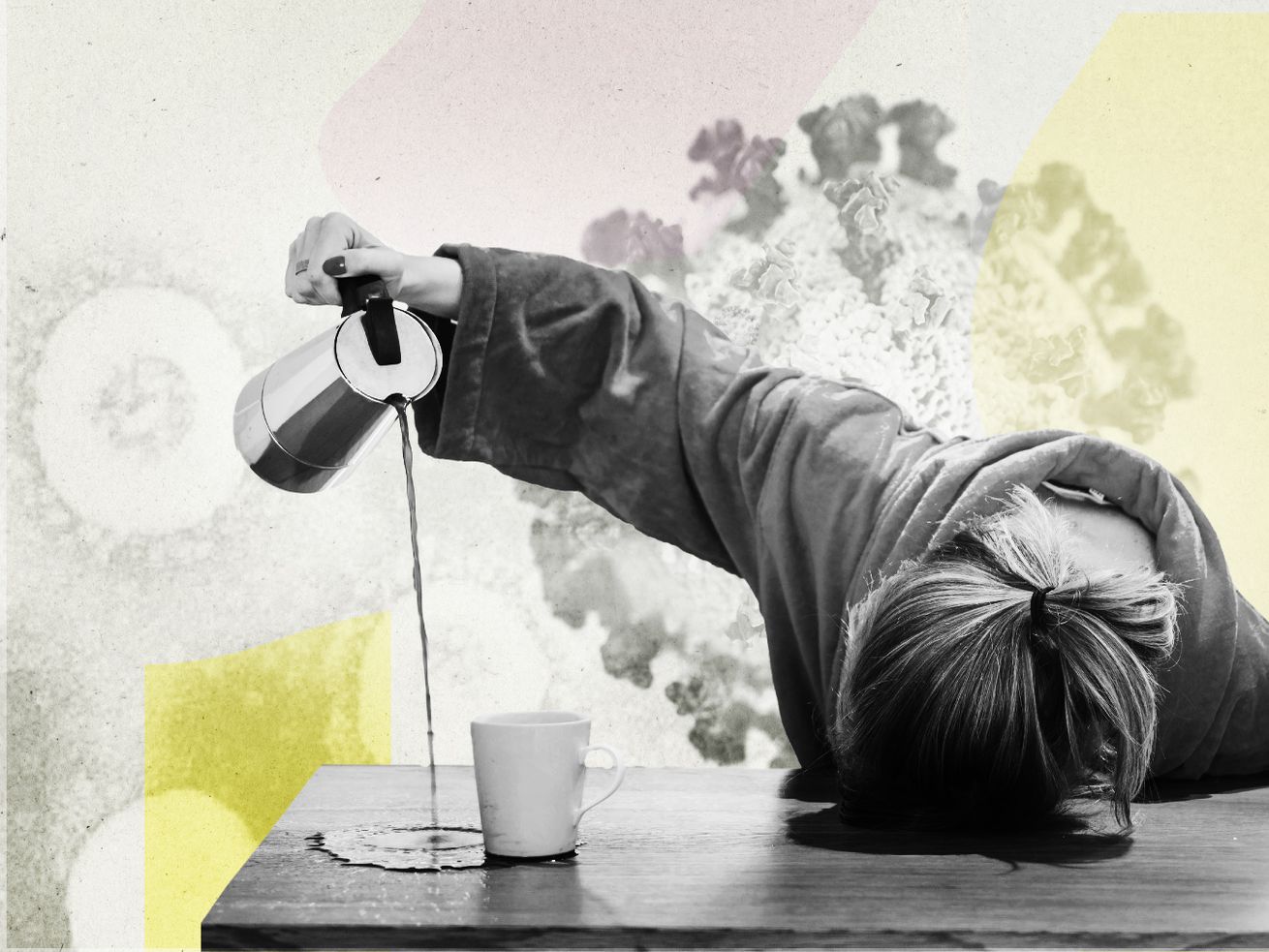 Hitting yet another pandemic wall? You’re not alone.

The word Ariane Thomas is hearing most frequently these days is “tired.”

Too tired to be motivated at work. Too tired to exercise. Too tired even to plan get-togethers with friends, a supposedly fun thing that’s now, yet again, fraught with uncertainty.

At this point in the pandemic, “folks are just really tired of how much thought we have to give to our basic daily sustenance,” Thomas, a clinical psychologist and lecturer at the University of Pennsylvania, told Vox. “It just feels like folks kind of want to curl up in a ball, take a nap, and wake up when this is all over.”

Today, with the delta variant fueling a nationwide surge in Covid-19 cases, ongoing fights over vaccines and masks, and yet another school year beginning with fear and uncertainty, you can see that same sentiment everywhere you look. Headlines talk about yet another phase of pandemic burnout and a new level of mental unease; the Washington Post recently explained “why this stage of the pandemic makes us so anxious.” “Yes,” the Atlantic proclaimed earlier this month, “the Pandemic Is Bad Again.”

For a lot of Americans, part of what we’re experiencing is the disorientation of a pandemic that seemed to be on the wane here in the US, then came roaring back with the arrival of delta. “Every time the epidemic curve goes up, especially when it’s variant-related, we just have a new injection of fear,” Lindsey Leininger, a public health scientist at Dartmouth’s Tuck School of Business who also co-writes the advice column Dear Pandemic, told Vox.

We’ve also never had a break from the trauma. Instead of having time to rest and recover from the loss, fear, and burnout, we’re just … still in it, almost a year and a half later. Indeed, what’s unusual and worrying about the pandemic from a trauma perspective is that “it’s been going on for so long,” Tamar Rodney, a professor and mental health nurse practitioner at Johns Hopkins School of Nursing, told Vox.

To function in this ongoing state of stress, Americans need support from policymakers, employers, and one another. And more than anything, we may all need a measure of acceptance — that we’re not “back to normal” yet, and we need to work with what we have. “Everything we’re doing right now is an adjustment,” Thomas said. “That’s okay.”

The pandemic is different this summer, but it’s not over

There was a time this spring when it seemed like the pandemic in the US might be, if not over, then at least on the way out. In April and May, vaccines became available (if not always accessible) to all American adults, and case numbers were plummeting. The Centers for Disease Control and Prevention said fully vaccinated people could take off their masks indoors, and concerts, readings, and other in-person events started to come back.

Buoyed by vaccines, people who had been careful for more than a year began gathering with their friends and neighbors again. They started dating. “People were very excited,” Kenny, a Brooklyn bartender, recalls of patrons when his local bar reopened. “They were very happy.” We were going to have a hot vax summer.

Then, of course, came the delta variant. Now, just a few months after many vaccinated people started leaving their masks at home, the CDC has said that, in many areas of the country, they should put them back on again. Cases are surging. With a new school year about to start, parents are worried about their kids — most of whom are still ineligible for vaccines — and about yet another year of disruptions that could compromise their ability to hold down a job.

Guests are starting to drop out of weddings and other events, Nathalie Cadet-James, founder of the Miami-based event planning company Luxe Fête, told Vox. As recently as two weeks ago, “the mood was very excited. We were gathering. We were together. We were hugging. We were dancing,” she said. But today, it’s starting to feel the same way it felt in early March 2020, when “some guests here and there were not sure, and then there were mandates citywide that really gave us no choice.”

really starting to feel like that first week in march 2020. https://t.co/KHzdGmrMmy

One of the writers at Dear Pandemic coined the term “pandoomerang” to describe the uneasy feeling of backsliding, Leininger said. “It feels like we are where we were a year ago.”

And that protection has allowed many vaccinated people to resume aspects of their normal lives, even in the presence of delta. While Kenny has seen fewer large group gatherings at the bar where he works since the variant became dominant, he still sees people coming in on first dates. You can spot them by their “overly polite kind of across-the-table body language,” he said. “I haven’t really seen that drop off that much.”

In all this, people haven’t gotten time to rest

But even if people are traveling, socializing, and dating more, it doesn’t mean we’re feeling good while doing it. “We’ve been stuck in this uncertainty anxiety loop now for a year and a half,” Leininger said. “Our brains are struggling.”

There’s the anxiety about delta — more than half of vaccinated Americans are extremely concerned about the variant, according to a recent Harris poll (though only 39 percent of unvaccinated people feel the same way). Add to that the extreme weather and disasters around the world, as well as the recent sobering United Nations report detailing just how little time we have to forestall some of the worst impacts of climate change. And then there’s the exhaustion.

“We’re accustomed to the grind of school and work and whatever else, but adding to it this sort of underlying concern and worry about your basic well-being and health — it’s a drain,” Thomas said.

For some, it feels like hitting yet another pandemic wall — a new level of burnout and fatigue, perhaps exacerbated by the fact that this time around, we’re supposed to act like everything’s normal.

Anyone else hitting a pandemic wall that makes you want to go back to Past You and tell her all those previous pandemic walls were nothing?

“I could spend a year doing pretty much nothing at all and still, with just a moderate amount of social life, find myself drained,” Anne Helen Petersen wrote in a widely shared installment of her newsletter, Culture Study. “I think the real problem is that life is still exhausting because the pandemic was and remains exhausting in so many invisible ways — and we still haven’t given ourselves space to even begin to recover.”

And while a one-time traumatic event at least has an end, after which people can try to process and heal, “we’re far from having that chance” with the pandemic still going on, Thomas said. “I don’t think we even accurately use our words to articulate exactly what we’re experiencing right now,” she added. “I don’t think that we can completely understand the layers of it.”

At some point, when “we return to or reestablish a different kind of normalcy,” Thomas said, we all will need to “take some time to reflect, and to think about and assess the ways that we’ve changed.”

But we’re not there yet. For now, the most important thing — and one of the most difficult — may be acknowledging the ways in which things still aren’t okay. “There is always this hesitance to accept that we are suffering,” Rodney said. But admitting that we remain in a difficult and confusing time can be the first step to coping: “Giving up this responsibility of knowing what to do or to fix things relieves us from some of the burden of things not going right.”

It’s important not to “pressure ourselves to run back to what we believe is normal,” Thomas said. “Rather than pushing back against the inevitability of some of these changes, I would encourage people to sit with them and to collaborate with each other through them to talk about what we’re experiencing.”

Accepting the pandemic as it is may mean changing our plans to allow for the possibility that normalcy, whatever that may look like, is a little further away than we thought. “My advice is to understand that things may shift,” Cadet-James said. “We need to plan being flexible and nimble. That’s not fun, but that’s what saves us the heartache when things do come around.”

That goes not just for individuals thinking about their own approach to the pandemic, but also for employers and policymakers trying to support Americans through what continues to be an incredibly taxing time. Employers need to go beyond just giving employees an extra day off, and consider benefits like on-site mental health professionals, Thomas said. Some workplaces are also experimenting with shorter workweeks or extended time off for the entire company. The dating app Bumble, for example, gave nearly all its employees a week off in June and is now planning to include two company-wide weeks in the next year on top of unlimited vacation days.

At a minimum, companies need to give working parents and other caregivers the flexibility they very much need, especially going into yet another year of pandemic school — whether that means time off, control over their schedules, or the ability to work from home. “Continued flexibility is the most important thing anyone can do,” Leininger said.

Meanwhile, we can all do something for one another: have a level of understanding and empathy for the ways that many of us are, nearly a year and a half into the pandemic, very much struggling. “We need to have grace with ourselves and the folks around us,” Thomas said, “because no one is doing this perfectly.”