ABC’s Emergence blends Lost with This Is Us and adds a dash of E.T. 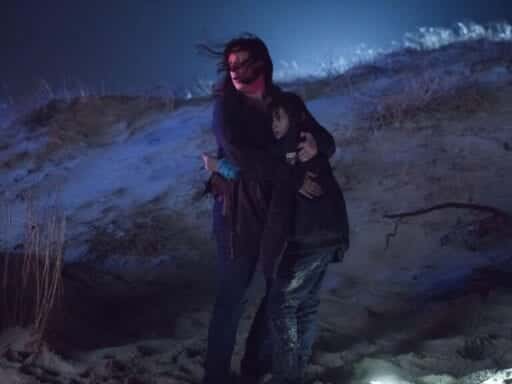 It’s better than that sounds.

In Watch This, Vox critic at large Emily VanDerWerff tells you what she’s watching on TV — and why you should watch it too. Read the archives here. This week: ABC’s new sci-fi family drama Emergence, which airs Tuesdays at 10 pm Eastern. Previous episodes are available on Hulu.

In the beginning, having the right cast is the single most important criterion for convincing viewers to tune in. Even if the writing on a show is clumsy, even if the visuals are bland, a show that is well-cast with a good blend of appealing actors will be able to overcome most speed bumps that pop up in its way.

In season two and beyond, other fundamentals become a lot more important. A good cast can only do so much if a show’s writing and direction isn’t up to snuff. But early on, a strong ensemble can buy writers and producers a little extra time to figure out what does and doesn’t work.

To witness this principle in action, check out ABC’s Emergence — a pretty good show that is elevated to “very good” status by its terrific cast. The show’s scripts and visuals are a cut above plenty of other entries in its approximate genre (Emergence is basically a Lost-style mystery series about a strange little girl and the small-town police chief who takes her in), and I’ve loved the way it has doled out answers to its biggest questions much more quickly than I ever would have expected it to.

But what has really kept me watching is the show’s terrific cast, and I think if you check the show out, you might be similarly drawn to their performances. Emergence is not yet a great show, but if the show can rise to the level of its cast (and if ABC gives it the time to do so, given its very low ratings), it just might get there.

You might write off Emergence based on its pilot. You shouldn’t.

The first episode of Emergence sets off warning signs all over the place, at least if you’re a fan of network sci-fi dramas. In its opening 10 minutes, small-town cop Jo (Fargo’s wonderful Allison Tolman) heads out to a local beach after a plane crashes there. She finds a young girl named Piper (Alexa Swinton) who doesn’t seem to have any idea who she is or where she comes from. From there, Piper only becomes more mysterious, until she cuts a strange glowing object out from under her skin in the hour’s closing moments.

If you’ve watched sci-fi TV at any point in the wake of Lost’s 2004-2010 run, you will surely understand the warning signs I’m talking about. You might recognize the signs even if you haven’t watched those shows. Too many would take this basic setup and stretch out their mysteries for ages. Jo and Piper would narrowly escape mysterious government agents pursuing Piper, time and time again, and the show would eventually reveal she was an alien or something in the season one finale, long after most of the audience had guessed her secret.

Emergence is the rare Lost clone to zig when everybody else would zag. Want to know who Piper is? That question is answered in episode three. Want to know where she comes from? That question is at least partially answered in episode four. And with each answer comes larger, knottier questions. Some of these questions are related to the show’s plot, but some are more thematic — questions about the nature of consciousness and what makes a family. So far, the show, overseen by veteran showrunners Michele Fazekas and Tara Butters, has consistently surprised me with its willingness to take big storytelling swings.

Another strength of Emergence is that it’s secretly a family drama. Donald Faison plays Jo’s ex-husband, Alex, and wounds from the pair’s recent separation are still fresh, especially when it comes to their daughter, Mia (Ashley Aufderheide). All three are already under a lot of strain when Piper shows up, and her arrival adds a new layer of complication. Plus the great gruff Clancy Brown turns up as Jo’s dad, Ed, the glue who’s keeping everything from falling apart.

The show’s premise is nothing wildly new — a family having to reorient itself to accommodate a mysterious new member is basically the plot of E.T. and a million other science fiction movies — but Emergence hits the more predictable beats as well as you could possibly hope.

And in Tolman, it has one of those should-be TV stars grounding its stories in real emotion and thoughtfulness. Tolman is incapable of playing a scene falsely, and whether she’s trying to comfort the little girl who wandered into her life or running away from a robotic dog, she brings an emotional reality to every single moment. Emergence isn’t going to change your life, but its low-key pleasures and its wonderful star might turn you into a big fan.

Emergence airs Tuesdays at 10 pm Eastern on ABC, with previous episodes available on Hulu. I wasn’t kidding when I said the ratings were low, so maybe catch up right now if you think it sounds interesting.