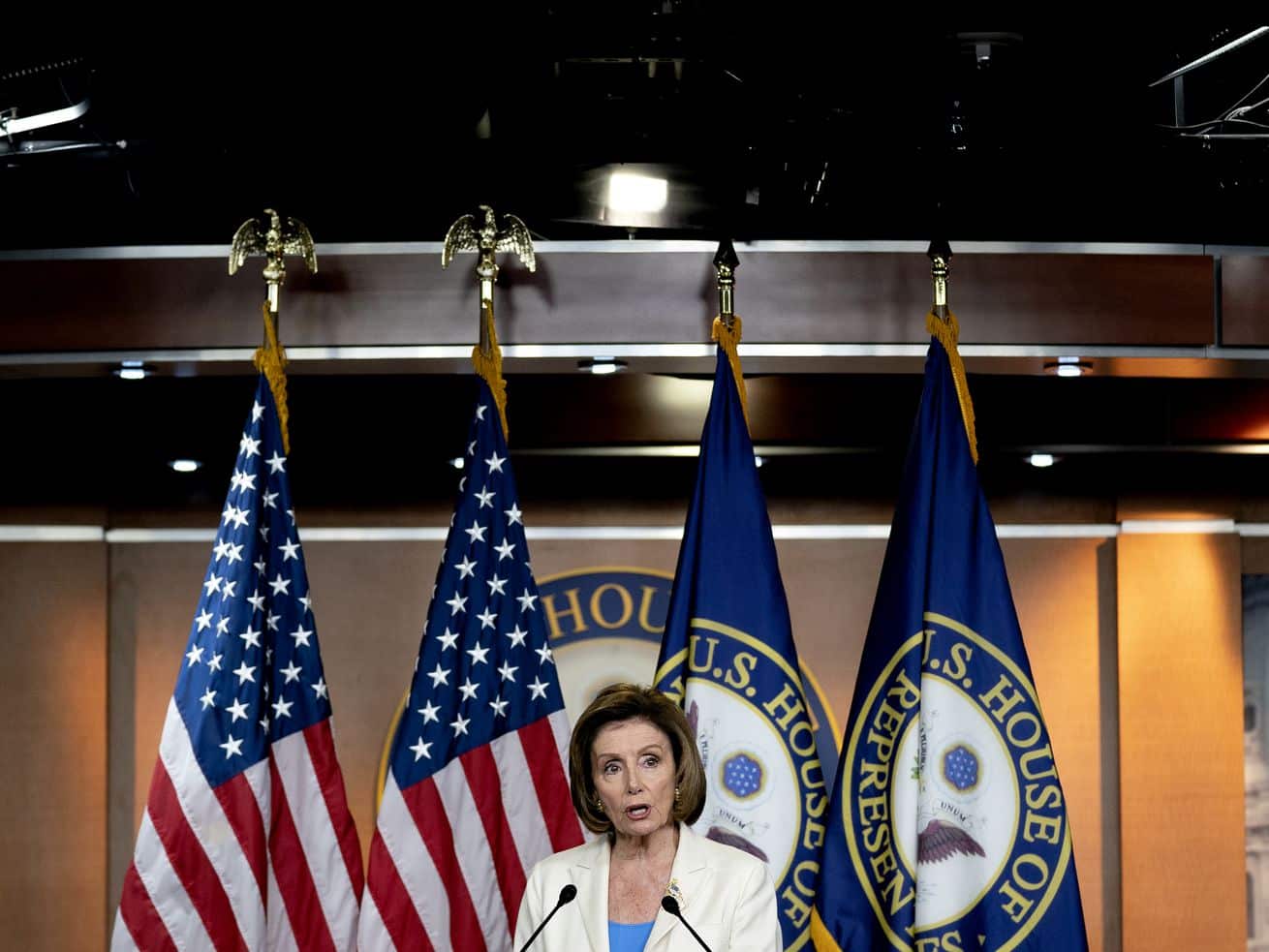 The speaker is trying to regain the upper hand from Senate moderates. Will it work?

President Joe Biden and a bipartisan group of 10 senators were all smiles Thursday when they announced they’d struck a deal on a framework for an infrastructure bill.

But since then, leaders and ideological factions in both parties have engaged in intense political gamesmanship, with everyone trying to get the upper hand to shape the legislative agenda to their liking — or to scuttle it altogether.

It’s weird to say a trillion-dollar infrastructure deal is basically a sideshow, but in political terms, this one more or less is. Key players have been much more focused on what such a deal means for a separate, much larger spending bill that Democrats are trying to put together and pass through the budget reconciliation process. (Budget reconciliation bills can pass the Senate with a simple majority, unlike ordinary bills, which require 60 votes to overcome a filibuster.)

Democrats had grand ambitions for that next big reconciliation bill. This is where progressives hoped to go for broke, spending several trillion more on health care, climate change, and other issues. And, importantly, if the bipartisan infrastructure deal does fall apart, Democrats could incorporate their preferred parts of that deal in reconciliation as a fallback.

So, to the extent the fate of the bipartisan deal matters, it’s in how it will impact the decision-making of pivotal Senate moderates like Sens. Joe Manchin (D-WV) and Kyrsten Sinema (D-AZ) on reconciliation. They are, after all, the reason the infrastructure talks with Republicans happened in the first place: They insisted on a bipartisan effort. Their votes would also be necessary to pass any reconciliation bill.

And when the bipartisan deal was announced, progressives were stricken with fear that their moderate colleagues couldn’t be relied on.

The main reason progressives reacted so negatively to the infrastructure deal is that they had dreamed of doing so much more, and worried they wouldn’t be able to. Sen. Richard Blumenthal (D-CT), for instance, called it “way too small,” “paltry,” and “pathetic.”

They fear that, with a bipartisan deal in hand on a major topic that demonstrates Congress can work, Manchin and other moderates may well be inclined to call it a day. They might not choose to pass a reconciliation bill at all, or could severely scale one back.

Moderate Republicans involved in the deal indeed hope this will happen — or at least that Manchin’s ilk will be less likely to support filibuster reform if they get something done. But their conservative colleagues fear they’re being played. They are cynical about Manchin and company, believing they’ll happily pocket whatever concessions Republicans offer on infrastructure, bask in the good bipartisan vibes, and then proceed to reconciliation, where they’ll do whatever Democratic leaders want.

Democratic leaders are indeed trying their best to make sure that happens. In the House, Speaker Nancy Pelosi said she would link the two bills together, to prevent the party’s left from losing heart. “There ain’t going to be an infrastructure bill unless we have the reconciliation bill passed by the United States Senate,” Pelosi said Thursday.

This is an attempt to put the moderate Democrats in a box. It’s a promise from Pelosi to hold their cherished bipartisan deal hostage unless they fall in line with Biden’s reconciliation plan. It’s not clear whether this was necessary, since Manchin had already started speaking positively about the reconciliation effort. It also may be a bluff — if the reconciliation effort does fall apart, would Pelosi and House Democrats really choose doing nothing over settling for whatever got through the Senate? But Democrats hope the moderates will simply fall in line, so they don’t have to find out.

Unexpectedly, President Biden made a similar threat moments after the happy announcement of the bipartisan deal last week. “If this is the only thing that comes to me, I’m not signing it,” he declared. The fact that Biden hoped to pass a reconciliation bill was not new; the pledge to make the bipartisan bill contingent on the reconciliation bill was. But as Republicans reacted with outrage and there was chatter that the deal could be in jeopardy, Biden seems to have realized this was a mistake and walked it back.

After that, some Republicans have taken the opportunity to try and push things further. McConnell said in a Monday statement that Biden had appropriately “de-linked” the two bills, and that Pelosi and Senate Majority Leader Chuck Schumer should follow his lead. Sen. Jerry Moran (R-KS) went further, suggesting he wanted Manchin and Sinema to pledge to oppose any reconciliation bill.

So it remains unclear whether the bipartisan deal will result in a bill passing the Senate. The agreement was on a framework, and it still needs to be turned into an actual bill. Even more importantly, there were only five Republican senators at the White House celebrating the deal — and 10 would be needed to overcome a filibuster.

But, again, if Republicans ditch the deal, the substantive stakes are low; Democrats have reconciliation as a fallback. Sen. Tim Kaine (D-VA) even suggested Republicans’ “good ideas” would be included in the reconciliation bill as well if the bipartisan deal collapses.

The real drama is yet to come: just what else Senate Democrats’ reconciliation bill will include. Sen. Bernie Sanders (I-VT) has floated an up to $6 trillion package that would allow 60- to 64-year-olds to enroll in Medicare. Manchin said Sunday that he could go as high as $2 trillion and wants it all to be paid for.

Somehow, they will have to agree on the same bill — or Democrats will get nothing through reconciliation at all.