From Austin to Indianapolis: The US climate strike in photos 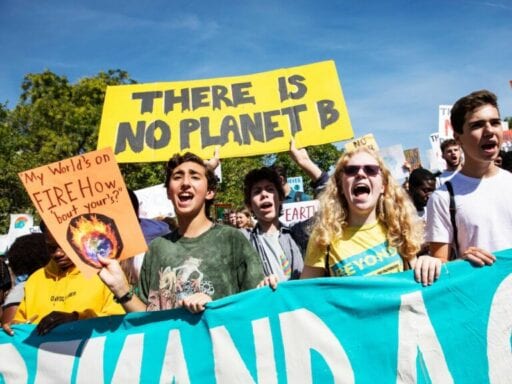 Americans skipped school and work to send a message.

Millions of people across the world — from Pakistan to Iceland — went on strike Friday in the largest-ever global demonstration to fight climate change. Around noon, Americans began to walk out of work and school, too.

“Strike today, save tomorrow,” read one banner in the Washington, DC, march. “College debt means nothing when the world is burning,” read a sign in Indianapolis.

Inspired by Swedish climate activist Greta Thunberg, young people in over 150 countries organized the strikes in an effort to push world leaders to move away from fossil fuels.

More than 2,000 Amazon and Google employees walked out of work Friday in solidarity with the movement. Amazon workers, in particular, have been pressuring the company to do more to reduce its carbon footprint.

Here is what the protests looked like here in the US:

Super Tuesday, explained
Netanyahu has failed to form a government, sending Israelis back to the voting booth
Two arrests have been made in death of Northern Ireland journalist Lyra McKee
Vox Sentences: Climate talks left in the cold
Corruption, fake news, and WhatsApp: how Bolsonaro won Brazil
The Impact in 2020