Here’s who might replace Nikki Haley as UN ambassador 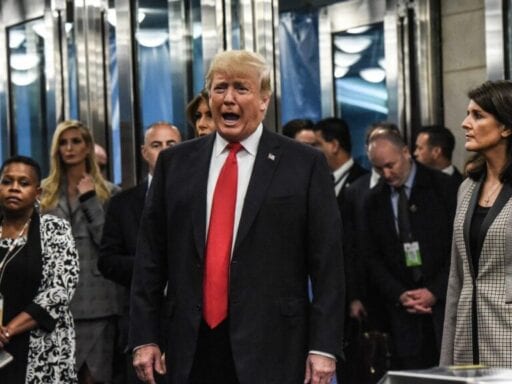 A few candidates have jumped to the top of the list for the high-profile ambassadorship.

Nikki Haley’s resignation from her post as US ambassador to the United Nations didn’t follow the past Trump administration playbook — there were no early rumors that someone was about to get ousted, or even a surprise tweet from President Trump announcing a firing.

Instead, Haley managed to keep quiet her plans to leave by the end of the year, reportedly surprising her close counterparts Secretary of State Mike Pompeo and National Security Adviser John Bolton with her decision.

The UN ambassador remains a high-profile ambassadorship, even in an administration that doesn’t love the United Nations. Haley managed the fairly impressive feat of raising her political profile and emerging mostly unscathed by the chaos of the Trump administration.

Whether her predecessors can do the same is an open question — as is the question of who will take over for Haley at the end of the year. Trump told reporters earlier Tuesday that he’d probably make an announcement in the next two or three weeks, or “maybe sooner.” In the meantime, a few candidates have already risen to the top of the list. So let the speculation begin.

Richard Grenell, US ambassador to Germany

Richard Grenell was confirmed as the US ambassador to Germany in April, but he has a long history in GOP foreign policy circles — and with the United Nations. He was the longest-serving US official at the UN, working as a spokesperson during the George W. Bush administration. He also worked as presidential candidate Mitt Romney’s foreign policy spokesperson in 2012.

As Vox’s Zack Beauchamp has written, “as you might expect from someone with this background, he holds fairly conventional conservative views on foreign policy.”

Grenell was floated as a potential US ambassador to NATO earlier in the year but instead got the ambassadorship in Germany. His confirmation made him one of the highest-ranking openly gay officials in any Republican presidential administration.

He tweeted in May that German businesses should “wind down” doing business with Iran, and in June, he told the right-wing outlet Breitbart that he wanted to “empower” other conservative European leaders. It was seen as a direct affront to German Chancellor Angela Merkel, who’s holding the line against a far-right resurgence in Europe and within Germany, and as a violation of the norm of ambassadors staying clear of other countries’ domestic politics.

That fiasco probably didn’t register all that intensely with Trump, and Grenell did appear to win the president’s favor through his work with his German counterparts to successfully deport a 95-year-old Nazi guard living in New York to Germany. He’s seen as a Trump loyalist, and sources told the Washington Examiner that he’s a Trump “family favorite” for the UN post.

Powell had a big role in Trump’s policy toward the Middle East, but she departed at the end of Trump’s first year in office. Yet it seemed she was a rare official to leave on good terms, and the New York Times’s Maggie Haberman noted on Twitter that Trump had asked his aides about rehiring Powell for another position after she left.

Powell, a Goldman Sachs executive before joining and after leaving the Trump administration, has deep foreign policy experience. She served in the George W. Bush administration and State Department as secretary of state for educational and cultural affairs and as deputy undersecretary of state for public diplomacy and public affairs, according to the Washington Post.

Trump seemed open to the idea of a Powell appointment, telling reporters on Tuesday, “Dina is certainly a person I would consider, and she is under consideration.”

Ivanka Trump, first daughter and adviser to the president

Ivanka Trump is the president’s daughter, and she’s currently serving as … you know what, we’re not even doing this. That time Ivanka briefly took her dad’s seat at the G20 summit was enough nepotism controversy for one administration.

Even the president kind of knows it. He told reporters on Tuesday that people know Ivanka would be “dynamite.” “But,” he added, if he did nominate her, “then I’d be accused of nepotism, if you can believe it.” (We believe it.)

Ivanka addressed the rumors on Twitter shortly after her father’s comments. She said that “the president” will pick a “formidable replacement,” but “that replacement will not be me.”

It is an honor to serve in the White House alongside so many great colleagues and I know that the President will nominate a formidable replacement for Ambassador Haley. That replacement will not be me.

This post will be updated as more names surface, or when Trump ends up just picking Ivanka anyway.