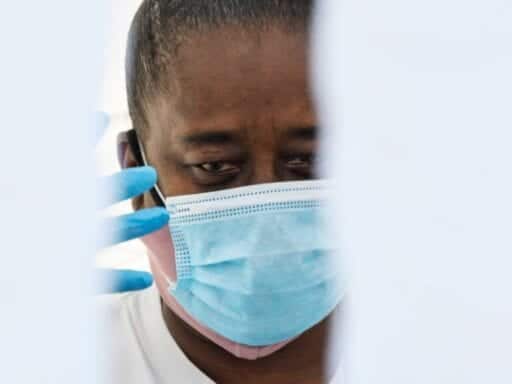 Throughout US history, Black people have endured a medical system that has been simultaneously exploitative and dismissive.

The protests that have ignited across the country have been fueled by a powder keg built not just on human rights abuses like police brutality, but also on the disproportionate and dire economic and health impacts of Covid-19.

While the novel coronavirus has negatively impacted the entire nation, Black, Brown, and Indigenous communities are being devastated. Recent data shows that the Covid-19 mortality rate for Black Americans is about 2.4 times higher than for whites. Black people have also been less likely to be referred for Covid-19 testing and medical care.

The discussion around these stark realities — in the media, as well as from government experts such as the National Institute of Health’s Dr. Anthony Fauci and Surgeon General Jerome Adams — has primarily fallen into two categories: the role of individual behavior of Black people (a line of reasoning that is highly problematic), and the role of systemic racism in the labor and housing markets.

Surprisingly, what hasn’t been talked about much is the role of systemic and institutional racism within medical institutions. Throughout American history, Black people have endured a medical system that has been simultaneously exploitative and dismissive. And the damaging implicit and explicit biases present in our medical system do not suddenly vanish because we are in the middle of a pandemic. In fact, the pandemic has made them impossible to ignore.

We are already seeing preliminary evidence of these biases playing out with treatment and care for Black people in response to the Covid-19 pandemic in three key ways:

Although this study has not yet been peer-reviewed, it reflects the anecdotal evidence from Black patients and their families who report being refused tests multiple times or being given little to no treatment. Considering the history of medical professionals dismissing the health complaints of women, Black women may be uniquely impacted by this minimization.

In parts of the country, white communities are more likely to have testing sites than predominantly minority communities. For example, according to NPR, Nashville, Tennessee, was unable to get testing equipment and personal protective equipment like masks and gloves to testing centers in neighborhoods of color. And Black neighborhoods in Chicago have experienced lower testing rates than white neighborhoods.

The Centers for Disease Control and Prevention, as well as many state and local governments, failed to collect and report race and ethnicity information about Covid-19 cases at the beginning of this pandemic. And a significant number of them, like Nebraska and North Dakota, still fail to do so.

According to FiveThirtyEight, 18 states and US territories are not reporting this data, and of those that are reporting this information, “almost every state is missing varying amounts of race and ethnicity data.”

The CDC’s website only provides racial data for approximately half the people diagnosed with Covid-19. (Additionally, the CDC has removed language from its site that prioritizes Covid-19 testing for groups that have been at higher risk for Covid-related death, like Black, Brown, and Indigenous communities.)

Considering the long history between race and disproportionate health impacts and medical treatment in the country, getting these statistics is crucial for protecting marginalized communities. It was, after all, the few places reporting these racial statistics that helped sound the alarm that Black communities were being so severely impacted.

On a local level, this information can assist public health officials in ensuring that communities that are being disproportionately impacted can get the resources they need.

Unfortunately, this is not surprising when looking at the history of how the United States has regarded Black people’s health. The Tuskegee syphilis experiments come to mind, in which Black men were knowingly allowed to suffer from the disease despite the existence of an available treatment.

In the experiment, which ran for almost half of the 20th century, the US Public Health Service and the Tuskegee Institute told Black men in the study they were being treated for “bad blood.” In fact, the men were primarily being observed while they suffered from the disease and unknowingly spread it to their family and members of their community — even after penicillin was found to be a cure.

And that study is only the tip of the iceberg.

The American medical system has a long history of using Black people as experimental subjects while also keeping them from receiving adequate medical care. During the 19th century, J. Marion Sims, who is considered the father of modern gynecology, conducted experimental surgeries on enslaved Black women without anesthesia.

Harriet A. Washington details in her book Medical Apartheid the many US medical schools that conducted experiments on enslaved Black people they purchased who were no longer fit for physical labor. Furthermore, many of these institutions purchased stolen bodies of deceased enslaved people and, after emancipation, those of free Black people, to use as medical cadavers.

Throughout American history, Black people have endured a medical system that has been simultaneously exploitative and dismissive

The larger American public views this abuse as a thing of the distant past. However, sadly, that is not the case. For example, in the 1990s, the Kennedy Krieger lead abatement repair and maintenance study intentionally exposed Black youths to lead in their homes to study the effects of partial lead abatement.

In the same decade, the fenfluramine study was attempting to explore potential links between genetics and aggression in a disproportionate number of Black and Latino boys. Those conducting the study told caregivers that they were investigating the emotional and physical welfare of families with children in the court system while actually subjecting these children to a drug that was later discovered to have negative cardiac impacts. (Also, let’s not overlook the racist assumption that aggression may be genetic in Black and Latino people.)

All of these — and, sadly, many more — are examples of the many ways in which our medical system has gained knowledge about health and the human body from the suffering of Black people.

What is more, Black people also do not tend to reap the benefits of this knowledge to the same degree as whites.

Research shows that medical students and residents still inaccurately believe that Black people have “thicker skin” and experience less pain than whites. A 2018 study found that Black people are more likely to be involved in studies that have been exempted from requiring informed consent (which would fully describe the potential risks of the research to participants). Black communities are more likely to lack emergency medical care and maternity wards. And Black women are more likely to not receive adequate prenatal care from health care providers, which may play a role in the higher maternal mortality rate for Black mothers.

Health is about more than having medicines that treat us when are sick. It is about being able to have the expectation of a healthy life. Recent events have shown yet again this is an expectation often denied to black and brown communities in the US.

This systemic racism is so pervasive that researchers even found an algorithm used throughout many US hospitals that is “less likely to refer Black people than White people who were equally sick to programmes that aim to improve care for patients with complex medical needs.”

These examples are problems within themselves: Black people are not receiving equal and adequate care. However, this can snowball into even larger problems that compound health care inequalities.

Perceived discrimination correlates to less adherence to medical guidance. Additionally, these experiences — along with this known history of systemic maltreatment and abuse — has resulted in an understandable level of skepticism and fear from many Black people when it comes to medical institutions.

This can translate into a reluctance for Black people to engage with these institutions in times of need or to give up in frustration. For instance, Black people have been shown to be more distrustful of doctors than whites and are less likely overall to participate in medical studies. This, of course, then further results in poorer health outcomes and less empirical information on health issues and medication effects in Black people.

As much of the country looks forward to the arrival of a vaccine for the novel coronavirus, even that may not be of an equal benefit to Black people. Considering that Black communities have lower rates of influenza immunizations, which may be related to a distrust of the health care system, there is cause for concern that Black people may be more likely to exhibit Covid-19 vaccine hesitancy or resistance.

There are many brave first responders and health care workers who are currently risking their lives to ensure our country’s safety during this health crisis. Many have lost their lives to save the lives of others, and many more are continuing to risk their lives every day.

This is not an admonishment of them — it is a plea to ask them, their institutions, and our government to address these biases clearly, to help ensure that more lives are saved. These problems have solutions. Black, Brown, and Indigenous lives are not more expendable than any other racial group.

Marya T. Mtshali, PhD, is a lecturer in studies on women, gender, and sexuality at Harvard University. Her areas of specialty include intersectionality and inequality.

Marvel delays the upcoming Black Widow solo film
Watch the first-ever video of pigs using tools with no human prompting
The January Democratic debate, like the slate of Oscar nominees, will be very, very white
Mel Gibson has set the blueprint for a #MeToo comeback. Expect other men to follow it.
The government is reopened (for now). But the recovery process may take awhile
The drive to pass the Equal Rights Amendment, explained

The US was already setting Covid-19 records. Experts say Thanksgiving could have made things worse.