Life Itself is a disaster of a movie, caught in a web of its own privilege 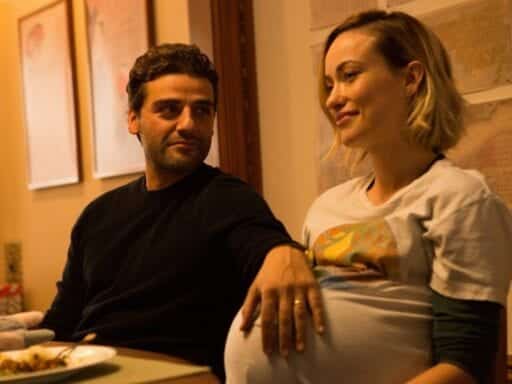 It only underlines the blind spots of its writer-director, This Is Us creator Dan Fogelman.

For a long portion of my life, I got hung up on the unlikelihood of my existence.

This is not uncommon. We’ve all, at one point or another, idly wondered what might have happened if our parents never met, or something similar. But this sort of wondering goes doubly for adopted people, like me, whose existences are so often driven by one-time, chance encounters that resulted in completely unplanned pregnancies.

But all of our existences are unlikely, the chance meeting of the exact two right cells to create us. And because the thought of that randomness is more than a little terrifying, it’s natural that we ascribe deep meaning to the thought that everything went just so, that we get to exist, even as all of the other us-es that might have been live as shadows haunting our occasional speculations.

The thing I never quite realized about all of my questioning the circumstances of my existence was that it was easier for me to speculate on the unlikelihood of my life, because I, ultimately, had a pretty great, pretty comfortable life. It took a long time, and many years, for me to realize that situating myself at the center of this story made sense if the story was about me, but it erased the stories of so many others. Like my biological mother — what was her life like in the months after she gave me up? Or my parents — what were their lives like waiting for a child?

I am not sure Dan Fogelman, creator of TV’s This Is Us and writer/director of the disastrous new movie Life Itself, has yet made that leap, judging from his reaction to criticism of the new film. For as much as he wants to tell big, epic stories of the unlikelihood of life, he can never escape the comfortable confines of the life of a big-name Hollywood writer, where trauma and pain are things you visit upon characters, not things real people, in our world, have to live with.

Life Itself has a mediocre movie hidden in it somewhere. You have to wade through a lot of bad movie to get there.

Fogelman has built his name as a writer on the sorts of structural tricks and twists that tend to define genre storytellers. But though Fogelman has dabbled in sci-fi and fantasy, it was only for his (genuinely very funny) ABC sitcoms The Neighbors and Galavant. When he unleashes something from his bag of tricks, it tends to be in service of the kinds of intimate, relationship-driven tales of families and lovers that form the backbone of realistic fiction.

When this works, it really works. The vast majority of Fogelman’s twists — especially in This Is Us — exist mostly to keep the audience guessing, but they do a surprisingly good job of replicating the ways that we trick our brains into not thinking about traumatic events.

This Is Us took way too long (a season and a half!) to reveal how its central death happened, but in so doing, it ended up telling a much better story about emotional repression, about trying to stop thinking about the things that hurt so much that you turn your life into a void of feeling and how that can ruin a person, or even a family.

So when Fogelman handles this sort of plot well, it’s manipulative, yes, but it’s also cathartic. We live alongside the characters’ emotional repression, so we, too, get to feel the ways it starts to leak and then burst out of them, in the way that we might also deal with our own grief.

But where constructing a story like this on television allows for ample space to play out the ebb and flow of those emotions, doing so on film is really, really tough.

That’s where Life Itself flops. Fogelman has taken what amounts to a season’s worth of This Is Us twists and reveals (maybe more) and squeezed them into a 109-minute movie. The movie’s truly grating opening 10 minutes involve Samuel L. Jackson reading the stage directions from a screenplay (including instructing the camera to “push in” on certain characters), before completely changing the movie’s protagonist not once but twice, hitting one character with a bus, and breaking the fourth wall over and over. “Get ready for the unexpected!” the movie promises, and it then proceeds to deliver the “unexpected” so ruthlessly that you’ll guess every twist before it happens.

This is all in service to Fogelman’s single most driving thematic concern — the idea that any individual life is a collection of so many small, unlikely events that led not just to one’s own existence but the existence of all of the others that we might value. Thus, Life Itself takes the form of five “chapters” (technically six if we count the Samuel L. Jackson interlude as its own prologue) that detail the lives of several different characters who are important to the movie’s overall puzzle.

And yet the “book” (yes, there is an actual book) that gives the movie its structure wouldn’t be withholding anything from its audience, because its author (who serves as the film’s post-Jackson narrator) would be known to any given readers.

Thus, the twists in Life Itself don’t serve any real purpose other than to keep the audience guessing, dazzled by the random coincidences that make up a life. And it’s here where the movie gets a little mean, because doing this requires glossing over a whole bunch of unpleasantness that Fogelman’s vision simply doesn’t have space for, other than as something to overcome.

One character, for instance, sees both of her parents die at the age of 7, then has to sit in the back seat of the car behind their lifeless bodies — her father missing his head — for an hour while waiting for rescue. She is promptly placed with an uncle who molests her until the age of 15, when she shoots him in the knee and he backs off.

This is presented not as horror but as adversity, as something to overcome. And I’m not saying that people can’t learn to live with trauma, but Life Itself doesn’t have room to explore how that might happen. Its answer to the question of “how do you live with horrible things” is, “Eh, I guess she got some therapy?”

Reducing trauma into something to be overcome is, ultimately, an extremely privileged point of view, the kind of idea that drives too many “sad white person movies” (of which Life Itself mostly is one). It reduces the genuine struggle of anyone coping with psychological burdens and all-consuming grief or depression into something that can be turned into a three-act structure — or, worse, an aside in a movie that has no time for it.

And, like, Fogelman can create emotionally affecting narratives with psychological weight! This Is Us has examined the story of a black child adopted by a white family with real sensitivity for both sides of that equation, and its best episodes have dug into how everybody can have the best of intentions in a situation like that and still come up wanting.

But even at his best, Fogelman’s work is a little like listening to James Taylor’s “Fire and Rain” while shopping for candles in a Pier One: It never stops to question its economic comfort, its upper-class value system, or its essential whiteness. There can be a spiritual balm to that sort of storytelling, especially when it digs into the inability of some white communities in America to really deal with grief or other emotions.

If Life Itself is like shopping for those candles at Pier One, though, then the Barnes & Noble next door is also on fire. There are whole swaths of this movie that exist solely to punish the characters, and even though sections of it are set in 2037, in 1985, and in 2079, the whole thing looks like it takes place in 2013. (There’s not even an attempt to suggest what the future might be like, other than a nod to the idea that New York City bookstore the Strand is somehow not underwater and still selling print books in 2079, which — good for it.)

The movie’s women are all clever, rather than intelligent — and it’s not clear Fogelman understands the difference between the two — and the men don’t fare much better. This is a script larded down with ideas that never stops to consider if you would really marry the man who inadvertently caused your mother to be hit by a bus as a 4-year-old.

There are a few small moments that work in isolation (mostly involving the story of Antonio Banderas as a kindly Spanish olive tycoon — seriously), but the movie as a whole buries itself so deeply in its first half-hour that it can never dig its way out.

But the worst thing about Life Itself is how it can’t realize that it’s limited by its own point-of-view. It harps on the idea of unreliable narrators in literature, without seeming to understand either how the device is used or how it works or how literary critics have approached that idea throughout time.

But it also suggests that all stories de facto have unreliable narrators, because of the limited perspective of those who are telling them. I’d say this is Fogelman’s apology for the movie, embedded in its text, but if he was that self-aware, Life Itself probably wouldn’t exist.

Life Itself is playing in theaters everywhere. Sadly, the second half is just kinda dull, which keeps it from true bad movie magic.

My PTSD can be a weight. But in this pandemic, it feels like a superpower.
Bernie Sanders promised to bring in younger voters. It’s not happening so far.
“Good taste” is all about class anxiety
“Who did you vote for”: Trump’s welcome-home question for the US pastor released by Turkey
Yes, we sometimes work against our short-term interests for long-term goals
The “boogaloo” “movement,” explained