Millennials were just starting to feel economically stable. Now we’re being hit with another recession. 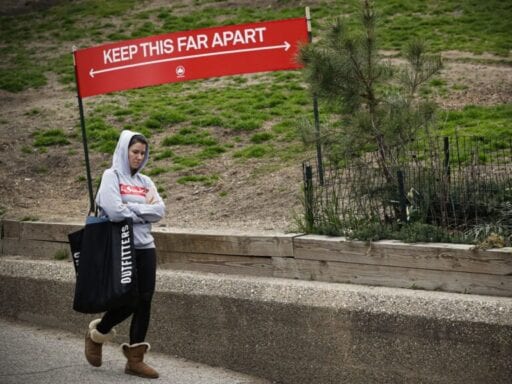 “It makes you just want to lay down and just stay there.”

Muriel Vega graduated college in 2009 with a journalism degree and a job that barely paid the bills. The stress of attempting to support herself while trying to pay down credit card debt was “beyond words,” she explained.

Today, Vega has a savings account and a job in the tech industry that she feels is safe — at least for now. But she’s jaded. She knows that as the recession caused by the coronavirus pandemic worsens, no one will bail her out but herself, which makes her feel guilty if she turns down extra freelance work. “As we’re trying to hack the system and figure it out, we just got hit again,” Vegas said. “It makes you just want to lay down and just stay there.”

Vega’s exasperation carries through a generation that feels they’ve seen this once before, at least. As I scroll through headlines of dire economic warnings between frantically checking my bank account and trying to plan for the unplannable, I can’t stop thinking about how my generation is facing the second major financial crisis of our lifetimes.

Last month, a record-breaking 6.6 million Americans filed for unemployment, and the numbers will likely get worse. According to rough estimates from the Federal Reserve Bank of St. Louis, job losses could hit 47 million — an unemployment rate of 32.1 percent — during the pandemic. While service industries, including hospitality and restaurants, are projected to take the biggest hit, white-collar jobs in tech, legal services, and marketing are getting hit with layoffs and furloughs, too.

Meanwhile, gig workers, independent contractors, and freelancers are experiencing income loss without the support of severance or benefits. (A 2018 report showed that nearly half of millennials freelance; a separate survey conducted in May 2019 found that almost half of millennials pursue side hustles in the gig economy to earn extra income.) Sixty-two percent of millennials reported living paycheck to paycheck last year, and even those who feel they have a “safe” job are wondering if it’s just a matter of time before they don’t.

As someone on the tail end of the millennial generation, I was lucky enough to still be in school when the 2008 recession hit. Yet financial anxiety has been an omnipresent part of how I see the world. It feels as though the one-time hallmarks of adulthood — buying a house, having kids, stability, even thinking about these things — are no longer milestones, but irresponsible dreams. Meanwhile, millennials older than me, many of whom are in their 30s and began their job searches in the thick of the 2008 recession, are even more financially fragile.

Research shows that those who start their working lives during a recession might get trapped in a “downward-shifted economic trajectory,” and the current downturn stands to derail millennials during a phase of life considered crucial for earning potential and major life choices, like having kids, saving for retirement, or potentially becoming caretakers for their own parents.

“To weather two economic crises — one near the beginning of your career and another midway through it — is a major blow,” Taylor Jo Isenberg, executive director of the Economic Security Project, told me.

Sixty-six percent of millennials have nothing saved for retirement (“what retirement?” you might be wondering); homeownership is 8 percentage points lower than it was for previous generations at the same age. For millennials in marginalized groups, it’s even worse, with starker inequities and lower wages. For example, only 16.2 percent of Hispanic workers and 19.7 percent of black Americans are able to work from home during this pandemic, according to a blog post by the Economic Policy Institute. As Annie Lowrey wrote for the Atlantic in 2019, “Millennial suffering won’t just hurt millennials” — it’s a drag on the economy as a whole.

These economic woes are as much structural as they are generationally specific. “Millennials aren’t just struggling with student loan debt,” said Signe-Mary McKernan, vice president of labor, human services, and population at the Urban Institute. “They’re also struggling with medical debt.”

The Urban Institute’s research shows that lower rates of insurance coverage and wealth accumulation make it a struggle for younger generations to pay off medical bills. Though the expectation in the US is for every generation to do better than the one before it, that isn’t necessarily the case for today’s young people, McKernan said. It’s not just about wealth in the academic sense, but about “building lives [and] security,” she said, and existing without a safety net during times we need it most.

The generation after millennials, it seems, won’t be much better off. College-aged Gen Z kids are graduating into a pandemic with financial side effects nearly impossible to fathom. A recent poll found that Gen Z-ers — people currently between the ages of 8 and 23, according to the Pew Research Center — are three times more likely to report losing their jobs or being put on leave as a result of the coronavirus, and many are watching their planned post-grad jobs or paid internships disappear before they’ve even gotten their diploma.

A 2018 survey from the American Psychological Association found that 81 percent of Gen Z said money was a major stressor, and it’s not hard to see why they’d be disenchanted with the myth that hard work and responsibility is enough. They grew up as witnesses to what their parents or siblings or older friends experienced: that nothing you ever do could possibly be enough to safeguard you, let alone get you ahead.

“Even the responsible things were pipe dreams,” someone in their early 30s recently told me during an interview. This person had done everything textbook-right, including picking a major (engineering) that’s supposed to provide a good return on investment, selecting the school that offered the most financial aid and scholarships, and working part-time while attending classes. But even making smart decisions and picking a practical field did not matter.

If we didn’t out-responsibility the last recession, it feels extraordinarily unlikely that we can have enough savings to combat a pandemic, given stagnant wages and job insecurity. Not even hustle culture and hyperproductivity can outrun economic circumstances from which we’re still reeling. I’ll keep worrying about health insurance, whether I’ll be lucky enough to keep my job, whether my younger sister’s generation will experience the powerlessness that stems from never really having power to begin with.

As Vega told me, “It feels like we’re getting hit just as we’re starting to figure out how to live. We have ongoing emotional trauma, skepticism, and overall burnout about trying to live a normal life with a normal paycheck.”

Everyone is negatively impacted by Covid-19 — it is going to deepen inequities for the most vulnerable among us. But for millennials, living with constant economic anxiety is our generational burden. We’ve been called the “lonely generation” or the “irresponsible generation,” but we stand to become the financial-crisis generation, too.

Rainesford Stauffer is a writer, Kentuckian, and author of the forthcoming book An Ordinary Age, about the challenges of emerging adulthood in contemporary America. She’s written for the New York Times Style and Opinion sections, WSJ. Magazine, Teen Vogue, and the Atlantic, among others. She tweets at @Rainesford.

Joe Biden has a really big lead in the polls
Vox Sentences: China goes after its Muslim population
More companies want to be “carbon neutral.” What does that mean?
Watch: Nobel Prize-winning efforts show stars orbiting the black hole at the center of our galaxy
Donald Trump attacks restaurant that kicked out Sarah Sanders
The “controversy” over journalist Sarah Jeong joining the New York Times, explained