MyNoise brings you realistic “soundscapes” from the outside world 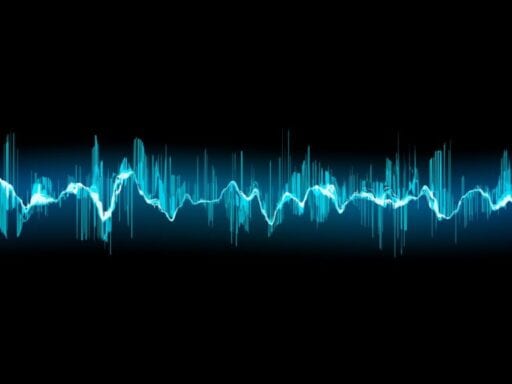 From cafes to the ocean to a spring walk in the woods, they’re exactly the sounds you might be missing right now.

I can’t write if it’s quiet. For as long as I can remember — even stretching back to my “gotta write this paper for high school” days — I have always written to the sound of something.

Sometimes I listen to pop music. Other times I rely on the ambient noise of wherever I happen to be working that day, whether it’s my office or a favorite coffee shop. But now that I’m exclusively working from home, I miss the pleasant drone of the office, the sounds of the coffee shop, overhearing other people talk. (The noises in my house are mostly my cats occasionally growling at each other.)

Enter MyNoise, a website that has been an absolute gift in this time of social distancing. Created by sound designer Stéphane Pigeon, the site is full of multilayered soundscapes that are drawn from the real world but can be manipulated in a way the real world cannot. If you’re listening to the Winter Walk soundscape (a particular favorite of mine), you might want to hear crows off in the distance, or right by your face, or not at all. Simply slide the volume control for the crows up or down to your heart’s content. (In theory, you could mute every other sound and just listen to crows very loudly, but I’d be concerned about you.)

Remarkably, none of the site’s offerings — even the ones that replicate, say, the experience of sitting nearby while someone noodles away on a piano — ever repeat themselves. They sound real, in a way that isn’t uncanny or off-putting. MyNoise has been my near-constant soundtrack during work hours for days now. I can’t imagine sitting down at my desk without it.

Most of my favorite MyNoise soundscapes recreate some experience from the real world in a way that feels dead-on, but also not inordinately distracting.

The soundscape called Church, for example, contains occasional whispers and the far-off drone of a priest — but without any distinct voices you feel compelled to make out or eavesdrop on. Everything is almost real, but not quite. It’s really impressive.

Along similar lines is Cafe Restaurant, which has filled the coffee shop-shaped hole in my heart. From the sounds of other patrons to the clinking of mugs and dishware to the rain outside — listening to it feels like experiencing the March day I could be having.

I’m also in love with the various nature sounds that Pigeon has collected and curated for the site. The “walk” series — Spring Walk, Autumn Walk, Winter Walk — is probably my favorite for the way it simulates wandering through the woods in three out of the four seasons. (GIVE US SUMMER WALK, PIGEON!!) But there are also soundscapes designed to evoke the desert or the ocean or the jungle. Really, almost anything you could desire is available.

I’m not as interested in the musical soundscapes, which are vaguely similar to listening to a gifted musician jam on their instrument of choice, but a lot of people love them. And if you happen to want to feel like you’re inside a scene from Star Trek, there’s even one that offers the familiar pings and beeps of the starships on that show. (That one is a favorite of many of my friends.)

But what’s really impressive are the ways that many MyNoise fans have taken these soundscapes and blended them together to create even more hyperspecific experiences. You can do this yourself by opening several different soundscapes (one in each browser tab) and tweaking the settings until you achieve exactly what you want. But there’s also an entire subreddit full of people who are experimenting and having fun with unique vibes.

For instance, here’s a mix that captures the experience of falling asleep on a boat with a cat lying beside you. Being from farm country, I love this one that perfectly captures the feeling of sitting on a farmhouse porch and watching a thunderstorm roll in. You can’t beat sitting by the fire on a cold, blustery day. And finally, here’s one designed to capture the feeling of being a kitten in a mother cat’s womb. (It’s not as strange as it sounds!)

If your tastes drift toward something a little less soothing, the full list of soundscapes and user-generated mixes also features a variety of more intense options, from creepy dungeons to an attempt to create the sounds of Gotham City at night. (If you’re big into tabletop RPGs, MyNoise can be useful for setting atmosphere at the table.)

MyNoise won’t be for everybody, but if the site sounds like the sort of thing you would like, it is almost certainly the sort of thing you would like. And best of all is that it’s almost completely free. (A few small features, like certain soundscapes, require a one-time donation to unlock.) Check it out, play around with it, and see what you think. Maybe you’ll see why I quickly found it to be indispensable.

The trial of Roger Stone, explained
Lululemon’s ex-CEO wrote an “unauthorized” history of the brand. Here’s what we learned.
Elon Musk: SpaceX and the Boring Company will help the Thai boys trapped in the cave
Body cams show police killing Javier Ambler while filming an A&E television show
Sandra Oh is the first Asian woman to earn a Lead Actress Emmy nomination
We aren’t using all of our tools to treat Covid-19