Rep. Liz Cheney just backed impeaching Trump — and even Mitch McConnell may be open to it 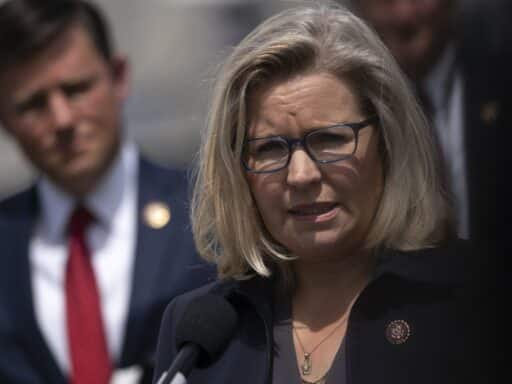 For the first time, there are signs some top Republican leaders are ready to take action against Trump.

For the first time Tuesday afternoon, there were signs that some top Republican leaders might really be willing to take action against President Donald Trump — by supporting his impeachment or conviction.

Rep. Liz Cheney (R-WY), the third-ranking Republican leader in the House of Representatives, is already on board — she announced Tuesday afternoon that she will vote in favor of House Democrats’ impeachment article accusing Trump of incitement of insurrection. And, even more intriguingly, several anonymously sourced leaks claimed that Senate Majority Leader Mitch McConnell believes Trump committed impeachable offenses and that McConnell welcomes the impeachment process.

Cheney is the highest-ranking Republican to commit to backing impeachment so far. In a scathing statement, she wrote that “the President of the United States summoned this mob, assembled the mob, and lit the flame of this attack. Everything that followed was his doing.”

Cheney’s statement continues: “The President could have immediately and forcefully intervened to stop the violence. He did not. There has never been a greater betrayal by a President of the United States of his office and his oath to the Constitution.”

Not long before Cheney’s statement, Rep. John Katko (R-NY) became the first elected Republican member of Congress to commit to backing impeachment. “To allow the president of the United States to incite this attack without consequence is a direct threat to the future of our democracy,” Katko said in his own statement. “For that reason, I cannot sit by without taking action.” Shortly afterward, a third House Republican, Rep. Adam Kinzinger (R-IL), announced his support for impeachment too.

It is unclear how many other House Republicans will back impeachment (reports tend to estimate the number at around 10 of the 211-member conference). But only a majority vote is needed for the House to impeach Trump, and Democrats have more than enough votes to do so on their own. So Cheney, Katko, and Kinzinger’s votes won’t change the outcome, but they will put a symbolically important bipartisan stamp on this impeachment — a contrast to Trump’s previous one, which no House Republicans supported.

What is Mitch McConnell up to?

The real question hanging over all this has been whether there’s any hope of convicting Trump in the Senate — a much taller order, since two-thirds of the chamber would be needed to do so. (That would require 18 Republicans right now, though once Georgia’s special election winners Raphael Warnock and Jon Ossoff are sworn in, the magic number would drop to 17.)

The signs among Senate Republicans had not been encouraging so far for supporters of impeachment. Sens. Lindsey Graham (R-SC), Tim Scott (R-SC), and Roy Blunt (R-MO) have all announced their opposition to impeachment in recent days. Even Sen. Mitt Romney (R-UT), the sole Senate Republican who voted to remove Trump from office during his first impeachment, had said he doesn’t think there’s enough time left to impeach Trump again.

But on Tuesday afternoon, not long before Cheney’s announcement, intriguing anonymously sourced leaks to several outlets claim that Senate GOP leader Mitch McConnell might support convicting Trump after all.

McConnell has said he believes Trump committed impeachable offenses and is “pleased” about the impeachment push because it gives Republicans a chance to purge Trump from the party, according to these stories.

Now, according to the Washington Post’s Josh Dawsey, McConnell does not plan to whip Republicans in either direction for an impeachment trial, and has not firmly committed to voting in favor of conviction. And he has been silent on his intentions publicly. Still, this signal will come through loud and clear to Senate Republicans who are weighing their own decisions on the topic.

Likely an important consideration here is that if Trump is convicted after an impeachment trial, the Senate can vote to bar him from holding future federal office — which would effectively prevent him from running again in 2024. If McConnell truly does want to purge Trump from the party and ensure he does not just return in a few years, this would be the way to do so.

Overall, it’s not yet clear whether getting at least 17 Senate Republicans to vote to convict Trump is a realistic prospect. But with McConnell at least reportedly signaling that he’s open to it, it looks more realistic than it did just 24 hours ago.

Trump slashed refugee levels this year. For 2019, he’s slashing them even further.
While Trump tried to reassure America about the coronavirus, another case was reported
No one has a damn clue how many jobs will be lost to automation
“King-Lee Day” and other ways states bend MLK’s legacy
Amazon and Walmart want you to think they always have the best prices. A smaller competitor is showi...
Trump’s team insists Soleimani was an “imminent” threat. Just don’t ask for details.