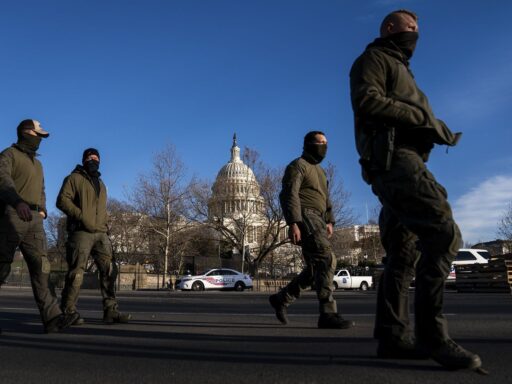 There is a disturbing reason Republicans in Congress are giving for refusing to break with President Donald Trump: They fear for their lives.

According to Rep. Jason Crow (D-CO), this is a major reason why more House Republicans aren’t voting to impeach Donald Trump in the wake of the attack on the Capitol.

“The majority of them are paralyzed with fear,” Crow said in a Wednesday MSNBC appearance. “I had a lot of conversations with my Republican colleagues last night, and a couple of them broke down in tears — saying that they are afraid for their lives if they vote for this impeachment.”

Tim Alberta, Politico’s chief political correspondent, found in his own reporting that “Crow was right.”

“I know for a fact several members *want* to impeach but fear casting that vote could get them or their families murdered,” Alberta writes. “Numerous House Republicans have received death threats in the past week.”

This fear has not only affected impeachment vote. Rep. Pete Meijer (R-MI) has said that he personally knows several House Republicans who wanted to vote to certify Joe Biden’s 2020 electoral win but were afraid for their lives if they chose to do so.

“I had colleagues who, when it came time to recognize reality and vote to certify Arizona and Pennsylvania in the Electoral College, they knew in their heart of hearts that they should’ve voted to certify, but some had legitimate concerns about the safety of their families,” Meijer told Reason magazine’s Matt Welch. “They felt that that vote would put their families in danger.”

The comments from Crow, Alberta, and Meijer illustrate a devastating truth: The Capitol Hill attack was, in large part, a success.

The violent seizure of the Capitol demonstrated to legislators that crossing Donald Trump puts them in the literal crosshairs. This was explicitly part of the point for some: In online comments cited in an FBI document on the violent threats before the attack, one person wrote that “Congress needs to hear glass breaking, doors being kicked in.”

“We get our President or we die,” they added. “NOTHING else will achieve this goal.”

Convincing Congress to install Trump for another presidential term was always an unattainable goal. But influencing legislators to vote differently in the future, in ways more congenial to the Trumpist movement, was not.

In weak and young democracies, especially ones with recent experience of civil war, you often see a phenomenon called “electoral violence,” in which armed groups use intimidation and force to coerce voters into supporting their preferred political parties.

In the United States, it seems like we’re seeing the emergence of something more properly termed “legislative violence.” Far-right demonstrators in both DC and state capitals are using both threats and actual violence to coerce members of their own broad political faction, the Republican Party, to toe their line. In a country where firearms are omnipresent and easily attainable by legal means, legislators have good reason to take such threats seriously.

Of course, both electoral and legislative violence are antithetical to democracy. They replicate the political conditions of an authoritarian state, where the fear of physical violence prevents citizens and government officials from having an authentic voice in their government. It is the antithesis of the democratic ideal of self-government, its replacement with the rule of the most ruthless and brutal.

It is alarming that this is happening in the United States today. And there are very good reasons to believe that the success of these tactics — that the rioters successfully took the Capitol and scared elected officials — will lead to them being tried again.

A recent Politico article describes an unnamed GOP House member flying home after the Capitol attack, expecting support after their ordeal from constituents. Instead, he recalls being greeted by a striking refrain from his supporters.

“Do you think that Congress got the message?”

The UN Climate Action Summit was a disappointment
Poll: Young Americans think democracy is “broken,” but intend to vote in record numbers
They hate Trump for a living. They might miss him, too.
YouTube has a big climate misinformation problem it can’t solve
Why Christians keep appropriating Jewish ritual symbols
Trump is starting to pressure red-state Democrats to support his Supreme Court pick