The company behind Fortnite dared Apple to shutter its game on iPhones. Now Apple has gone ahead and sort of done that. 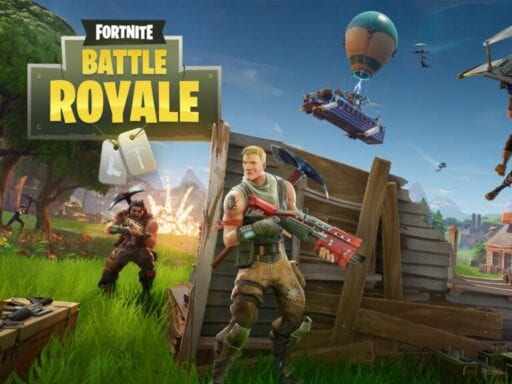 It’s Epic versus Apple in an antitrust battle … royale.

The company that owns Fortnite is making an in-your-face challenge to Apple: We’re not going to obey the rules you’ve set for your powerful App Store. And we dare you to do something about it.

Now Apple has done something: After Epic Games announced this morning that it was encouraging Fortnite players to bypass Apple’s in-house payment system — an intentional violation of Apple’s app policies — Apple has removed Fortnite from its App Store, claiming that Epic wanted “a special arrangement” that other developers don’t get.

What that means: If you’ve already downloaded Fornite to your iPhone or iPad, you can still use it. But the move does mean that Epic won’t be able to update the app — something that it did regularly to fix bugs and introduce new features. So if the situation doesn’t change, Epic will have to eventually have to abandon Fortnite’s Apple users.

It’s a fascinating standoff between a very profitable, highly valued gaming company and one of the most powerful companies in the world. The way it plays out could have consequences for Apple, its tech rivals — and antitrust regulators.

Epic , the North Carolina-based developer behind Fortnite and other games, announced on Thursday morning that players who want to buy Fortnite’s virtual currency would longer have to buy it via Apple’s App Store. Instead, it told them they could but it directly from Epic. The difference for players, however, is that Epic would charge them 20 percent less if they buy the currency from Epic instead of Apple.

It’s a small change that’s a big deal because Apple has explicitly prohibited developers from promoting these kinds of end runs around its powerful App Store. Instead, Apple wants developers to sell their digital goods within its marketplace, where it takes a cut of up to 30 percent for each purchase.

That stance has long upset developers, who argue that Apple’s fee is too onerous and gives its home-grown products a leg up on competitors by essentially letting Apple sell its own stuff with a much better profit margin. Apple sells its music service, for instance, for $10 a month; if a rival music service sold subscriptions via Apple’s store for the same price, it would have to fork over as much as $3 of that to Apple.

So, over time, some big players, including Netflix and Spotify, have stopped selling subscriptions to their services from the Apple App Store altogether. You can use Spotify and Netflix on Apple devices, but if you want to pay for them, you have to visit those companies’ websites. Spotify has also filed a complaint with European antitrust regulators, who are now investigating Apple’s policies.

Apple has also drawn attention from US lawmakers like Sen. Elizabeth Warren, who has said the company is trying to “lock out” competitors. Last month, Apple’s policies came under fire when CEO Tim Cook testified at a congressional antitrust hearing.

And in the past few weeks, Apple’s App Store policies have also generated conflict with both Facebook and Microsoft, who complained that Apple was barring gaming services they wanted to distribute through the App Store.

But no developer has done what Epic did on Thursday, broadcasting that it wasn’t going to play by Apple’s rules. For the time being, if you try to buy 1,000 “V Bucks” in Fornite, Epic will ask you whether you want to spend $10 to do so via Apple’s store or $8 to do it from Epic:

Epic explained the move to its users by describing it as new “discount pricing.” But in a post aimed at the media, the company went out of its way to point out that it was defying Apple’s 30 percent tax, as well as a similar one that Google’s app store also charges.

“Apple and Google collect an exorbitant 30% fee on all payments” for virtual goods, the post said, pointing out that Apple doesn’t collect a similar fee for real-world goods developers like Amazon, McDonald’s, and Uber sell via Apple apps. “Epic direct payment simply offers players the same kinds of payment options as these other apps.”

While Epic’s move affects both Apple’s and Google’s app stores, Apple is the company that clearly rankles Epic CEO Tim Sweeney, who has been complaining about the company on Twitter for weeks:

Apple’s intentional anti-competitive strategy has been running for much longer than most realize. Here they are in 2011 muscling Kindle purchases off of iPhone by demanding 30% of e-book revenue, “which we acknowledge is prohibitive for many things”.https://t.co/trnugoOZgV

It pains me to complain about Apple in this way. Apple is one of the greatest companies that has ever existed, perhaps the greatest. But they’re fundamentally wrong in blocking competition and choice on devices they make, and that holds up entire fields of technological progress.

Apple has gone crazy. If colleges hold virtual classes through an iPhone app, Apple could demand 30% of the tuition. Truly, Apple has no right to take any percent of any company’s revenue just because they made the phone people use to access the stuff.https://t.co/Pt2JlS4bvo

So now Sweeney is making a very big gamble. He’s daring Apple to either back down from its stance or shutter Fornite’s Apple app and see what millions of Fortnite players do next. In the worst case, the company seems to be thinking, it can survive with a player base that comes from other platforms, like gaming consoles and PCs.

For now, Apple is taking Epic head on — which is likely the only move it could make, in the short term: If it allowed Epic to run an alternate payments system while preventing other developers from doing so, it would have an either bigger headache. But longer term, this will increase Apple to change its policies.

Here’s a statement from Apple PR, released after the company removed Fortnite from the App Store:

“Today, Epic Games took the unfortunate step of violating the App Store guidelines that are applied equally to every developer and designed to keep the store safe for our users. As a result their Fortnite app has been removed from the store. Epic enabled a feature in its app which was not reviewed or approved by Apple, and they did so with the express intent of violating the App Store guidelines regarding in-app payments that apply to every developer who sells digital goods or services.

“Epic has had apps on the App Store for a decade, and have benefited from the App Store ecosystem – including it’s tools, testing, and distribution that Apple provides to all developers. Epic agreed to the App Store terms and guidelines freely and we’re glad they’ve built such a successful business on the App Store. The fact that their business interests now lead them to push for a special arrangement does not change the fact that these guidelines create a level playing field for all developers and make the store safe for all users. We will make every effort to work with Epic to resolve these violations so they can return Fortnite to the App Store.”

While Epic doesn’t have the same kind of awareness of big tech players like Facebook and Amazon, the company certainly has the capacity to fight Apple. Epic says it generated earnings of $730 million last year on revenue of $4.7 billion; much of that money came from Fornite, which Epic says has 350 million players worldwide.

I’ve asked Apple and Epic for comment and will update if they provide any. In the meantime, it may be worth noting that Epic co-founder Mark Rein retweeted my analysis of this morning’s move, without comment:

The timing for Sweeney’s move is interesting. It comes after Epic raised a staggering $1.8 billion, which values Sweeney’s company at more than $17 billion. But it also comes after Cook’s appearance in front of Congress. Had Epic done this in the runup to that event, the situation certainly would have been raised by lawmakers.

The move also happens on the same day that Apple’s plans to sell even more of its own digital services have come into focus. Bloomberg reports that Apple plans to sell bundles of Apple subscriptions to products like its music, video, and gaming services — later this fall, at a discount.

This man has donated at least 10% of his salary to charity for 10 years running
The storming of the Capitol, explained
“This may be the tip of the iceberg”: Why Japan’s coronavirus crisis may be just beginning
“It may be that I never go back to the grading system”
Vox Sentences: Another blow for Boeing
5 things you may have missed from the Facebook and Twitter hearings on Capitol Hill