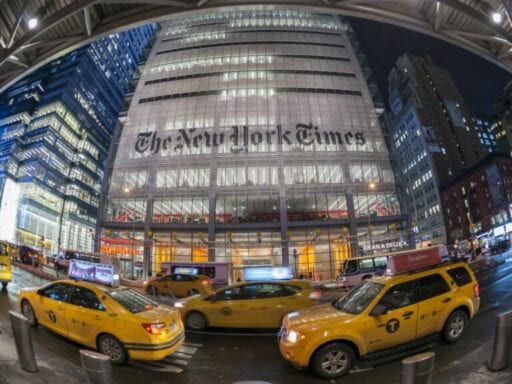 Two other outlets have scaled back in recent months.

The New York Times announced Tuesday that it is shutting down its Spanish-language coverage — the third news organization to do so in recent months, following the demise of BuzzFeed News Mexico and HuffPost Mexico.

All three Spanish-language news divisions were launched in the aftermath of President Donald Trump’s election. Reporters and readers alike on Twitter mourned the demise of the New York Times en Español — which produced both original reporting and translations of some English-language stories in its three-year run — as a loss for the Latino community.

Ceasing production was ultimately a corporate decision and the paper will still occasionally publish Spanish translations of its English reporting, but it’s not immediately clear how that will be done.

“While the Español site did attract a new audience for our journalism and consistently produced coverage we are very proud of, it did not prove financially successful,” the Times said in a statement.

For the HuffPost at least, launching its Spanish-language coverage in 2016 was partly a response to Trump’s racist statements about Mexicans on the campaign trail.

Trump had referred to Mexican immigrants as drug traffickers and rapists and called for US District Judge Gonzalo P. Curiel to recuse himself from a case, claiming that he could not be impartial because of his Mexican roots and would hold the administration’s attempts to build a border wall against it.

“We hope that by sharing reporting in Mexico with the world — and vice versa — we can counter taunts with understanding,” HuffPost Mexico said at the time of its announcement.

The division ultimately shut down in March.

And after launching in March 2017, BuzzFeed News Mexico closed down and laid off its entire staff as part of the company’s global restructuring efforts in January. Its entertainment coverage in Mexico, however, has continued.

The closures come at a time when Trump’s immigration policies, which largely affect Latinos, have dominated headlines.

Trump has threatened Mexico with tariffs on all of its goods if it does not cooperate with the US’s efforts to drive down the number of migrants seeking to cross the southern border. Most migrants seeking asylum in the US pass through Mexico, coming from the Northern Triangle countries of Guatemala, Honduras, and El Salvador, where rampant crime, violence and corruption is driving tens of thousands to flee.

The administration continues pursue wide-scale workplace raids in search of unauthorized immigrants and has perpetuated dozens of policies making life harder for legal immigrants — not least of all a policy that threatens to penalize those who use certain public benefits.

Democratic candidates have tried to speak directly to Hispanic voters in Spanish, and while some have dubbed their efforts cringeworthy, at least some viewers welcomed them. As Vox’s Alexia Fernández Campbell writes, “The candidates’ efforts to speak Spanish were significant, and meaningful, to many Latinx Americans; 41 million people in the US speak Spanish, and it’s rare to be addressed on a national stage and shown that respect.”

Jorge Ramos, one of the most influential journalists in Spanish-language media, also shined as a moderator during the last debate, arguably asking the most pointed questions about immigration policy in any debate so far: In one exchange, he asked Joe Biden to answer for former President Barack Obama’s deportations of more than 3 million immigrants between 2009 and 2016, a record that drew persistent criticism from immigration advocates. It proved to be a weak point for the former vice president.

There is a large audience for such Latino-centric content: A study published in June by the Craig Newmark Graduate School of Journalism found that there are 624 Latino news outlets nationwide serving estimated audience of about 59 million people, or nearly 20 percent of the US population. Television news giants Univision, where Ramos is an anchor, and Telemundo are the biggest competitors in the Latino news space.

But in some news sectors, that audience is decreasing — about 10 percent over the last five years among print publications — as bilingual consumers increasingly prefer to get their news in English. About 83 percent of Latinos consumed at least some of their daily news in English in 2016, according to the Pew Research Center.

In spite of this shifting landscape, some outlets are taking a bet on Spanish-language content: The Washington Post announced in June that it is starting a new Spanish-language opinion section with original and translated articles and a podcast to air twice a week, with the intent of expanding their reach to Hispanic populations in the US and abroad.

So while the New York Times, Buzzfeed, and HuffPost have all scaled back their coverage in Spanish, Latino news media is still alive and well.

Trump’s closing impeachment argument involved misrepresenting a tweet from the whistleblower’s lawye...
How Trump’s attempted WeChat ban would devastate Chinese American families like mine
Watch: Killer Mike urges protesters to “plot, plan, strategize, organize and mobilize”
How to topple dictators and transform society
How a far-right politician’s scandal brought down Austria’s government
Orange Is the New Black season 6 is a good argument for the show to end soon