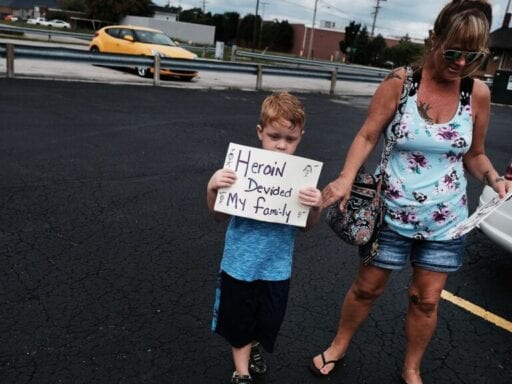 The opioid epidemic is seriously hurting the US economy.

The CEA last calculated the cost of the opioid epidemic in 2015, putting the price at more than $500 billion. Using similar methodology, the agency calculated new numbers for the ensuing years.

For example, a 2016 study published in Medical Care estimated the total economic burden of prescription opioid overdose, misuse, and addiction at $78.5 billion in 2013. A 2017 report published by Altarum, a health care research organization, put the cost of the opioid epidemic at $95 billion for 2016. And a more recent report from the Society of Actuaries, another health care research organization, estimated that the total economic burden from 2015 through 2018 was at least $631 billion.

The CEA has argued these other estimates “greatly understate [the cost] by undervaluing the most important component of the loss — fatalities resulting from overdoses.” It said other estimates look at a narrow set of costs, such as health care expenses and lost potential earnings from work, instead of the full value of all the activities people could contribute to if they didn’t die prematurely. It leveraged “conventional estimates” typically used by other federal agencies to get a fuller picture of the impact of premature deaths.

Corey Rhyan, a health care research analyst at Altarum, previously told me that neither the White House’s estimate nor his own report’s estimate is necessarily more accurate, but that each is trying to get at different questions.

“Our [Altarum] report is looking at the direct estimate of the return you would see in economic benefits if you could remediate this epidemic — the potential economic benefits, the true dollar values that you would see over someone’s lifetime as a result of someone’s increased earnings,” he said. “What the White House produced is the total societal welfare loss associated with the opioid epidemic, which includes the implicit value of life because they’re trying to put a value on [the fact] we care more about people than just what their economic gains are going to be throughout their lifetimes.”

Regardless, the cost is very high, ranging from the tens of billions of dollars on the low end to hundreds of billions on the high end. This means even a large investment to address the opioid crisis — say, $100 billion — could prevent much more in costs down the line.

President Donald Trump’s administration and Congress have increased funding for the opioid crisis by the billions of dollars here and there, but their efforts so far fall short of the tens of billions that experts say is necessary to adequately boost addiction treatment and harm-reduction efforts.

More than 70,000 people died of drug overdoses in 2017 — a record number, with around two-thirds of those deaths linked to opioids. Preliminary data suggests the death toll fell or remained relatively flat in 2018, but experts caution the preliminary data could be off. It could also be a temporary reprieve, as occurred in 2011 and 2012.

The opioid epidemic can be understood in three waves. In the first, starting in the late 1990s and early 2000s, doctors prescribed a lot of opioid painkillers. That caused the drugs to proliferate to widespread misuse and addiction among not just patients but also friends and family of patients, teens who took the drugs from their parents’ medicine cabinets, and people who bought excess pills from the black market.

A second wave of drug overdoses took off in the 2000s when heroin flooded the illicit market, as drug dealers and traffickers took advantage of a new population of people who used opioids but had either lost access to painkillers or simply sought a better, cheaper high. And in recent years, the US has seen a third wave, as illicit fentanyl offers an even more potent, cheaper — and deadlier — alternative to heroin.

That’s culminated in a crisis that has killed tens of thousands of people annually for years — a horrific loss of life, and, as if that weren’t enough, a loss with huge repercussions for the US economy.

Watching Skyscraper is like watching someone play a video game starring The Rock
What's changed after Trump's immigration order: For families, for the military and for Con...
Nancy Pelosi just suggested she sees herself as a “transitional” House speaker
Who will tell us the truth about Trump’s health?
Trump just tweeted out a cryptic video of people getting money in Spanish
Ed Whelan’s tweets have created a second Kavanaugh scandal