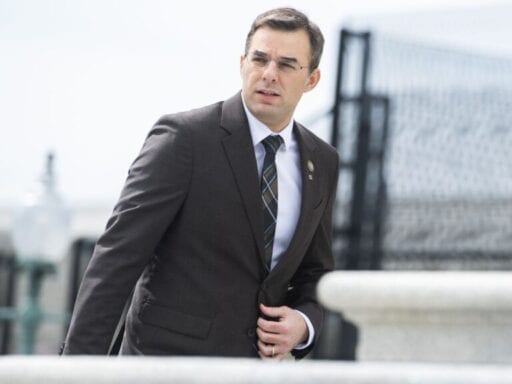 Amid a national outcry over police brutality, qualified immunity, a once-obscure doctrine protecting government officials from being sued in federal court, is having a moment of infamy.

Qualified immunity is supposed to shield public officials from suits involving novel legal claims. But it can also protect police officers faced with rather shocking allegations of misconduct.

There are now two separate proposals in Congress and a raft of court cases hoping to alter or abolish qualified immunity. Though the full implications of these efforts to limit the doctrine vary, all of them would leave police with much less legal protection when officers violate the Constitution.

After two weeks of protests catalyzed by the death of George Floyd during an encounter with Minneapolis police officers, one of whom has been charged with his murder and three of whom have been charged as accomplices to murder, House Democrats united around a proposal to end qualified immunity for police officers. On Monday, House Speaker Nancy Pelosi (D-CA) and several other top Democrats unveiled a detailed criminal justice reform bill called the “Justice in Policing Act.”

Among other things, this bill would prevent state and local law enforcement and correctional officers from raising a qualified immunity defense in civil rights suits.

Rep. Justin Amash (I-MI) had earlier proposed an even more aggressive effort to deal with qualified immunity. Amash’s “Ending Qualified Immunity Act” would prevent any state government official of any kind from raising a qualified immunity defense in a civil rights suit.

So long as President Trump remains in office, however, it is unlikely that any legislative proposal to address qualified immunity will be signed into law.

But legislation may not be necessary to reform qualified immunity. Currently, the Supreme Court is considering whether to hear any of a dozen cases asking the Court to reconsider the qualified immunity doctrine. In one of them, for example, police trashed a woman’s home, smashed several of her windows, and saturated the inside of the home with tear gas — making the house unlivable for two months — after the woman gave police permission to enter the home to search for her ex-boyfriend. A federal appeals court held that the cops in this case had qualified immunity.

As some of these lawsuits point out, qualified immunity is a fairly recent development. And the Court could restore more accountability to police by returning to older rules that governed as recently as the 1960s.

Qualified immunity, the Supreme Court explained in Harlow v. Fitzgerald (1982), exists due to fears that government officials will be inefficient and overly cautious if they face the threat of litigation. The doctrine ensures that litigation won’t divert “official energy from pressing public issues,” and that concerns about being sued won’t deter “able citizens from acceptance of public office.”

The Court was also concerned that “the danger that fear of being sued will ‘dampen the ardor of all but the most resolute, or the most irresponsible [public officials], in the unflinching discharge of their duties.’”

This doctrine, it should be noted, applies far beyond police officers to any government official who performs “discretionary functions.” Teachers, firefighters, government regulators, publicly employed social workers, civil rights commissioners, and a wide range of other officials may all raise a qualified immunity defense if they are accused of violating another person’s civil rights.

The House Democratic proposal would leave this framework intact except for state and local law enforcement and for state corrections officers. Their proposal appears to rest on the assumption that officials who carry a badge and a gun — and who are authorized to use force on the state’s behalf — are different in kind from other government employees and should enjoy fewer legal protections.

Under the Democratic proposal, in other words, qualified immunity would still ensure that the “fear of being sued” would not “dampen the ardor” of teachers, regulators, and other officials who are not in law enforcement.

The Amash proposal, by contrast, would eliminate qualified immunity as a defense in nearly all civil rights litigation against state employees. Amash is a former Republican who briefly considered running for president on the Libertarian Party ticket, so his proposal likely reflects a greater mistrust of government than the Democratic counterpart.

The Supreme Court could restore an older, narrower form of immunity.

The Constitution does not provide for qualified immunity, nor has Congress enacted any law creating this doctrine. Rather, the doctrine appears to be entirely a creation of the judiciary.

In an influential law review article arguing against qualified immunity, University of Chicago law professor William Baude traces “the key intellectual move” that led to this doctrine’s emergence to the Supreme Court’s decision in Pierson v. Ray (1967). Pierson suggested that long-standing “common law” principles, developed by judges over many years, establish that police enjoy some protection against lawsuits.

Yet the immunity described in Pierson is far weaker than the broad qualified immunity doctrine the Court laid out 15 years later in Harlow. Pierson states that “under the prevailing view in this country a peace officer who arrests someone with probable cause is not liable for false arrest simply because the innocence of the suspect is later proved.” It also concluded that “the same consideration would seem to require excusing [an officer] from liability for acting under a statute that he reasonably believed to be valid but that was later held unconstitutional.”

Thus, under Pierson, a cop who lawfully arrests someone — to arrest a suspect, a police officer must have probable cause to believe that the suspect has committed a crime — may not be sued for false arrest if the suspect is later determined to be innocent. An officer also typically may not be sued if they act pursuant to an act of the legislature, even if that act is later struck down.

But Pierson did not give police a broad ability to violate any legal right that was not “clearly established” at the time of the violation.

At least one member of the Court has suggested that he supports overruling Harlow and returning to something more similar to the Pierson test. In his concurring opinion in Ziglar v. Abbasi (2017), Justice Clarence Thomas wrote that his Court should “reconsider our qualified immunity jurisprudence.”

Thomas’s opinion in Ziglar is both brief and vague, but the thrust of it is that government officials should only be allowed to assert qualified immunity when they claim immunity that “was well established at common law in 1871” (a seminal federal law permitting state officials to be sued for civil rights violations was enacted in 1871). Thomas also cites favorably to Pierson’s holding that “police officers could assert ‘the defense of good faith and probable cause’ against the claim for an unconstitutional arrest because that defense was available against the analogous torts of ‘false arrest and imprisonment’ at common law.”

So it is possible that Thomas, who is typically the most conservative member of the Court, would support a return to the Pierson standard. If his four liberal colleagues join him — or some combination of the Court’s liberal and conservative members — that could be enough to eliminate much of the immunity police currently enjoy when they are sued for civil rights violations.