A brief guide to the Oscars’ Best Picture nominees 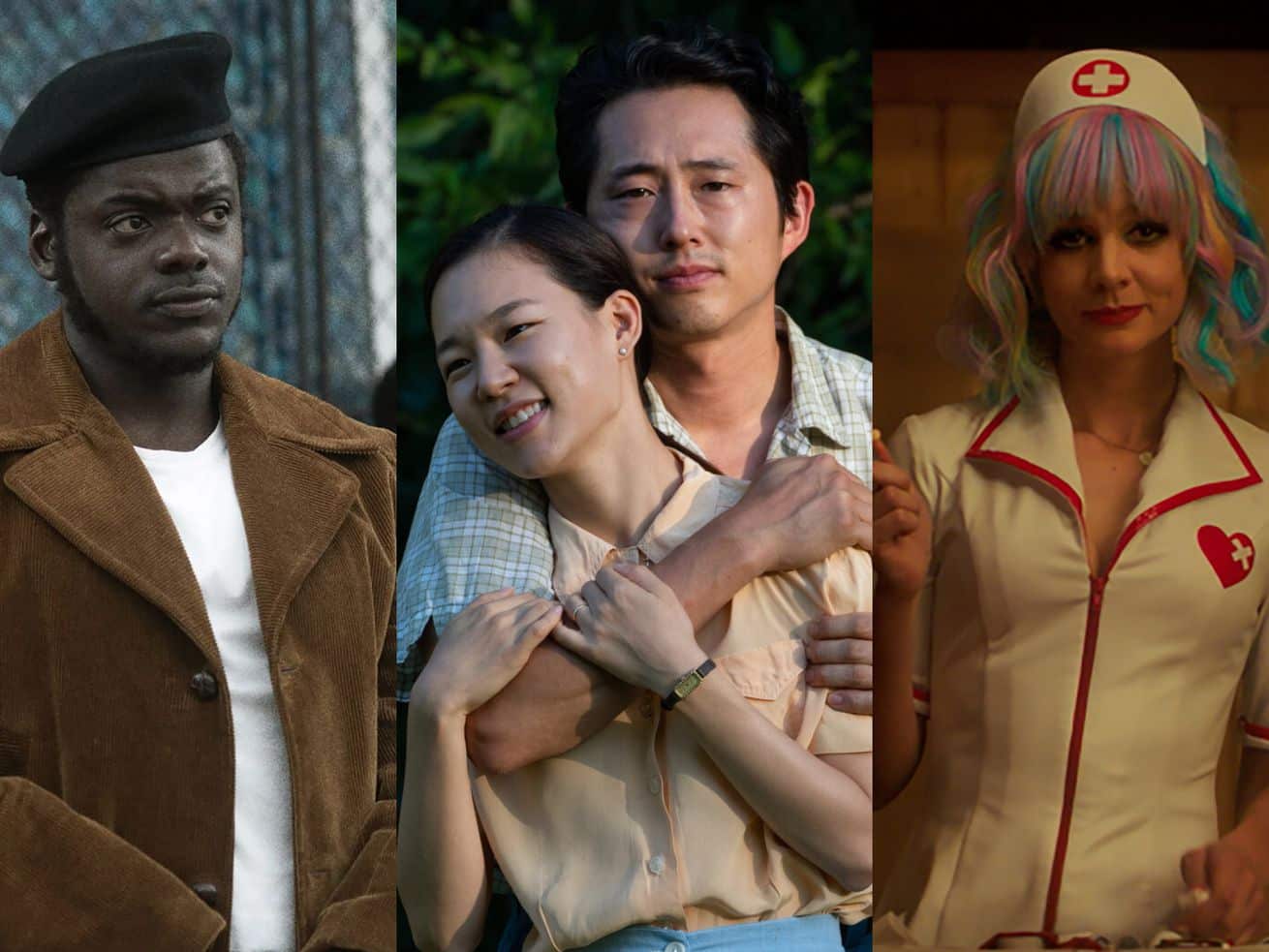 How to watch them and why you should.

Eight films are nominated for Best Picture at the 2021 Oscars. And in an Oscar year when theaters were largely closed and the normal awards season cycle was disrupted by a pandemic, it’s a relief that they’re all at least pretty good, and some are truly great. Among them are historical dramas, stage play adaptations, twisted revenge tales, and stories of the heartbreaking American heartland. All are worth watching.

So if you’re looking to catch up on some of the best movies from 2020 (and the first two months of 2021, thanks to the Oscars’ extended eligibility window), here’s where to find them, and why you should.

The Father reminds me of a diamond, an exquisite film through which light refracts in unpredictable directions. Florian Zeller directs the film adaptation of his celebrated play about a man named Anthony (played by Anthony Hopkins) who becomes confused and belligerent when he needs to move into his daughter Anne’s flat. Anne (Olivia Colman) has moved him there because his dementia is getting worse, and she can’t bear the thought of putting him in a nursing home.

The film loops and doubles and plays tricks on the audience, in a way that draws us into Anthony’s mind. It is both fascinating and crushing, with some of the best writing I’ve seen this year, and Hopkins’s and Colman’s performances (both nominated for Oscars as well) are outstanding. The Father lingers long after it ends, questioning our perceptions of the world and, more fundamentally, of one another.

How to watch it: The Father is playing in theaters. It will be available to digitally rent on platforms including Amazon Prime and iTunes beginning March 26.

Judas and the Black Messiah

Judas and the Black Messiah is galvanizing, with an intoxicating energy that makes the story beats land with a jolt. Director and co-writer Shaka King tells the story of 21-year-old Fred Hampton (played by Daniel Kaluuya), the charismatic chair of the Illinois Black Panther Party, who was assassinated in a raid on his home by police and FBI on December 4, 1969. That raid was partly enabled by William O’Neal (Lakeith Stanfield), an FBI informant who had worked his way up the Black Panther ladder to become the Illinois chapter’s head of security and a trusted member of the party.

It’s an electrifying film, and it landed Oscar nominations in six categories, including one each for Kaluuya and Stanfield. Judas and the Black Messiah brilliantly evokes the texture and emotional tenor of the time, the feeling of being part of something bigger than yourself — and of knowing that someone powerful is turning their crosshairs on you.

How to watch it: Judas and the Black Messiah is playing in theaters.

Mank leads the field of Oscar nominees, with 10 nods in all. And no wonder; in some ways, it’s a classic Oscar movie, albeit with an edge. Mank is the tale of Herman J. Mankiewicz (played by Gary Oldman), the man who co-wrote Citizen Kane, which is still widely considered one of the greatest movies of all time. He shares the writing credit for Citizen Kane with the film’s director, producer, and star, Orson Welles. Mankiewicz comes to realize there are big real-world implications to the way the movie business runs, from how the lower-paid workers struggle to make a living to the way the films they produce can distort the truth and benefit the powerful. Citizen Kane, at least in Mank’s telling, is equal parts his stroke of revenge and his plea for atonement.

Mank director David Fincher, working from a screenplay written by his father, Jack Fincher, makes obvious nods to films of the period and Citizen Kane specifically. But if Mank is paying homage, it isn’t doing so slavishly; the film is no love letter to Hollywood. Mank suggests that the industry exercises outsize power over its audience, but not always wisely or well — and that telling the truth while working in the business may mean you get chewed up and spit out, even if you wrote the best movie ever made.

How to watch it: Mank is playing in select theaters and streaming on Netflix.

Minari is the story of Korean immigrants Jacob (Steven Yeun) and Monica (Yeri Han), who move their two small children (Noel Kate Cho and Alan S. Kim) from California to Arkansas in the 1980s, in pursuit of Jacob’s dream of farming. But Jacob and Monica’s marriage is on the rocks, a circumstance that doesn’t improve the way they hoped it would when Monica’s mother (Yuh-Jung Youn) comes to stay with them.

Minari eschews a simple narrative, with a single point of conflict and resolution, for a layered, symbol-rich evocation of memory. It’s a deeply personal project for writer and director Lee Isaac Chung, who also grew up in small-town Arkansas, the son of Korean immigrants, in the 1980s. He was 6 years old when his grandmother came to live with his family. Minari is both a family drama seen through the eyes of a Korean American boy and a moving tale of love and loss in the American heartland, exquisitely told.

How to watch it: Minari is playing in theaters and available to digitally rent on platforms including Apple TV+, Amazon Prime, Google Play, and YouTube. It’s also playing in A24’s Virtual Screening Room.

Unmoored from home by choice, economic necessity, or both, an increasing number of retirement-aged Americans are traveling all over the country, living in vans and RVs and following patterns of seasonal work. Based on Jessica Bruder’s 2017 nonfiction book, Nomadland melds fiction and reality to tell their story.

Frances McDormand plays Fern, a woman who leaves her small town in Nevada after the death of her husband and becomes part of the nomad community — most of whom, in the movie, are played by themselves. Director Chloé Zhao (who made 2017’s The Rider and the upcoming Marvel film Eternals) crafts an aching reminder of the loneliness and loss that many older Americans face in a country that has no place for them. And she does it against a backdrop of rolling hills and wide open plains almost too beautiful for words.

How to watch it: Nomadland is playing in theaters and streaming on Hulu.

Promising Young Woman is a candy-colored revenge flick with a very bitter core. Carey Mulligan plays Cassie Thomas, who used to be a med student but dropped out after a friend was brutally assaulted. Now Cassie works as a barista by day; by night, like an avenging angel, she goes to bars, pretends to be drunk, and then scares the bejeezus out of the “nice guys” who take her home.

Written and directed by Emerald Fennell — who nabbed Oscar nominations for both the screenplay and her direction — Promising Young Woman is a roller coaster ride of a film, with Mulligan’s performance anchoring the whole thing. It’s a stylish, suspenseful thriller that comes to an explosive conclusion and turns the tropes of romance and revenge on their heads.

How to watch it: Promising Young Woman is playing in theaters and available to digitally rent on platforms including Apple TV+, Amazon Prime, Google Play, and YouTube.

Sound of Metal is truly extraordinary. Riz Ahmed plays Ruben, a hard rock drummer who tours with his girlfriend Lou (Olivia Cooke), a singer. Both are former addicts, and both have been sober for years. But then Ruben’s hearing starts to disappear. Sent into a tailspin, he ends up living at a center for deaf adults who are adjusting to life without hearing, run by Joe (Paul Raci). But the future is hazy to him, and he’s torn between longing for his old life and navigating a new one.

Ahmed and Raci both received Oscar nominations for their performances in Sound of Metal, which is tightly crafted by writer and director Darius Marder. The film is especially notable for how it plays with its sound design to not just put the audience in Ruben’s shoes but, in some moments, to land a sucker punch to the gut. It’s a subtle, moving, and sometimes devastating drama.

How to watch it: Sound of Metal is playing in select theaters and streaming on Amazon Prime.

The Trial of the Chicago 7

Aaron Sorkin wrote and directed The Trial of the Chicago 7, a lightly fictionalized courtroom drama based on the six-month trial of seven men accused of conspiring to cross state lines and incite riots at the 1968 Democratic National Convention in Chicago. It rings all those “now more than ever” bells that Hollywood loved to ring (and ring and ring) during the Trump era, though with a little more finesse than some.

The film boasts a terrific cast, including Sacha Baron Cohen (nominated for his performance), Jeremy Strong, John Carroll Lynch, Mark Rylance, Yahya Abdul-Mateen II, and Eddie Redmayne. Sorkin takes some liberties to fit this tale to the contours of the classic Hollywood courtroom drama, which has to end in triumph, the underdog winning out over those of whom society approves. So it falls flat in places, particularly at the end. But it’s enormously entertaining, and a great reminder that the past is never gone — in fact, it’s barely in the past.

How to watch it: The Trial of the Chicago 7 is playing in select theaters and streaming on Netflix.

CEOs may promise to be ethical, but most of them do the bare minimum, says The Enlightened Capitalis...
It’s time to take Trump both seriously and literally on Russia
Facebook doubles down on removing coronavirus conspiracy theories
Bloomberg says his company will release 3 women from nondisclosure agreements
Outdoor dining and drinking is allowed. But is it safe?
Sandra Oh is the first Asian woman to earn a Lead Actress Emmy nomination