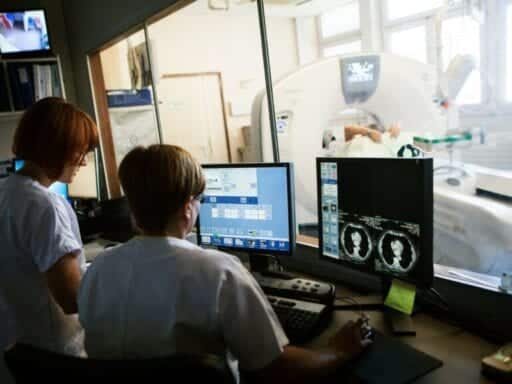 It’s one thing to understand in the abstract that America has the highest health care prices in the world. It’s quite another thing to see the price of services, from C-sections to MRIs, compared to other health care systems.

The Health Care Cost Institute put out a new report Tuesday showing how the prices paid for medical services by private insurance in the United States stack up against prices in other countries. As expected, American prices are collectively higher than the rest.

But four charts, based on the report, show just how thoroughly the United States is outspending other countries for almost every medical service or prescription drug.

First, for medical services, other wealthy countries are often paying half the price — or less — as private insurers in the United States.

The Netherlands, consistently ranked as one of the best health care systems in the world by advanced metrics, spends a quarter of what American insurers do on hip and knee replacements. A CT scan costs $1,100 in the United States and $140 in Holland. There are only a handful of isolated instances — childbirth in the United Kingdom, an angiogram or cataract surgery in New Zealand — where the cost of a particular service even approaches the US price.

It is the same story for prescription drugs.

The price of Harvoni, one of the new breakthrough treatments that cure hepatitis C, in South Africa is less than one-fifth of the price in the United States. So is Humira, the arthritis drug. The United Arab Emirates spend less than half what American insurers do on Humira. For Factor VIII, the anti-clotting agent, every single country in the study pays half of the US price or less.

Why are US health care prices so high?

That’s the million-dollar question, and it doesn’t have one simple answer.

The US is still the wealthiest country in the world. It’s home to the world’s leading biopharmaceutical industry. It tends to have the most cutting-edge treatments. All this contributes to higher prices here than elsewhere. But one big and unavoidable culprit is the lack of price regulation.

Private insurers, which cover more than half of Americans, negotiate with private providers and drug companies to set their prices. They do have some leverage (by denying a provider or drugmaker access to their patients) but it is more limited than in other countries.

In some of the countries studied by the Health Care Cost Institute, like the UK, the government actually employs doctors and owns hospitals. Others, like Australia, have a universal public insurance program.

Even the Netherlands, which has a fully privatized insurance scheme, has placed more government controls on prices than the United States. Insurers there use global budgets, also common in single-payer systems, to pay providers, capping the amount they’re willing to pay per year to cover all of the services their customers need. It’s a hard limit on health care spending for the coming year, and then providers and payers negotiate prices for individual services based on that budget cap. It’s very different from private insurance in the United States, which is generally open-ended depending on how much medical care is used in a given year — and the price for those services.

Because of America’s high prices, there is a $3.5 trillion industry invested in the status quo. Cutting prices, whether through global budgets or price setting or other rules, means cutting income for health care providers. So those cuts have proven extraordinarily difficult in American politics. Even a clear perversity — like the surprise medical bills patients can face for out-of-network care — is hard to fix because it would cut payments to providers.

Getting health care spending under control would be an even bigger undertaking. These charts are an acute reminder of the scale of that challenge.

9 charts showing what coronavirus is doing to the economy
The difference between the DNC and RNC, in one tweet
Olivia Nuzzi and Sam Sanders talk about the final days of the Trump White House
9 times Mister Rogers said exactly the right thing
The essential worker revolution of 2020 will not wait
The best $10 I ever spent: sleep headphones to soothe my bedtime anxiety