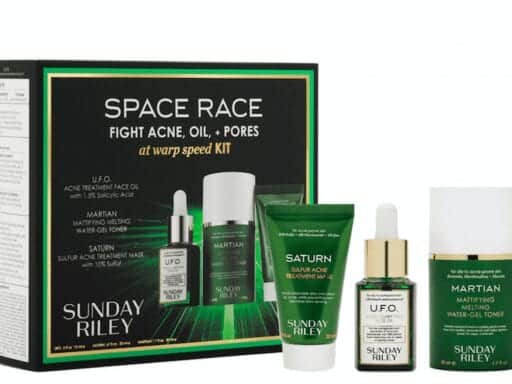 For those who know their skin care products, Sunday Riley is a beloved brand. Good Genes face acid is a best-seller at Sephora and frequently hailed as a holy grail product. But the company got some unwelcome scrutiny this week after a former employee shared an email directing employees to open fake accounts and leave glowing Sephora reviews of new Sunday Riley products, on the subreddit r/skincareaddiction. The post shocked customers and served to highlight the questionable trustworthiness of online product reviews at retailers like Sephora.

Online reviews are really important to brands. Studies have shown that customers trust products that have a lot of reviews, and it’s human nature to look to peers and “real people” for their opinions. It’s why, especially for makeup and other beauty products, so many people follow bloggers, YouTubers, and Instagrammers. They’re perceived to be authentic (though recent drama in that world has revealed that their reviews can sometimes be purchased for a lot of money).

This is not the first time the authenticity of online reviews has been called into question. Amazon has been singled out frequently in stories alleging that brands pay people to write reviews. It happens enough that there are now even plenty of tips for recognizing when a review might not be what it seems.

In 2017, I reported on this phenomenon in the beauty industry for Racked. There are a variety of companies that offer free products in exchange for “honest” reviews, and small brands admitted feeling pressure to solicit fans to leave positive reviews. But this is the first time a major brand has been called out on the practice, with receipts. It provides insight into the way the beauty industry sells products, and how cutthroat and dishonest it can be.

A user and supposed former Sunday Riley employee calling themselves “throwawayacctSRiley” posted on Reddit and shared a copy of an email that clearly shows that employees had been asked by the company to register as fake Sephora users in order to leave glowing reviews for new acne products that the company was launching. The email lays out in great detail how employees should register as reviewers to avoid having their IP address traced back to the company, and to leave reviews on other brands as well to avoid drawing suspicion to themselves. It was recommended that employees set up several different profiles and “mix and match your identities.”

The most eye-opening section of the email reads:

It helps to make yourself seem relatable — like you know how hard acne is and you’ve tried everything, and this one actually works or mention things like, yes it’s a little more expensive but works incredible [sic] well compared to the cheaper masks out there. If you need any help with things to come up with to say, feel [sic] to ask myself, Sunday, or Addison. As reviews come in, read them too. If you notice someone saying things like I didn’t like “x” about it, write a review that says the opposite. The power of reviews is mighty, people look to what others are saying to persuade them and answer potential questions they may have.

It caused a huge commotion in the beauty world, racking up over 500 comments on r/skincareaddiction. And the news only got bigger when Sunday Riley confirmed that it was true. A brand representative wrote in the comment section of the anonymous beauty industry watchdog/gossip Instagram account Estee Laundry:

As many of you may know, we are making an effort to bring more transparency to our clients. The simple and official answer to this Reddit post is that yes, this email was sent by a former employee to several members of our company. At one point, we did encourage people to post positive reviews at the launch of this product, consistent with their experiences. There are a lot of reasons for doing that, including the fact that competitors will often post negative reviews of products to swing opinion. It doesn’t really matter what the reasoning was. We have hundreds of thousands of reviews across platforms around the globe and it would be physically impossible for us to have posted even a fraction of these reviews. Client word-of-mouth, sharing how our products have changed their skin, has been the cornerstone of our success. In the end, our products and their results stand for themselves.

(Sunday Riley did not return Vox’s request for comment by publication time.)

Responses were swift and decisive. Fans of the brand on Reddit commented things like, “Joke’s on Sunday Riley, even if they actually have good products now I’ll never believe it because of their manipulation” and “As someone who suffers with acne, I find this extremely upsetting. Advising your staff to write a review saying a product cleared your acne is preying on the vulnerable.”

People have strong attachments to brands, especially when it comes to skin care. This was largely seen as a breach of trust.

So how common is this practice, really?

Sunday Riley is likely not alone here. “This happens a lot. Sephora puts the pressure on brands — they really ‘encourage’ reviews,” says a beauty industry source who wished to remain anonymous so as not to jeopardize their relationship with Sephora and beauty brands. “When you have a new launch, the sales will increase with a ton of good reviews. I do want to reiterate how common this practice for brands is. Sunday Riley just got caught. I’m not defending it, but it’s a vicious cycle.”

Caroline Hirons is a popular and well-respected UK-based skin care blogger and beauty brand consultant. She posted a sponsored video with Sunday Riley a few days prior to this controversy and worked as a consultant to the brand five years ago. She says she was never asked by the brand to post any sort of fake review, and wouldn’t ever agree to do so. But she concurs that it’s a common practice in the industry.

“It’s not the brands. The direction comes from the retailers,” Hirons, who has called out the practice in the past on her blog, says. She notes that she’s never had a request quite as detailed as the Sunday Riley email, though. “I’ve never come across anything that organized. I’ve just had verbal requests in retailer meetings.” (She also clarifies that she’s never heard those requests from UK-based retailers like Space NK, Cult Beauty, or department stores like Selfridges.)

In Hirons’s skin care fan group on Facebook, which has almost 10,000 fans, a user shared a screenshot of communication she had supposedly had with Sephora’s customer service department after she’d asked about the Sunday Riley issue. The email read: “Thank you for taking the time out of your day to reach out to us about this matter. We have recently found out about it and we are looking into it. We do not condone this type of activity. Rest assured we are working diligently on this.” It was signed “Jazlyn, Sephora Client Services.”

Sephora declined to comment for this story, but a representative offered the following comment in the 2017 Racked story about its reviews policy: “The goal of Sephora Ratings and Reviews is authentic client experiences that can inform fellow beauty fans on the product solutions and benefits based on their concerns. Reviews are monitored and if needed, removed if they are truly not centered around the product experience, therefore not a benefit to the larger community.”

The pressure to sell

The shelves of Sephora are crowded, and competition in the beauty industry is fierce. Brands, especially small ones, are under a lot of pressure to sell and to conform to the whims of retailers. Retailers often hold a lot of the cards. Read this cautionary tale about Sephora and the now-defunct makeup brand OCC for an example of how this can sometimes play out.

A small brand owner who wished to remain anonymous wrote in an email to Vox, “We are under a lot of pressure to drive reviews for our products on Sephora.com, but Sephora’s site is also really good about weeding out reviews that aren’t legitimate, so it’s very hard to build up a product page by leaving a large number of ‘fake’ reviews.”

Sunday Riley has struggled in the past few years, facing a lawsuit about false advertising, which was eventually tossed out. It also launched a foundation called The Influencer earlier this year, which no longer appears to be available. But it’s also been actively trying to build its business in the UK, launched a wellness-focused beauty box, and relaunched its website. This will likely be a setback, at least temporarily, but it’s a case that shines a brighter light on how retailers can manipulate customers.

It’s all just a modern-day example of the old adage, “Buyer beware.” As one redditor suggested, perhaps be wary of any review that’s too glowy, and head for mediocre territory: “This is why I tend to trust only the reviews that are 3 stars. That’s where the honesty is.”

What the first ladies have to say about 'zero tolerance' immigration policy
The idea of Crazy Rich Asians made me nervous. The reality of it made me cry with relief.
Bill Gates’s efforts to fight coronavirus, explained
Vox Sentences: The Facebook Papers
“Each city is a ghost city”: Life in Italy under full coronavirus lockdown
Joe Biden skates by again